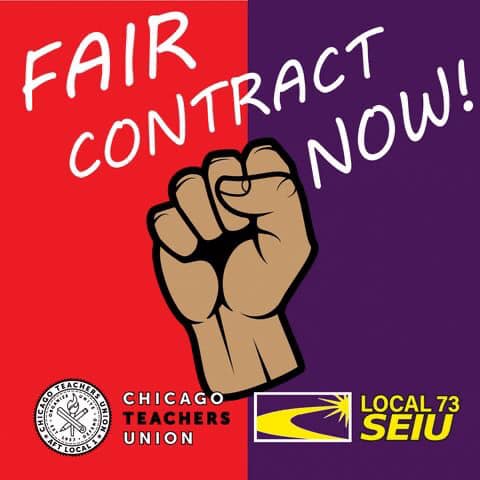 (CHICAGO, ILLINOIS) - Nearly half of Chicago voters would support a Teachers Strike and they would be more likely to hold Chicago Public Schools (CPS) and City Officials responsible for the walkout than the Union and its leaders - but if Chicago Teachers do hit the streets, only a sliver of voters would personally blame Mayor Lori Lightfoot for the work stoppage.

Those are the key findings of a Chicago Sun-Times/ABC7 Chicago poll conducted by Public Policy Polling.  The survey was done late last week and over the weekend with automated telephone interviews of 618 Chicago voters.

The poll, which has a margin of error of plus or minus 3.9 percentage points, offers a lens into the public relations war that has been waged in recent weeks by the city and Chicago Teachers Union to win the hearts and minds of city taxpayers and CPS parents.

Winning public support is paramount as negotiations come to a head and pressure mounts on the two sides to work out an agreement.

The survey found 49% of voters either strongly or somewhat support a walkout, while 38% are opposed.

About 35% said they would hold CPS or City Officials responsible if a Strike happens and another 12% would personally blame Lightfoot.

The Chicago Teachers Union and Teachers in general, meanwhile, would provoke the ire of 19% of voters, while another 16% would hold Union Leader Jesse Sharkey responsible.

CPS parents, who made up a quarter of the voters polled, were more likely to support a Strike - and to blame Lightfoot for the ordeal.

More than half supported a Strike and nearly one in five parents placed responsibility personally on the mayor.

Asked who would be hurt most by a Strike, 62% said CPS students.

Only 2% said the CTU would be harmed by a Strike.

To Directly Access This Labor News Story, Go To: https://chicago.suntimes.com/city-hall/2019/10/14/20914655/poll-chicagoans-support-teachers-strike-lightfoot-union-ctu-cps?fbclid=IwAR2ml3do6uK3SD0BCaDmqTmK2A3phzph3E21nuBoKbJcZpK6bNa6wN0CYtA