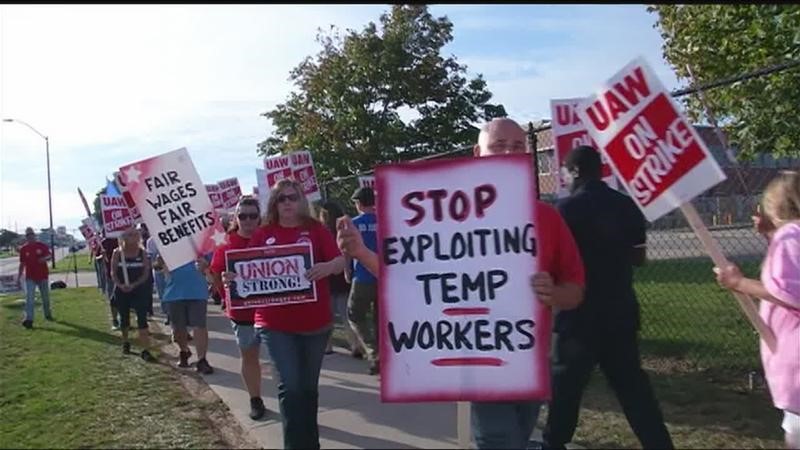 Details of the proposed deal were not immediately available.

However, the UAW’s roughly 48,000 Members with GM are expected to receive raises and bonuses as part of the accord.

Based on previous proposals, the company also will invest at least $7 billion to $7.7 billion in its manufacturing operations and add thousands of new Hourly Union Jobs during the next four years.

“The number one priority of the National Negotiation Team has been to secure a strong and fair contract that our Members deserve,” UAW Vice President Terry Dittes, the Director of the UAW GM Department, said in a statement.

The UAW’s National Negotiating Team is recommending that Union Members take the deal.

Dittes said he is refraining from discussing details until Local Union Leaders can meet in Detroit tomorrow (Thursday, October 17th) to review the proposed Tentative Agreement.

The deal is likely at least two weeks away from being finalized by Rank-and-File Union Members.

It still needs approval from Local Union Leaders, who are expected to be summoned to Detroit from across the country to vote on it.

The Local Leaders will also decide whether Workers will remain on picket lines or return to work during the voting process.

If the local UAW Leaders approve the proposed contract, GM’s Unionized Workforce must then vote on it.

The new contract, if ratified by UAW Members, will be used as a template by the Union for negotiations with Ford Motor and Fiat Chrysler.

To Directly Access This Labor News Report, Go To: www.cnbc.com/2019/10/16/gm-uaw-agree-on-tentative-labor-contract-that-could-end-strike.html