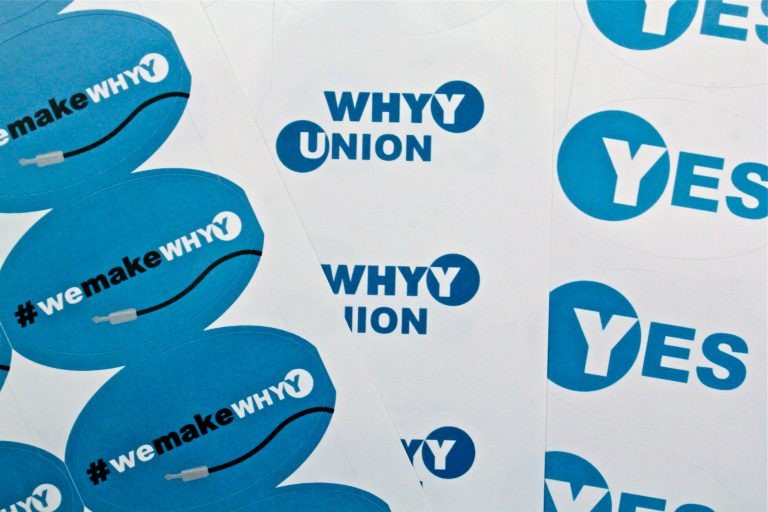 (PHILADELPHIA, PENNSYLVANIA) – Close to 100 Reporters, Producers, Program Hosts and other Employees at NPR and PBS-affiliated WHYY in Philadelphia want to be Unionized and more than 80% of them have signed on to a petition asking management to voluntarily recognize a Union formed with Screen Actors Guild-American Federation of Television and Radio Artists (SAG-AFTRA), the group has announced.

“WHYY has become a bastion of Philadelphia journalism at a time when local Media Institutions have collapsed across the country.  Yet over and over, talented Employees leave due to untenable working conditions.  We want to be able to stay and build our careers at WHYY without sacrificing our well-being,” the petitioners said in a message on Twitter.

The Union would include Content Creators at WHYY-FM, WHYY-TV and the organization’s website, along with some Employees who coordinate events, but would not include managers.

WHYY management did not immediately agree to the request.

“We respect the rights of our Employees to engage in this process and look forward to discussing with them whether the most beneficial way to do this is through SAG-AFTRA,” said Art Ellis, WHYY’s Vice President of Communications and Member Relations, in a written statement.

The petitioners said if WHYY does not offer voluntary recognition, the Employees and SAG-AFTRA will ask the National Labor Relations Board (NLRB) to oversee a formal vote by Employees to form the Union.

In an e-mail, the petitioners said they were “disappointed - but frankly not surprised that management has chosen not to voluntarily recognize our Union.”

WHYY sent its statement to the press before disclosing the decision to Employees, which is “just another sign that more transparency and accountability are needed,” they said.

“We are prepared to file with the NLRB and win,” they added

The Union Drive follows a wave of similar efforts at news outlets across the country, including Vox Media, BuzzFeed and The Los Angeles Times.

However, some organizing attempts have been met with resistance.

BuzzFeed News Staffers staged a walkout earlier this year before the company agreed to recognize the Union voluntarily.

SAG-AFTRA already represents Journalists and other staff at National Public Radio, WNYC, and a number of other Regional Public Media Stations.

To Continue Reading This Labor News Story, Go To: https://whyy.org/articles/whyy-reporters-producers-form-union-ask-for-voluntary-recognition/