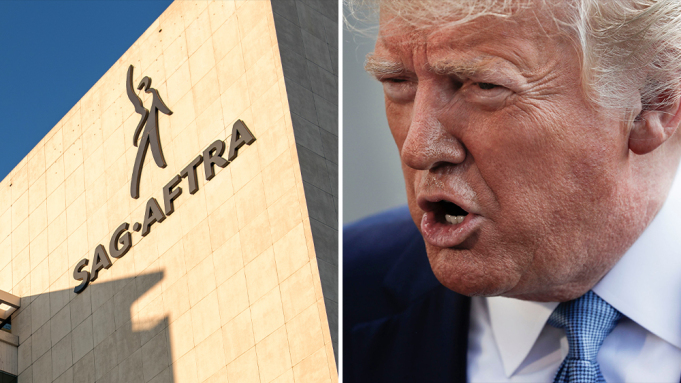 (LOS ANGELES, CALIFORNIA) - More than 400 delegates to Screen Actors Guild‐American Federation of Television and Radio Artists’ (SAG-AFTRA) Biennial Convention that just wrapped up in Los Angeles unanimously passed a resolution in support of a “free and unencumbered press.”

The resolution appears to be aimed directly at Republican President Donald Trump, who has called numerous news organizations - including CNN, NBC, CBS and ABC - “the enemy of the American people.”

Trump is a member of the Union, but isn’t mentioned in the resolution by name.

“We are living in an extraordinary time when the news media has been attacked as spreading false stories and as an enemy of the people,” the resolution states. “SAG-AFTRA has on at least two occasions since the last national convention, issued strong statements on behalf of a free and unencumbered press.”

Both of those occasions came after Trump made false and insulting remarks about the media.

“SAG-AFTRA believes that the entities that employ Journalists must do everything they can to ensure their freedom, protection and safety,” the resolution continued. “As a proud Labor Union representing more than 160,000 Broadcasters, Actors and Entertainers, the Union stands with all of its Members in ensuring that the basic rights of an unrestricted and Independent Press continue to be defended.”

To Directly Access This Labor News Story, Go To: https://deadline.com/2019/10/sag-aftra-convention-unanimously-approves-press-freedom-resolution-aimed-at-donald-trump-1202758542/