3,500 UAW-Represented Mack Workers Go Out On Strike, Began Picketing Today After Negotiations With Management On A New Contract Dragged On For 10 Days After Key Deadline 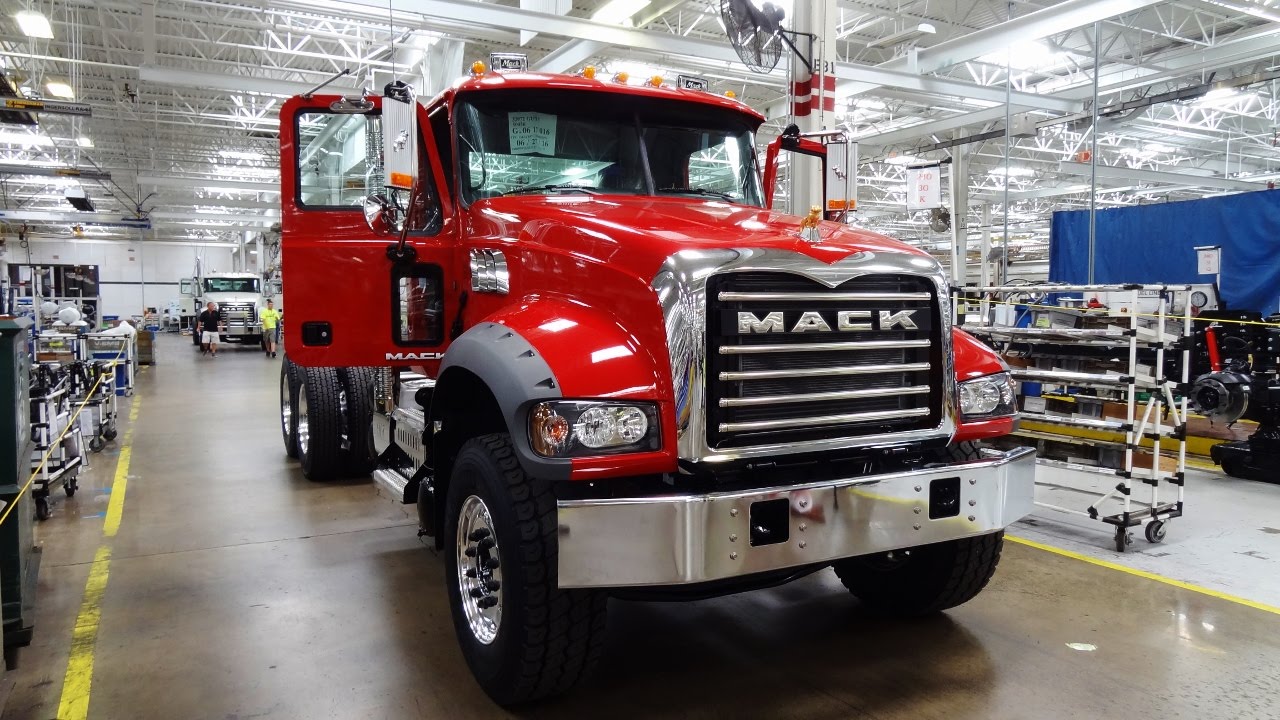 (GREENSBORO, NORTH CAROLINA) - About 3,500 Mack Trucks employees in three states are on Strike today (Sunday, October 13th) - for the first time in 35 years.

The letter notes Employees working at that time will exit company facilities in an orderly manner.  “If you are working, please leave the building at this time and go home,” the Union told workers in a message on its website.

Workers were asked to show up at 8 a.m. today for picketing.

The Strike Notice went up after negotiations dragged on for 10 days past a key deadline.

It is the first Strike for Mack since 1984, when 9,200 workers stayed out for nine days, closing the manufacturer’s U.S. plants before a tentative agreement was reached.

The Strike includes Mack’s massive Assembly Plant in Lower Macungie Township, which employs about 2,400 people.  UAW Local 677 members in Allentown and Middletown, Dauphin County, also will be affected, along with other UAW Local Members in Baltimore and Hagerstown, Maryland and Jacksonville, Florida.

“Over the last three months, we have met with company representatives in an effort to address issues raised by our Members,” Curry wrote to D. William Waters, Director of Employee and Labor Relations at Volvo Trucks North America, Mack’s sister company under Sweden-based Volvo Group’s umbrella. “We are disappointed that the company failed to provide any substantial offer prior to the October 1st expiration date or during the subsequent meetings held during the period in which we extended the contract.”

In a statement Saturday, Mack President Martin Weissburg said he was: “Surprised and disappointed that the UAW decided to Strike, rather than to allow our employees to keep building trucks and engines while the parties continued to negotiate.  The positive working relationship between local UAW Leadership and management at our facilities was clearly in evidence throughout the negotiations, and progress was being made.”

Once the previous three-year agreement expired at 11:59 p.m. on October 1st, the two sides agreed to continue operating under the terms of the existing agreement as negotiations progressed.

The UAW told its Members to report to work as scheduled and await further updates as the day-by-day extension neared expiration at 11:59 p.m. on Saturday.

But now Workers are out on Strike, something Union Members had voted on September 20th to authorize - if necessary, a vote that has become a typical part of the negotiating process.

Curry’s letter says the Union was hoping to avoid a Strike, but that the two sides were unable to resolve several issues, including wage increases, health care and prescription drug coverage and work schedules.

To Directly Access This Labor News Story, Go To: www.mcall.com/business/mc-biz-mack-trucks-uaw-labor-agreement-talks-20191012-ha4s6fzadvh7diwexk5jo47v4a-story.html