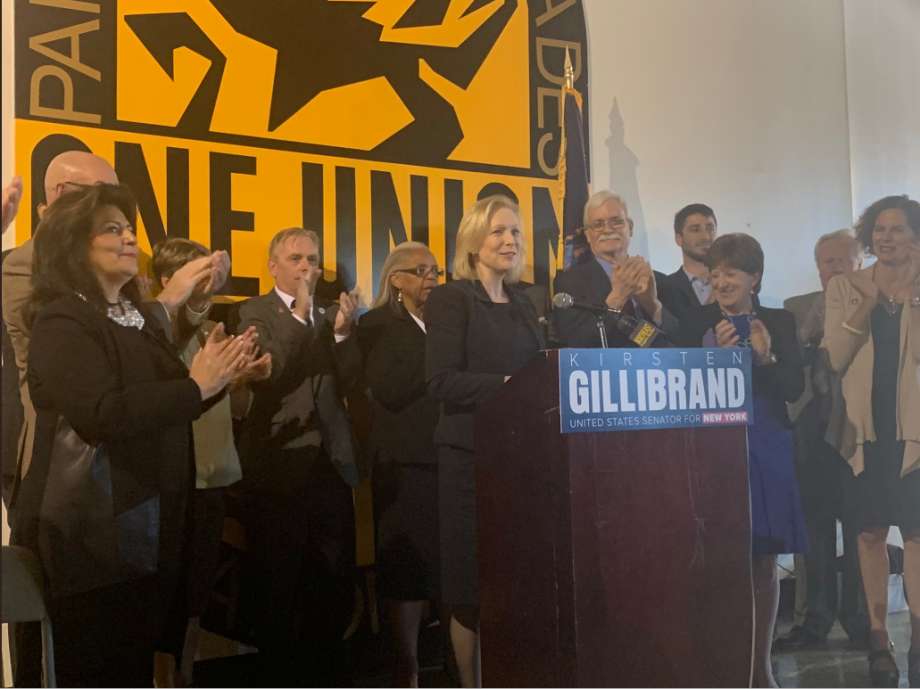 (SYRACUSE, NEW YORK) – U.S. Senator Kirsten Gillibrand made a stop in Syracuse and then in Albany this week to announce legislation that aims to reverse decades of segregation and limited opportunity caused by I-81 through the city.

Her Build Local, Hire Local Act would require any future Federal Infrastructure Projects like the replacement for 81 to reserve at least half of the jobs for local residents.

"The targeted hiring requirements of my Bill would combine with an investment in job-training-like Apprenticeships to give more Workers in every community the necessary skills, and to clear a pathway for high-quality infrastructure jobs," she said.

The Bill would also guarantee that at least 30% of new infrastructure contracts go to businesses owned by Minorities, Women or Veterans.  It would also require a review of a company's Labor history and practices during contract considerations.

"What this means is that if the project were to start tomorrow, only a very small number of Syracuse city residents would be able to work on the project.  It can be a local job changer, but only if the New York State Department of Transportation makes an intentional effort toward local hire, and this bill is one way to do just that," Urban Jobs Task Force and Legal Services of Central New York Task Force President Deka Dancil said at the news conference.

"Unions and Union Members are the heart and soul of Albany," Gillibrand said. "(They're) also the heart and soul of America, which is why I deeply believe in the responsibility of the Federal Government to help support the growth of Unions and to give Unions the power they need to effectively advocate for the rights of our Workers," the Senator said.

During her announcement, Gillibrand referenced the upcoming Amazon Distribution Center in Schodack, which she said is being built by out-of-area contractors.

Parts of Gillibrand’s Build Local, Hire Local Act are included in a larger Transportation Bill, which she says has bi-partisan support.  She said she hopes it can be passed by year’s end.

For More On This Labor News Report, Go To: www.waer.org/post/sen-gillibrand-introduces-legislation-requiring-local-hiring-infrastructure-projects And www.timesunion.com/business/article/Gillibrand-announces-build-local-hire-local-bill-14509723.php