Together, Climate Change Activists & Labor Can Make A Just Transition Work For All 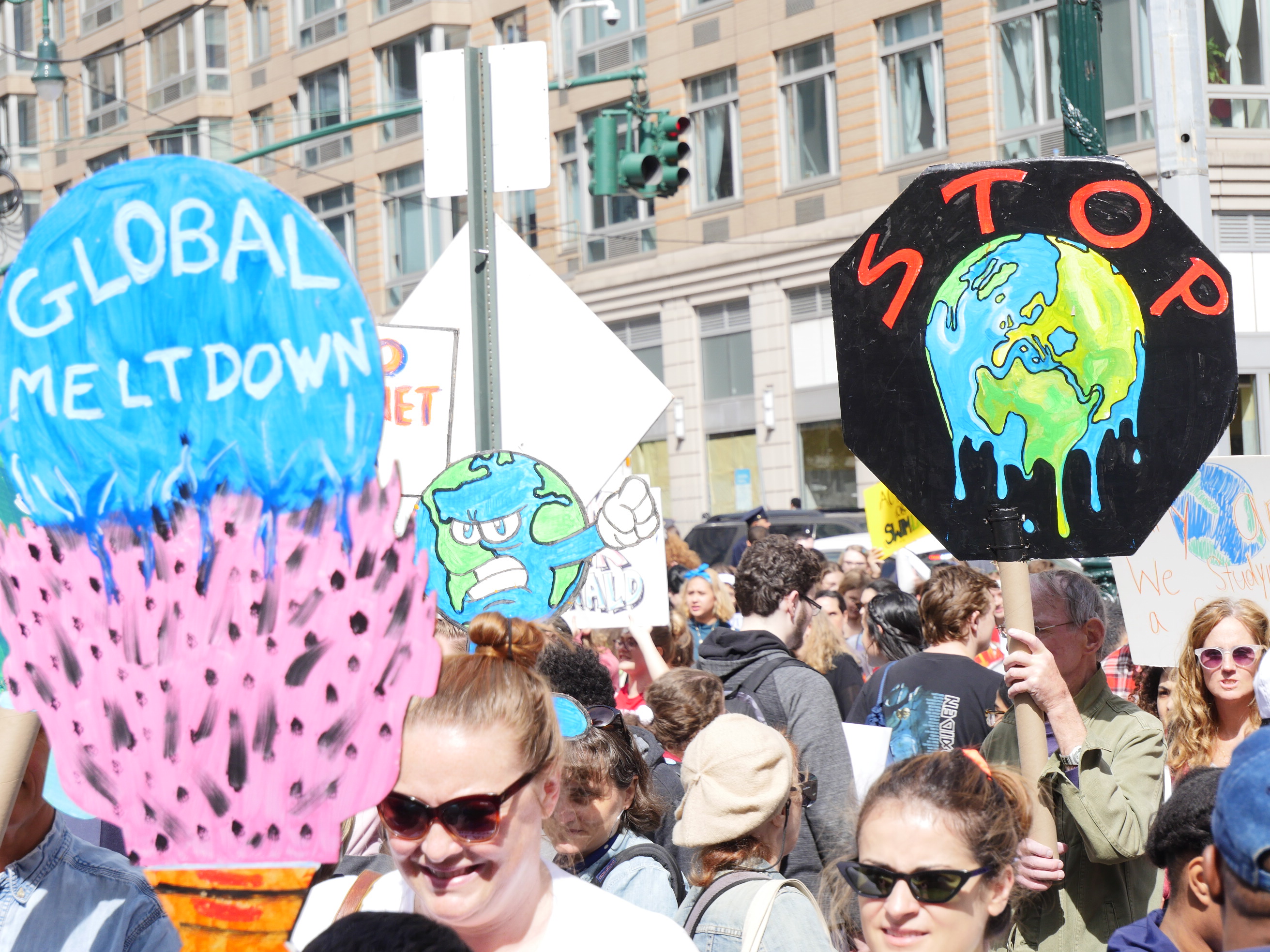 (NEW YORK CITY) - Climate Change Activists with Extinction Rebellion are conducting a series of direct, non-violent actions around New York City this week that could be a guaranteed game-changer if the full force of Organized Labor was also brought to bear.

Imagine, the impact of Hardhats, Teachers, Transit Workers and other Trade Unionists joining shoulder-to-shoulder with Extinction Rebellion New York in shutting down traffic at just one or two intersections around Midtown.

Imagine, if Climate Change Activists and Trade Unionists still worried about the possibility of immediate job losses or a degraded standard of living, could get together, put everyone’s mind at ease, and hammer out a truly nitty-gritty details of a “just transition” to a Green Economy.

Imagine, too, if a few cops with their own families to worry about, also joined in, or, at the very least, lent their support in some capacity during this week’s actions.

Far from fanciful or fantastical – everyone’s convinced that we have as little as 10 years left to quit burning fossil fuels and shift to renewable energy or face the truly catastrophic consequences of global warming - see the radical change that the above represents as vital to our collective survival.

In a letter sent to the New York City Council prior to this week’s schedule of direct, non-violent actions, the Political Strategy Working Group for Extinction Rebellion’s New York Chapter wrote: “We write on behalf of Extinction Rebellion New York to request to meet with you directly and that you join us in supporting demands we will put forward during the October 7th week of climate rebellion to address the climate emergency.”

The letter goes on to state that despite the City Council’s Climate Emergency Declaration advanced this past June, “not enough is being done to act on and follow up with clear, actionable steps to mitigate the issues identified in the declaration.”

Extinction Rebellion got its start in the United Kingdom last year and has quickly gone on to become a worldwide movement with 631 branches in 72 countries.

What Climate Change Activists want and the radical strategies they are pursuing to achieve those goals, should be familiar to every American Trade Unionist out there.

“You’re basically holding the economy of a city to ransom,” Roger Hallam, Extinction Rebellion Co-Founder and Researcher at King’s College London, told award-winning Journalist Chris Hedges earlier this year. “It’s the same dynamic as a Labor Strike.  You want to get into the room and have a negotiation.”

Labor wants, and must have, a seat at that very same table.

“If young people want Labor’s support, they need to be advocating with us for a just transition,” Mason Tenders District Council Assistant Business Manager Mike Hellstrom told LaborPress during last month’s Global Climate Strike actions in New York City. “They have to get this ‘just transition’ down (cold).  Corporate power will shift from Blue Collar to Green Collar if we come together to save the planet.”

The unrealized potential to instill Trade Unionism in the hearts and minds of a whole new generation of Working People, while creating scores of new Union Jobs with good Middle Class wages and benefits, only makes the cost of continued inaction on climate change and the reticence surrounding a “just transition” to a Green New Deal, all the more tragic.

As one long-time Trade Unionist told LaborPress: “(Organized Labor) missed an opportunity with Occupy Wall Street - we should have backed those kids.”

Organized Labor still has an opportunity to back the kids and create a better world for everyone.

To Directly Access This Labor News Story, Go To: http://laborpress.org/together-climate-change-activists-labor-can-make-a-just-transition-work-for-all/