Trumps Bait & Switch Assault on Labor  With The Help Of The U.S. Supreme Court, The NLRB, His Executive Orders & Deregulation, Trump Has Launched A Multifaceted Assault On The Labor Movement

Trumps Greatest Fraud Of All - While Uttering Meaningless Platitudes About Fighting For Workers, Hes Setting Back The Labor Movement In Ways That Previous Administrations Could Never Do 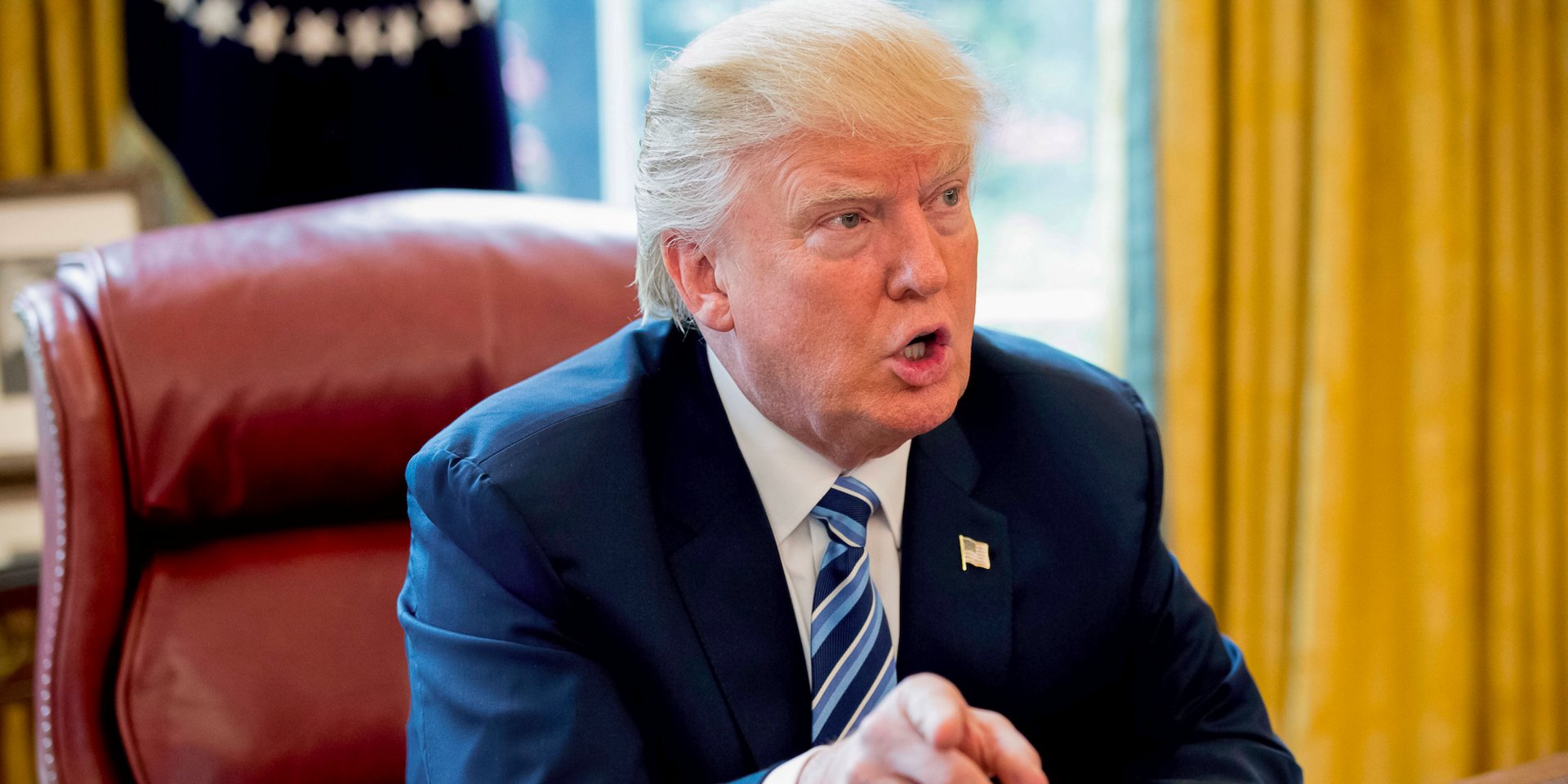 This kind of pro-Working-Class banter from Donald Trump, speaking to the North American Building Trades Union (NABTU) in 2016, was a common feature throughout his Presidential Campaign.  Sorely lacking from the Clinton campaign, this rhetoric and demeanor helped Trump position himself as an insurgent candidate who would fight for the Working Class once in office.

But unsurprisingly, the Trump Administration’s has failed Working People.

Besides not delivering on certain grand promises, he’s managed to launch a multi-faceted assault on the Labor Movement that is achieving what many Republicans and Neo-Liberal Democrats have been wanting for years with the help of the Supreme Court, the NLRB, executive orders and deregulation.

Beyond the ridiculous headline-grabbing tweets and the continuous culture-war baiting, Trump represents an existential threat to the Labor Movement and the institutional means through which Working Class People can fight back against ramped-up Neo-Liberalism.

Fighting Trump on the level of decorum, discourse, or impeachment political theater will not shift the terms of debate in the Left’s favor.  It certainly won’t reveal the truly insidious features of this administration and the actual stakes involved in fighting him.

A comprehensive assessment of this administration’s record on Labor is in order as we prepare for a tough, protracted battle to expand Workers’ horizons in 2020 and beyond.

Trump has wasted no time in rolling back many of the rather mild Labor Regulations that are in place to give Workers some level of protection.

He supported the repeal of Obama’s Fair Play and Safe Workplace Executive Order that protected Workers from Wage Theft.

Before Trump, Workers had to earn over $23,000 a year before the requirement of overtime pay kicked in.  Now that requirement has been moved to $35,000, eliminating that opportunity for the growing number of low-wage Workers in the American economy.

For these same low-wage Workers, Trump ran on supporting a $10/hour Minimum Wage - but has yet to take any action on it.

Worker health and safety has perhaps suffered the most under Trump’s regime.

Among the many things Workers give up when they go to their job each day is a guarantee of physical and mental safety.

The U.S. Occupational Safety and Health Administration (OSHA) is being severely attacked and undermined, as their number of Workplace Safety Inspectors has fallen to the lowest ever in the agency’s existence.

To further add to the damage, Trump removed a rule requiring corporations to keep records of Worker injuries from year-to-year.

In order to save the industry some $11 million a year, the Trump Administration canceled a requirement for training for Construction and Shipyard Workers to avoid exposure to beryllium, a known carcinogen.

To Continue Reading This Labor News Story, Go To: www.jacobinmag.com/2019/10/donald-trump-labor-unions-workers?fbclid=IwAR22xj6_4SWaE8kME9q1yYVcxzK-f79vDrQ0S-F8qfF5ojL0NSoJEOdF0UQ