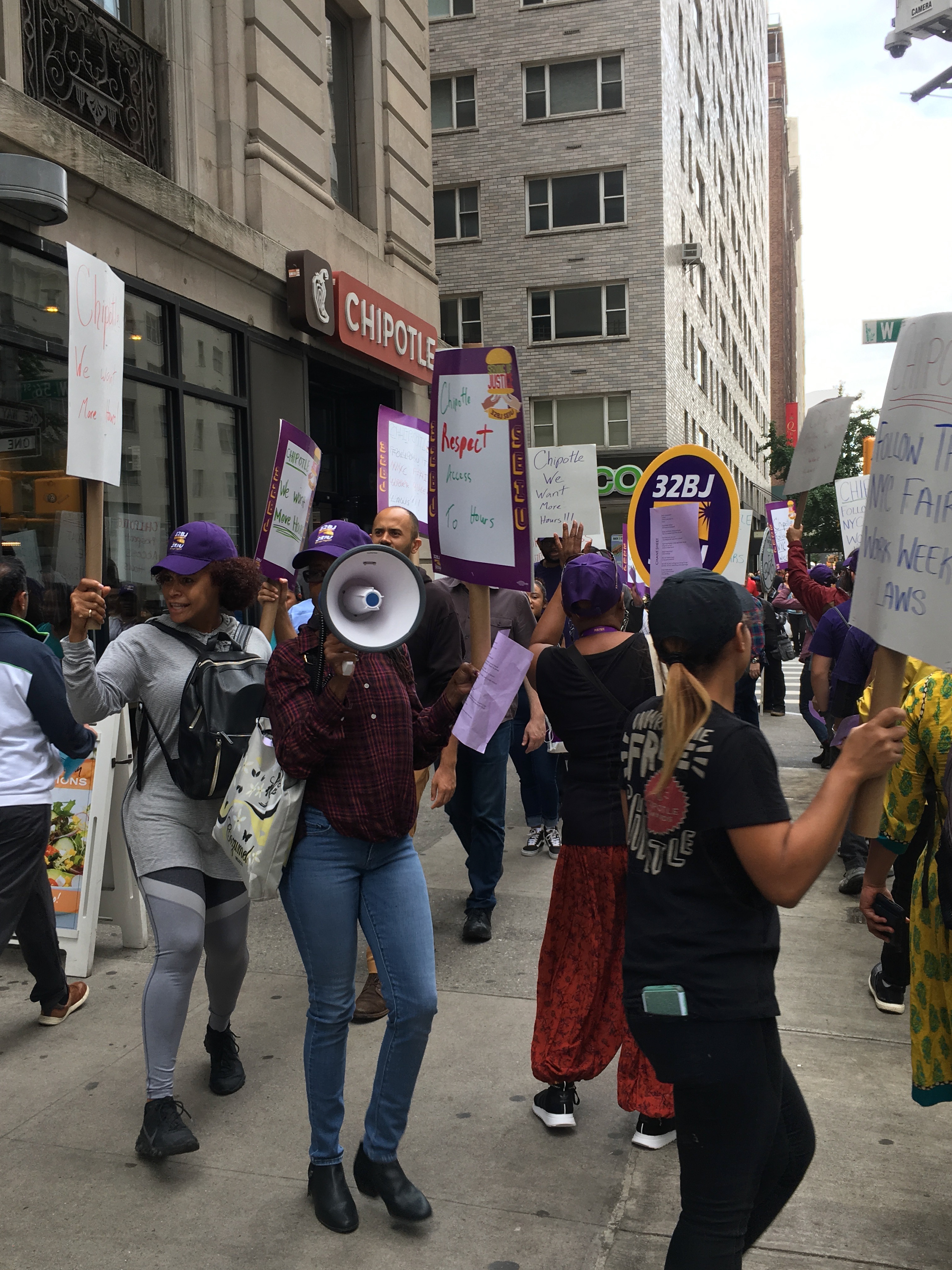 “I ‘can’t survive on the hours that are being picked and chosen to go to certain people,’” Chipotle Grill Man Jeremy Pereyra said outside the 6th Avenue and West 56 Street eatery. “I ‘feel that something has to change.’”

Passed two years ago, the City’s Fair Workweek Law compels Fast Food Chains to give Workers “good faith estimates of when and how much they will work, predictable work schedules and the opportunity to work newly available shifts before hiring new workers.”

“We are finding out that stores, including the one we are standing in front of, ‘are not complying with the law because they are trying to find loopholes to do scheduling in a different way,’” Council Member Keith Powers (Democrat-4th District) told LaborPress.

Instead of granting requests for additional hours, Pereyra and his Co-Workers say Chipotle managers continue to accept new hires, while encouraging existing Employees like them to apply for additional shifts - at separate Chipotle outlets around town.

“This new ruse by Chipotle is a clear violation of the Fair Workweek Law,” 32BJ Service Employees International Union (SEIU) President Kyle Bragg said in a statement. “The law requires that fast food employers systematically offer existing Employees open shifts before hiring new Staff.  But that’s not what workers are telling us is happening.  Workers at the 56th and 6th store say their supervisors still hire new Staff, but tell current Workers to apply to other Chipotle stores to fill open hours there.  That is not how the law is supposed to work.”

SEIU successfully spearheaded the Fight for $15 (and a Union) Movement back in 2012 and 32BJ has been working closely with Chipotle Workers throughout New York City in their fight to organize for better working conditions.

Last week, another group of Chipotle Workers walked off the job at a Downtown eatery to protest ongoing Fair Workweek violations.

The New York City Department of Consumer and Worker Protection is now investigating more than 20 Chipotle outlets throughout the City for allegedly violating the Fair Workweek Law.

To Continue Reading This Labor News Story, Go To: http://laborpress.org/workers-chipotle-is-finding-new-ways-to-screw-employees-out-of-hours/