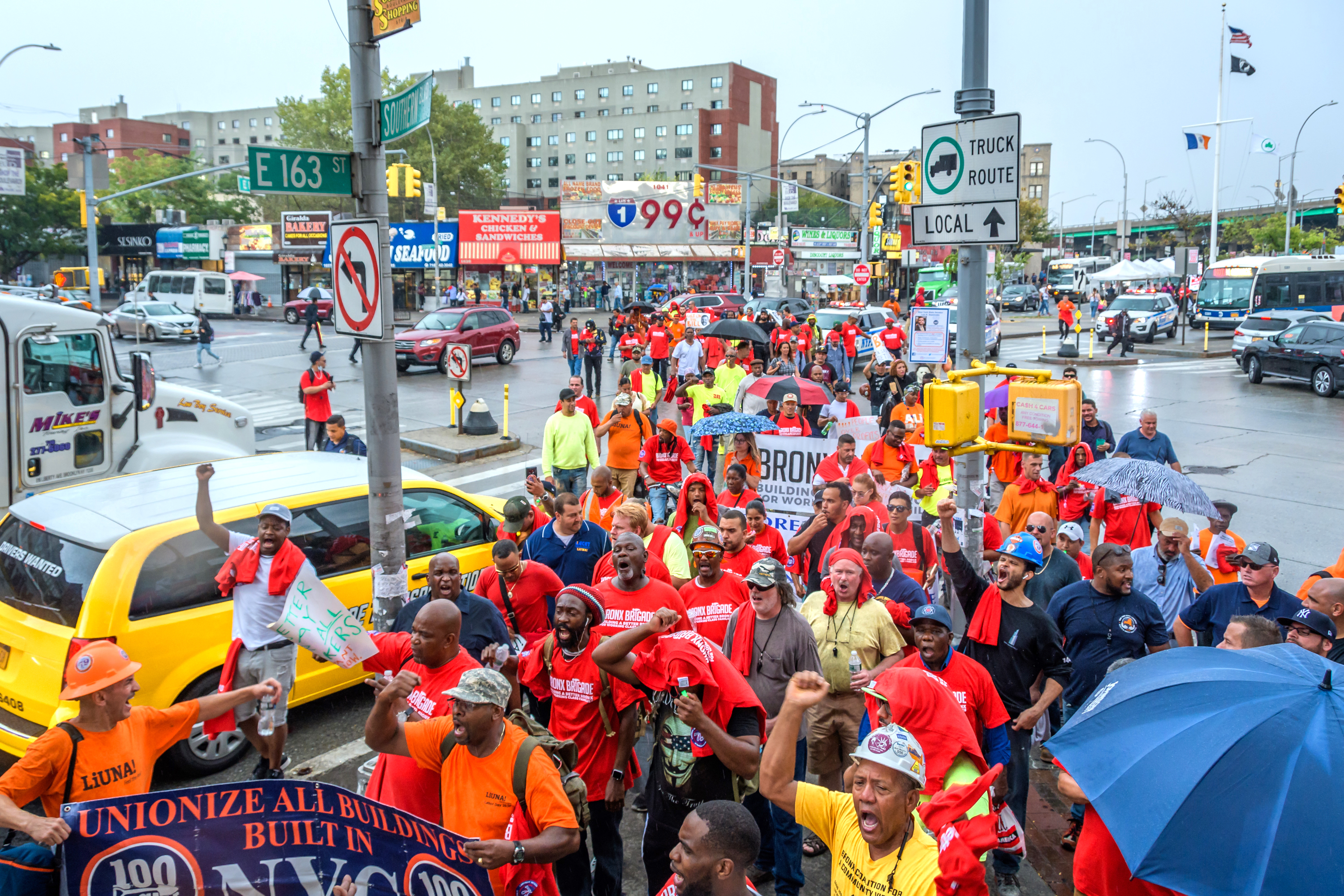 State Senator Luis Sepúlveda (Democrat-32nd District) says he opposes Prevailing Wage Legislation aimed at lifting the salaries of thousands Of Construction Workers on tax-payer-backed projects because he is “concerned about the lack of representation of Working Class People of Color within the Trade Unions and public works projects.”

“Particularly among the leadership, which do not reflect the demographics of my community,” Sepúlveda said in a statement sent to LaborPress last week, adding a “flawed Prevailing Wage Bill has the potential to make local hiring even more difficult and put MWBE’s (Minority and Women-Owned Business Enterprises) at a greater disadvantage.”

That stance, however, has elicited stern rebukes from Construction Workers who insist that Sepúlveda is “misguided” and wrong about a lack of diversity in the Building Trades, and that Prevailing Wage Legislation in the construction industry will benefit many Immigrants and People of Color living in his district and throughout the Bronx.

Steve Andujar, a Business Agent for Laborer’s Local 79, says he’s a member of a “diverse and inclusive Union Family” that is only becoming more so with each passing year, and that “Non-Union and Union Bronx Construction Workers know that Prevailing Wages ‘must be part of any progressive economic agenda focused on empowering Working Class Immigrants and People of Color.’”

Members of Laborer’s Local 79 joined with Non-Union Construction Workers in a vociferous march on Sepúlveda’s East 163rd office last week, urging him to back Prevailing Wage Legislation (A1261/ S1947).

“The Public Works Legislation we support would raise wages for thousands of Construction Workers – many of whom are Working Class Immigrants and People of Color living and working in State Senator Luis Sepúlveda’s District,” Andujar said in a statement. “As a champion of Immigrants, State Senator Sepúlveda should know that raising wages for construction jobs will help many Immigrant Residents in his district who do difficult, and often dangerous, work of building the future of the Bronx.  Many big development projects in the Bronx will continue to receive taxpayer support in the form of subsidies or abatements.  It’s fair and reasonable to expect that these projects will create good-paying jobs for the many Immigrants and People of Color who build them.  The Public Works Bill would help create thousands of good-paying jobs in the Bronx in the coming years.”

Critics of State Senator Sepúlveda say he is siding with the real estate industry against workers.

New York’s powerful real estate industry is strongly lined up against Prevailing Wage Legislation in both the Assembly and Senate, with the Business Council of New York State, the State’s leading statewide business and industry association, writing earlier this year that “the result of this legislation would be to significantly increase the labor costs, and therefore the overall project costs, of all projects subject to this new wage mandate.”

To Continue Reading This Labor News Story, Go To: http://laborpress.org/construction-workers-call-bs-on-bronx-senators-prevailing-wage-stance/