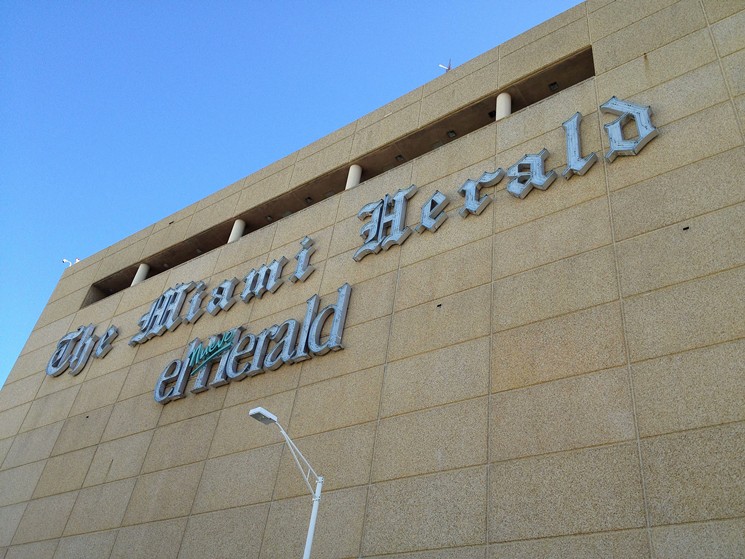 (MIAMI, FLORIDA) - Months after Reporters revealed McClatchy News CEO Craig Forman had received a $1 million bonus and $35,000 per-month housing stipend - while laying off Journalists and other Workers at his news corporation, Employees in The Miami Herald and El Nuevo Herald newsrooms publicly announced they plan to Unionize.

"Our journalism is strong when our Journalists are strong," the newly-named One Herald Guild announced. "But for more than a decade, under the direction of our corporate owners, el Nuevo Herald and the Miami Herald have dramatically downsized, cutting costs by shrinking Staff through buyouts, layoffs and consolidation.  As corporate financial pressures have forced us to do more with less, we have remained committed to working with professionalism and integrity, mindful of the cutbacks that have come from a business model that is dying.  For us, this is not just a job but a vocation.  We believe a robust and independent press is integral to a healthy Democracy."

If the Guild Organizers succeed, The Herald will become the fifth McClatchy paper to Unionize. The organizers plan to join the NewsGuild, a branch of the Communication Workers of America (CWA).  Florida's major newspapers have not historically been Union Shops, but The Sarasota Herald-Tribune, Lakeland Ledger, and Florida Times-Union in Jacksonville have all voted to Unionize within the last five years.

After this story was initially published, New Times obtained a newsroom-wide email from Herald Executive Editor and Publisher Mindy Marqués González, in which she accused the organizers of spreading "misleading and inaccurate information" without listing what that information may be.

Mere hours after the organizers announced their plans to unionize, Marqués said The Herald would not voluntarily recognize the Union - and instead said the organizers would be forced to hold a vote with the National Labor Relations Board (NLRB).

In response, the Union tweeted that more than 70% of the newsroom's Employees have signed cards in favor of Unionization - enough to win an election with the NLRB.

Like most big-city daily newspapers, The Miami Herald has been decimated by layoffs and budget cuts since the bottom fell out of the News Industry after the Great Recession.

The paper endured a series of ownership changes - in 2006, the News Conglomerate McClatchy took on a staggering amount of debt to buy The Herald's then-parent company, Knight Ridder, for $4.5 billion.

To Continue Reading This Labor News Report, Go To: www.miaminewtimes.com/news/miami-herald-employees-announce-union-drive-11280078