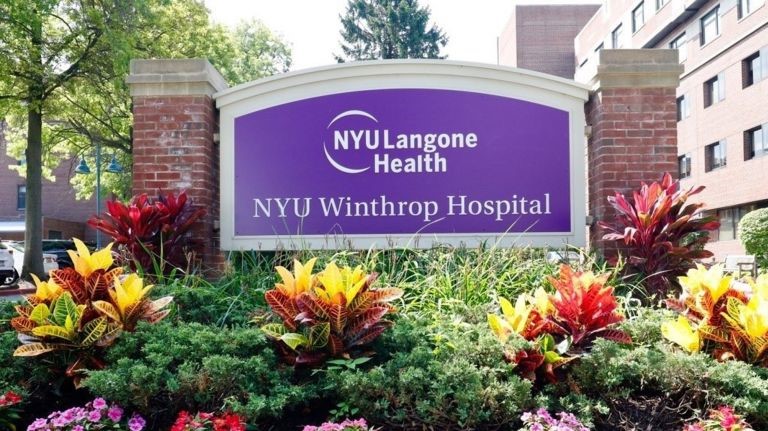 The final vote was 817 to 142.  SEIU Officials added that the Hospital Workers who were eligible to join included Nursing Assistants and Dietary Aides. The agreement does not include Doctors or Registered Nurses. The hospital employs 9,600 Workers, officials said.

The Union didn't specify when the Workers will receive the Union Benefits, which they said included no-cost health care, a pension, as well as child care and education benefits.

“We respect the National Labor Relations Board process and will continue to work in the best interests of our Staff and our patients," NYU Winthrop said in a statement sent to Newsday.

SEIU said NYU Langone employees at other facilities in the health system are already members of the union, covered by an existing contract.

"The newly organized Winthrop Workers will be entitled to the benefits of this agreement since Winthrop is now part of NYU," the Union said in a statement.

Candace Greenidge, a Nursing Assistant at Winthrop, added in the statement: “I have three kids and I’m looking forward to the child care benefits I will receive.  I’m also eligible for the pension and having strong benefits when I retire is really important for me and my family."

SEIU Local 1199 United Healthcare Workers East, which says it is the largest Health Care Union in the Nation, represents more than 250,000 Health Care Workers in New York State and more than 450,000 Members throughout the East Coast.

Its Members also work at other Regional Health Systems with a presence on Long Island, including Northwell Health and Mount Sinai, according to the Union's website.

To Directly Access This Labor News Story, Go To: www.newsday.com/business/seiu-local-1199-nyu-winthrop-1.37015193?fbclid=IwAR2vwGiTIbb7hdM3wvkA7KPhjwGExEHoHYioNDW0FY6EqogPLhCtWvB6o10