UAW & GM Near Deal To End Strike As Only Pay Issues Remain - Progress Has Been Reportedly Made On Pay & Pensions, Sides Have Also Agreed On Health Care & Temporary Worker Issues 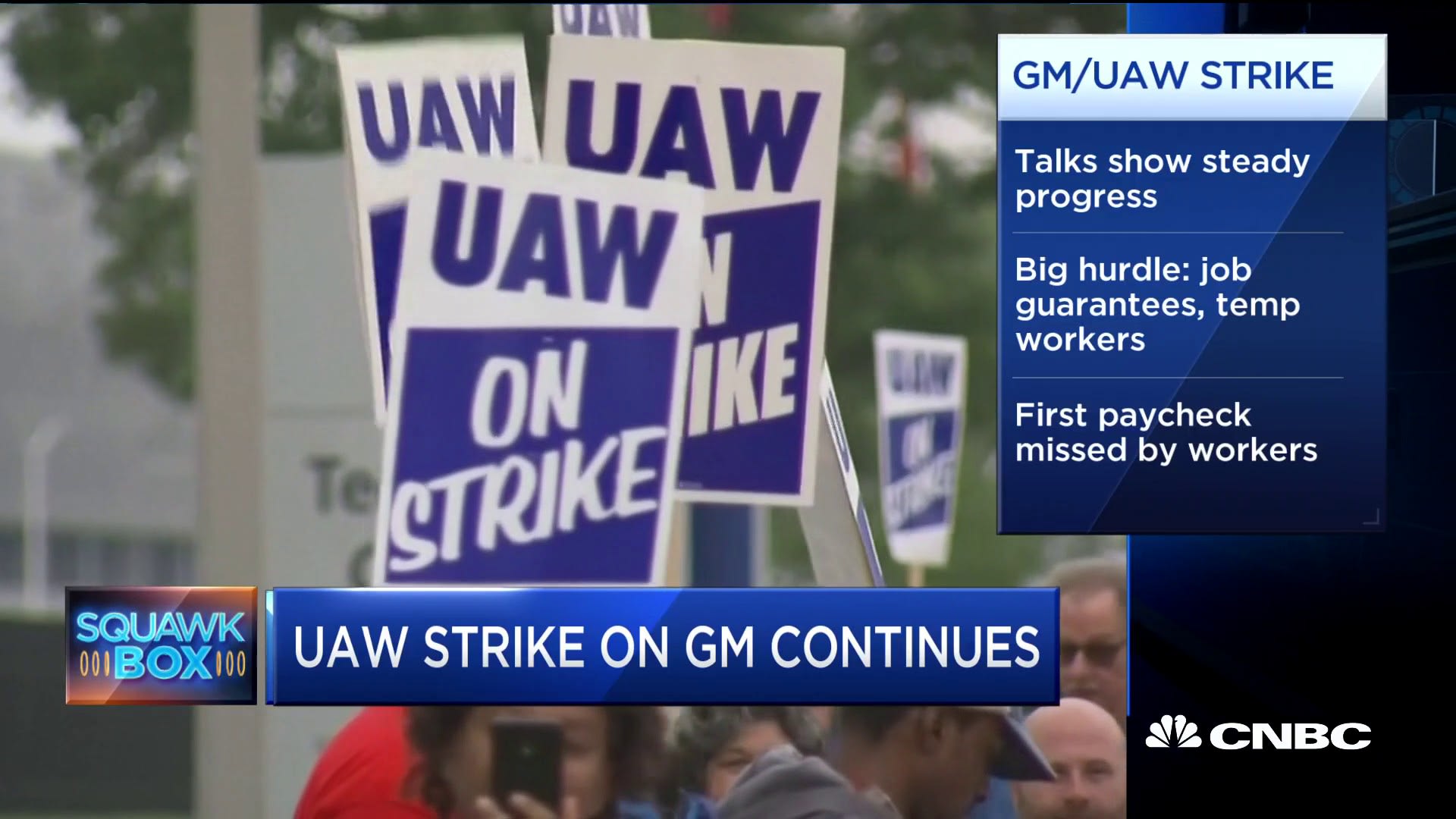 (DETROIT, MICHIGAN) – The United Auto Workers (UAW) and General Motors (GM) have moved closer to a deal that would end the Strike that’s divided them for almost three weeks.  GM and the UAW have reportedly agreed on most of the key issues, but two main sticking points remain.  They are boosting Employee Pension Plans and shortening the length of time required for Entry-Level Workers to earn top hourly pay of $28, according to people familiar with the matter.

In the past week, the two sides have agreed on health care, which will remain mostly untouched from the current plan, the people said, asking not to be identified because the agreement isn’t final.  They’ve also agreed on one of the biggest outstanding issues: How to give Temporary Workers a path to full-time employment.

The pressure for a deal has been increasing, on all sides, and the issues are surprisingly complex - from corruption investigations of Union Leaders to the suffocation of traditional engines in favor of electric to an economy many believe could flip into recession with the economic damage of a longer Strike at a company like GM.

And the fight isn’t over once an agreement is reached - the deal must be ratified by all UAW Members.

After four years of record profits for the company, the Union-represented Workers want a share of the spoils, said Kristin Dziczek, Vice President of the Labor and Economics Groups and the Center for Automotive Research.  “They ‘will have to sell it,’” she said.

If a tentative deal is signed, Union Workers may stay on Strike until they vote to ratify the four-year deal.  UAW Local Leaders nationwide will convene in Detroit to decide whether to remain out of work until that ratification vote is completed.

However, GM and the UAW continue to debate over a boost to retirement accounts for older Workers with pensions and newer hires with 401k plans.

Another outstanding issue is pay progression for Temporary Workers.

But both sides were making progress, the people said.

Both sides have made broad agreements on many issues that still need to be finalized.

The people didn’t say how much of a raise Workers will get.

GM originally wanted to give Workers 2% raises in two of the contract’s four years, interspersed with 2% lump sum payments in the other two years.

For Temporary Workers, negotiators have discussed a path to full-time employment after three years.  The two sides are debating whether a Temp who was laid off can accumulate time once called back, one of the people said.

To Directly Access This Labor News Story, Go To: www.bloomberg.com/news/articles/2019-10-05/gm-and-uaw-near-deal-to-end-strike-as-pay-issues-remain?utm_content=business&utm_medium=social&utm_campaign=socialflow-organic&utm_source=facebook&cmpid=socialflow-facebook-business&fbclid=IwAR2RIabTUczy3RHPorUNCeSp_29xCSkf9kMtN749Dz-7Yyd2y8SZOW1ncN0