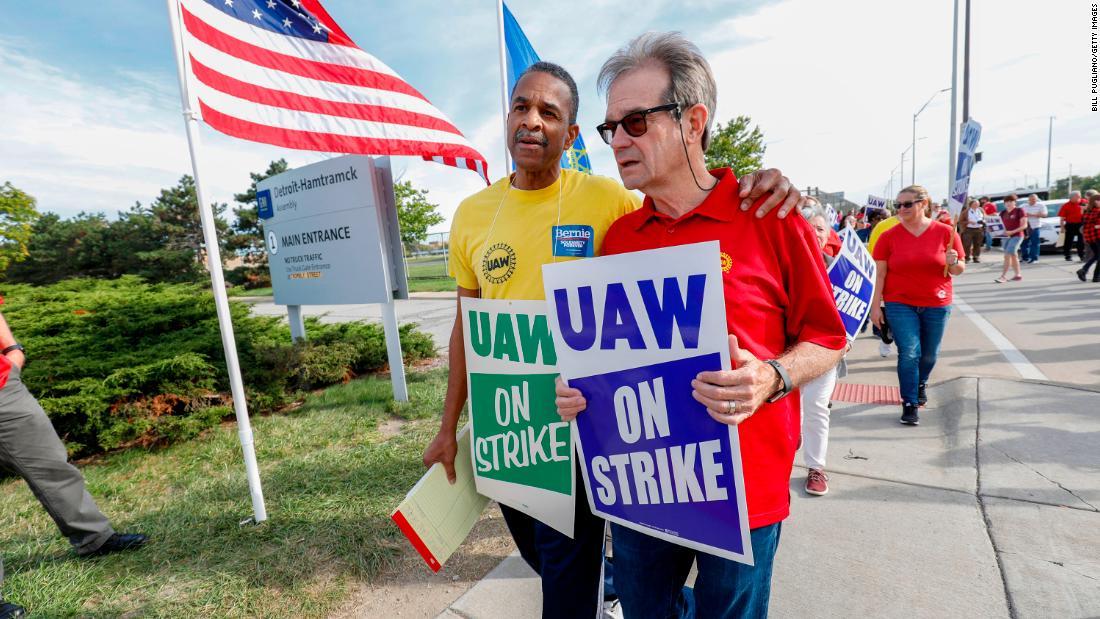 (DETROIT, MICHIGAN) - A parts shortage caused by a Strike by the United Auto Workers (UAW) Union has forced General Motors (GM) to shut down its Pickup Truck and Transmission Factories in Silao, Mexico.  GM Spokesman Dan Flores confirmed that production at the factories ended, but did not know how many Workers are affected.

The plant shutdown means GM has lost any new supplies of its light-duty Chevrolet Silverado, the company's top-selling U.S. vehicle.

Earlier GM had to close a Mexican Engine Plant and an Assembly Plant in Canada.

General Motors de Mexico says it will perform "preventive" maintenance to facilities and equipment at its Silao Manufacturing Complex while it is shut down due to a Labor dispute in the United States.  The company says that "for the moment," its facilities in Ramoz Arizpe, San Luis Potosi and Toluca are operating normally.

The Strike by Auto Workers forced GM de Mexico to shut down the Silao Plant, affecting 6,000 Workers.  The company cited a lack of parts coming from the United States for the closure.

GM de Mexico said in a statement that it was monitoring negotiations between GM and the UAW and hopes the Silao facility may be able to come back on-line "in the coming days."

To Directly Access This Labor News Story, Go To: www.abc12.com/content/news/UAW-strike-forces-GM-to-close-Mexican-pickup-truck-factory-561873611.html?fbclid=IwAR15TQSxm0DsRshBiRy2Zbj-BsE3LNSini_5XH6Yj0ahB4FF6sRb4zAxruk

General Motors (GM) summarily fired five Workers at its Silao Complex in Mexico because they have resisted company efforts to increase production at the plant in order to undermine the Strike by 47,000 GM Workers in the United States.

The victimization took place shortly after Workers issued a public call to unite GM Workers on both sides of the border.

On the eve of the U.S. GM Strike, dozens of Silao Workers held an assembly where they agreed to resist any demands for increased output that would weaken their Brothers and Sisters in the U.S.

To Read This Labor News Story In Its Entirety, Go To: www.wsws.org/en/articles/2019/09/23/sila-s23.html?fbclid=IwAR1PmcZO3F_NwyAkxLu3fJJJKCcBX4x5uZTTiZ0yzZvkfczg0HgPRKmPm_w

A flier distributed by temp agency Stride Staffing advertised a job fair held in a Dallas suburb for “Temp To Hire” Assembly Technicians on three shifts.

Any strikebreakers who are hired will earn the poverty wage of $12 to $12.35 per hour, less than some Fast Food Workers in the Dallas area.

A WSWS Autoworker Newsletter reader in Missouri also reported that the UAW Local President at Wentzville Assembly has informed striking GM Workers that the company is hiring strikebreakers at their plant as well.

To Read This Labor News Story In Its Entirety, Go To: www.wsws.org/en/articles/2019/09/17/scab-s17.html?fbclid=IwAR3QdDn3vslEph1GWZVzmP3lrPkHsYXeSDIABWpD_anxVW9uxkx70mchBJA