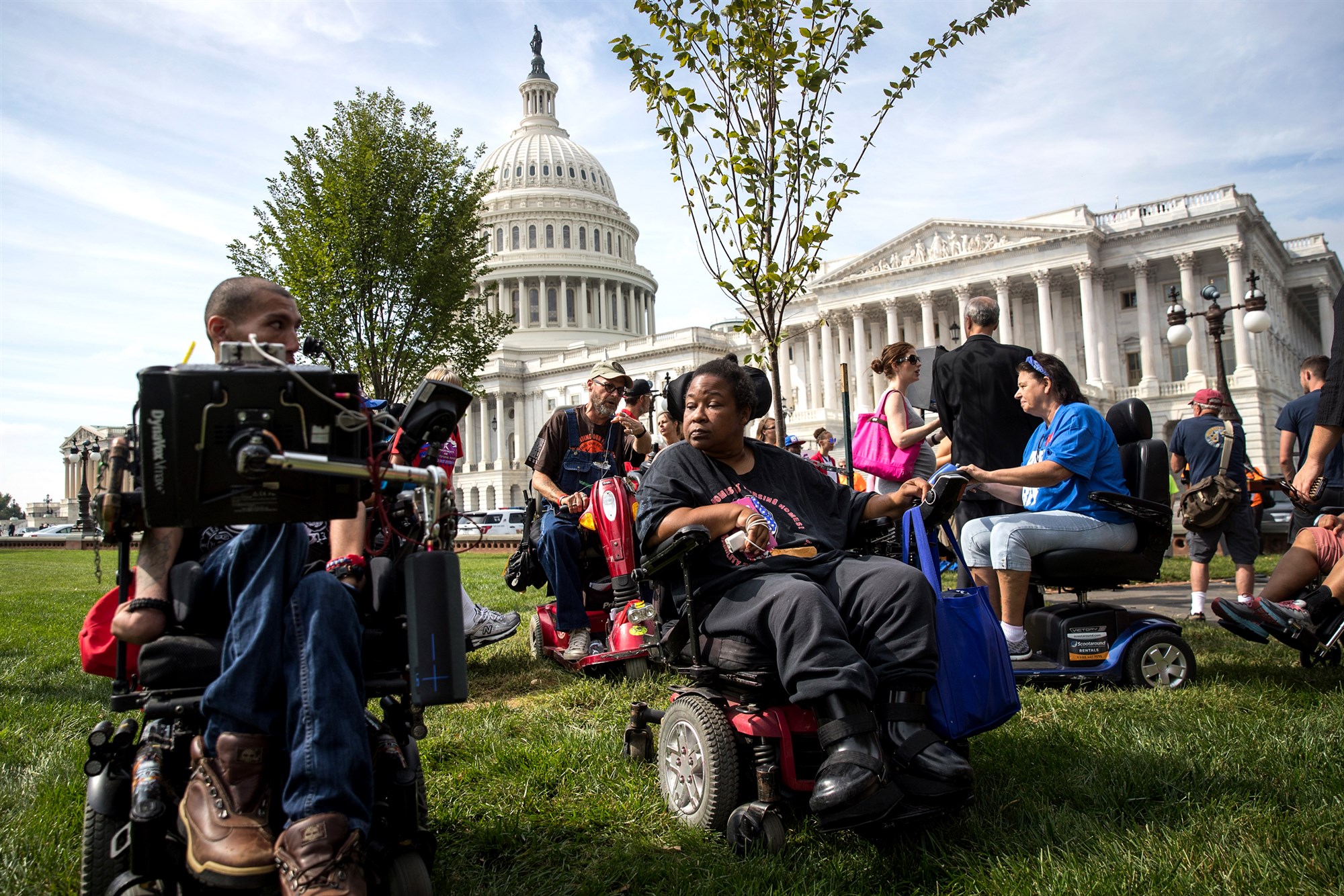 (WASHINGTON, D.C.) - The Trump Administration says it's creating jobs and opportunities for people with disabilities across the country, but critics say that's not always true for those working for the Federal Government.

"There ‘isn't any real leadership on disability issues in the Trump Administration,’" said Curt Decker, the Executive Director of the National Disability Rights Network, a National Non-Profit Advocacy Group. "Bad things are ‘happening every day’ for people with disabilities ‘and without constant vigilance and enforcement from the top, we will fall back on our progress.’"

As the Nation's largest employer, the Federal Government is supposed to "model effective employment policies and practices that advance America's ideal of equal opportunity for all," according to the Department of Labor's Office of Disability Employment Policy.

That includes anti-discrimination enforcement and hiring practices, and, via Executive Order by President Barack Obama, an explicit goal of adding Disabled Employees to the Federal Workforce.

Since Republican President Donald Trump took office, the Federal Government has continued to add Disabled Workers to the payroll, according to the figures currently available.

In 2017, the Government had a net gain of 18,054 Employees with disabilities, according to Equal Employment Opportunity Commission (EEOC) Federal Workforce Data.

In October 2018, the Trump White House recognized National Disability Employment Awareness Month and renewed its commitment to "creating an environment of opportunity" for people with disabilities.

But there has also been a 20% increase since January 1st, 2017, in the number of Disability Discrimination Complaints filed by Federal Employees of cabinet-level agencies, according to an NBC News analysis of data from the EEOC.

Employers are legally required to provide workplace accessories and modifications for Disabled Employees as long as they aren't overly expensive or difficult to implement.

Failing to make these changes, known as "accommodations," is a form of discrimination under the Americans with Disabilities Act.

Other forms of discrimination include harassment or firing someone because of a disability.

Perhaps the most high-profile allegation of Disability Discrimination during the Trump Administration came after the January 2019 suspension of Tricia Newbold, a White House Security Specialist who has a rare form of dwarfism.

In her complaint, Newbold alleged her supervisor Carl Kline moved files to a shelf beyond her reach (Newbold later sought whistleblower protection for revealing information about security clearances in the Trump White House, as first reported by NBC News).

And while the Trump Administration was adding Disabled Employees, it also stepped up the pace of firing them.

In 2017, the Government fired 2,626 Full-Time Employees with disabilities, according to documents from the EEOC obtained by NBC News.

The EEOC data indicates that Workers with disabilities were fired at almost two times the rate of those without disabilities.

The White House did not respond to requests for comment.

To Continue Reading This Labor News Story, Go To: www.nbcnews.com/politics/donald-trump/under-trump-discrimination-complaints-firing-disabled-federal-workers-rise-n1036291