The Largest Union Organizing Campaign In The United States Is Now Underway As 40,000 California Child Care Workers Win The Freedom To Collectively Bargain

California Governor Gavin Newsom Signs AB 378, Giving Child Care Providers The Ability To Organize For Improvements On The Job, While Setting The Stage For The Largest Union Election And Organizing Campaign In The Country 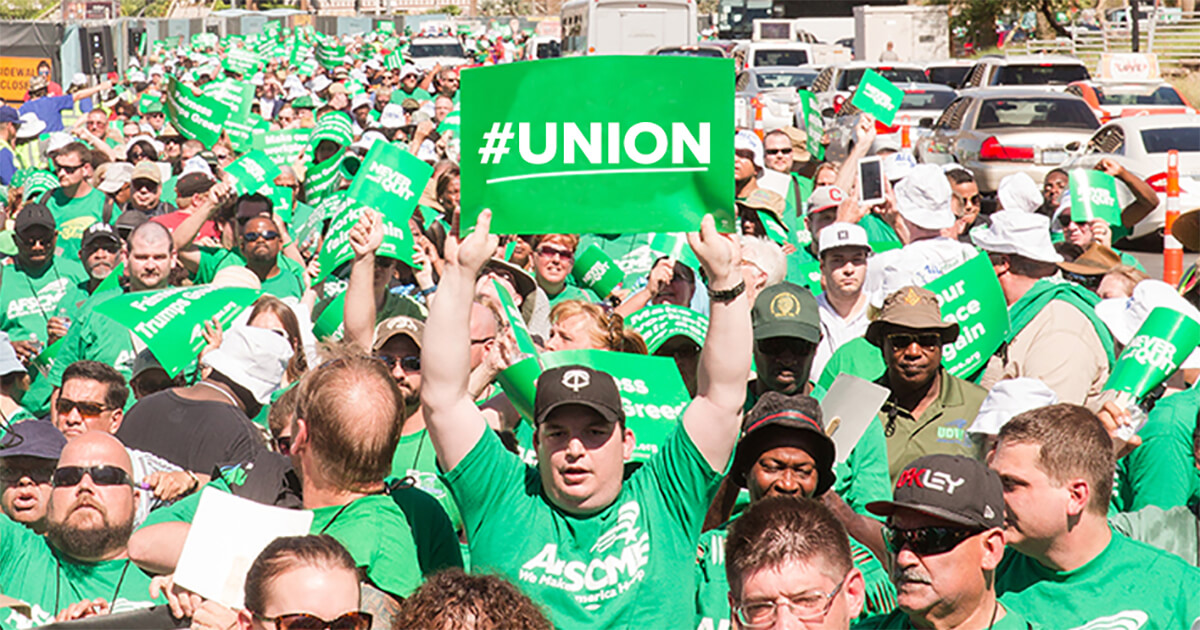 40,000 dedicated Child Care Providers now have the freedom to form a Union and negotiate together for improvements on the job that will benefit both their own families and the families they serve.  With their collective voice, providers will be able to win better wages, training, resources and increase access to quality child care for all so that every child has a better chance at success, no matter where they come from.  This historic win represents the largest Organizing Campaign in the country, which is experiencing a dynamic surge of Union Activism and mobilization, with growing numbers of people demanding that we unrig an economy that favors the wealthy and well-connected.  Americans want Unions and we will keep fighting until everyone has the freedom to join one.

AFSCME represents 1.4 million Members across the U.S., who serve in hundreds of different occupations - from Nurses to Corrections Officers, Child Care Providers to Sanitation Workers.

AFSCME advocates for fairness in the workplace, excellence in public services and freedom and opportunity for all Working Families.

To Directly Access This Labor News Story, Go To: www.afscme.org/news/press-room/press-releases/2019/largest-union-organizing-campaign-in-the-country-underway-as-40000-california-child-care-workers-win-freedom-to-collectively-bargain