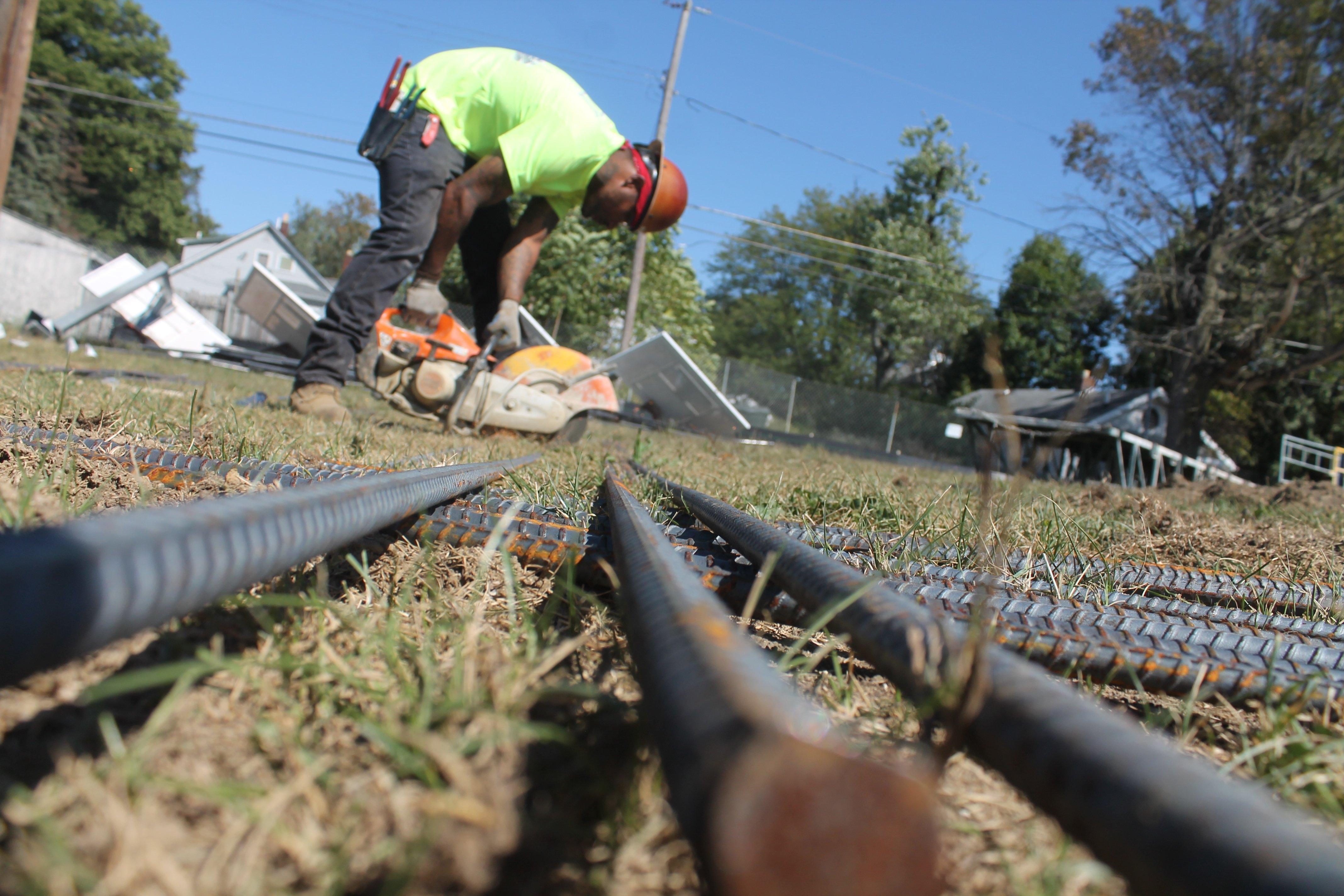 (COLUMBUS, OHIO) - Dominique Jackson was one of 13 people who recently graduated from Building Futures, a 12-week Pre-Apprenticeship Program started in late 2017 by Franklin County, the Columbus/Central Ohio Building and Construction Trades Council and the Columbus Urban League.

The county has invested close to $1 million in the program as part of its efforts to combat poverty.

Graduates have landed jobs paying an average of about $17 an hour to start, with some earning upwards of $27 an hour.

Sparks flew as Dominique Jackson cut through lengths of rebar to be used in the foundation of the new Linden Community Center.

The 55,000-square-foot facility is set to open late next year, taking the place of the former building at Linden Park.

Jackson, who lives nearby, is working on his career foundation, too, thanks to a Franklin County program that provides initial training for jobs in the Construction Trades.

“I’m ‘getting the hang of it,’” Jackson, 34, said of his new ironworking career. “I’ve got a ‘nice crew teaching me the ropes and everything.’”

More than 60 people have graduated from the Building Futures program since it was started in late 2017, said Bart Logan, spokesman for Franklin County Job and Family Services.

Enrollees receive a weekly stipend as they complete career-readiness and Trade-specific programming.  Afterward, they’re connected with Union Locals for Apprenticeships in Trade positions such as Plumbers, Painters, Roofers and Sheet Metal Workers. They also receive assistance in the purchase of tools and work clothes.

It’s all about providing opportunities, said Franklin County Commissioner Kevin Boyce: “The ‘best social service is a good-paying job.’  ‘If you invest in yourself, if you take advantage of opportunities that are presented to you, good things will happen.’”

“This program ‘is working,’” County Job and Family Services Director Joy Bivens said. “When you see people ‘who have experienced some of the most-extreme, vulnerable circumstances as it relates to poverty, and they walk out of here making a livable wage, it is working.’  ‘When parents can feed their kids, and people can pay their rent, and people can go to work ... this program is working.’”

A year ago, Jacqueline Haller was homeless, addicted to drugs and behind bars.  “I was ‘hopeless,’” she said. “I went through ‘several’ overdoses.  ‘By the grace of God, I’m still here.’”  She found out about Building Futures while in jail.  The 37-year-old Linden-area resident soon starts an Apprenticeship with Plumbers and Pipefitters Local 189.

To Continue Reading This Labor News Story, Go To: www.dispatch.com/news/20190929/training-partnership-links-low-income-residents-with-jobs-in-building-trades?fbclid=IwAR3JIPttxBjHIHO9TELltgRL63rrATerRSxHhggSLIfrG5IPJJq3Ca8PLLg