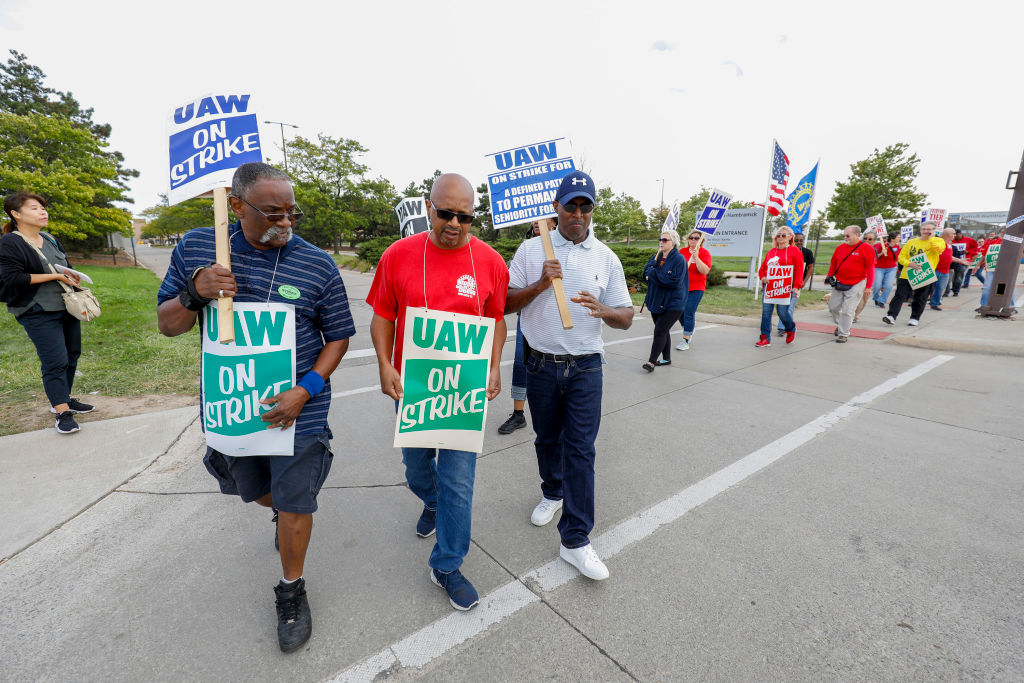 In a letter to members, Terry Dittes said that GM made a "comprehensive proposal" at 9:40 p.m. Monday (September 30th): "This proposal that the company provided to us on day 15 of the Strike did not satisfy your contract demands or needs.  here were many areas that came up short like health care, wages, Temporary Employees, Skilled Trades and job security to name a few."

Dittes, who is Vice President of the UAW's GM Department, said the company made proposals he described as seeking concessions on the Union's part.

"We have responded today with a counter-proposal and are awaiting GM's next proposal to the union," wrote Dittes. "Regardless of what is publicized in print or social media, etc., there are still many important issues that remain unresolved."

On September 16th, some 46,000 UAW Workers went on Strike against GM nationwide.

The Union's previous contract from 2015 expired at midnight on September 14th.

Dittes told members Tuesday that UAW bargainers remain committed to "exploring all options in order to reach an agreement that meets the needs of our Membership."

GM issued a statement after Dittes sent his letter: “We continue to negotiate and exchange proposals and remain committed to reaching an agreement that builds a stronger future for our Employees and our company.”

Tim O’Hara, the President of Local 1112 for GM’s Lordstown Assembly Plant, which was idled in March, said Union Members are prepared to continue to Strike until they get a good contract: “We’re ‘in it for the long haul.’  We ‘want a fair and equitable’ contract for our Membership. This Strike ‘has been coming for a long time.’  The company ‘was bailed out by the American Taxpayer and we took concessions and now that GM is back on their feet, making billions, we’re not asking for the world.’  ‘We’re just asking for a fair contract for our Members.’”

Lordstown had built the Chevrolet Cruze compact car until March and was assigned no new vehicle to assemble.  Nearly all of its 1,600 Workers have been sent to other GM plants out of state to work.  “Most of our Membership is gone, but when our Members complete their Strike duty at their new locals, they’re driving back to Ohio to walk the picket line at 1112,” O’Hara said.

The costs of the ongoing Strike are mounting for all involved and this delay doesn't help, but GM does have a lot of cash, so it’s hard to prognosticate how long it can hold out, said Kristin Dziczek, the Vice President of Industry, Labor & Economics at the Center for Automotive Research in Ann Arbor.  The automaker will likely consider the cost of giving into Union demands versus what it costs it to wait out a Strike, Dziczek said.

However, Dittes' letter Tuesday does not mean a tentative agreement can't be struck, she said.

“The things I am looking for ‘is are they working every day, and no one has pushed back or walked away,’" said Dziczek. "As long ‘as they’re working every day those are all positive signs to me.’  ‘They might be moving very quickly on some things and then slow down.’  ‘The whole thing could break very quickly.’  ‘So I don’t know what to read into it other than the list they give of contentious issues is what everyone’s been reporting.’"

To Continue Reading This Labor News Report, Go To: www.freep.com/story/money/cars/general-motors/2019/10/01/uaw-strike-update-union-rejects-latest-offer/3832241002/?fbclid=IwAR1O35WmbbOuXaTivBiyWGyJpU-yM4kXVIa5jXSq5n5PtjwaCwi79673vnA