Its For Our All Of Our Futures And For Our Families Futures: Workers At Art Storage Giant UOVO In New York City Go Union With The Teamsters 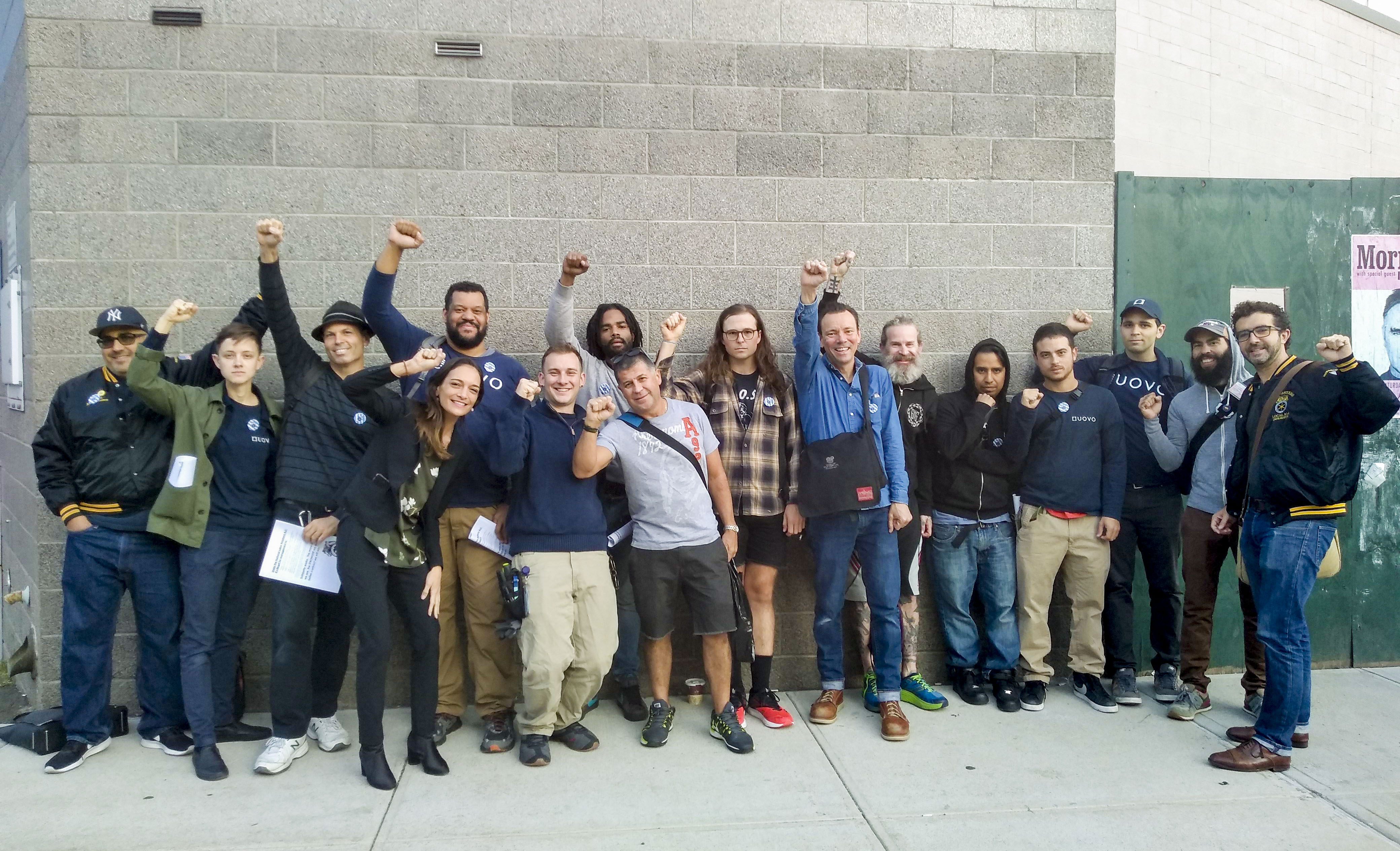 (QUEENS, NEW YORK) - Workers employed at a major art storage company in New York City that serves iconic institutions such as the Metropolitan Museum and the Rubin Museum of Art have announced they are Going Union with Teamsters Local 814, the City’s Union for Professional Movers and Art Handlers.

At the Queens Headquarters of UOVO today, the Workers - accompanied by Brooklyn State Senator Julia Salazar and Teamsters Local 814 President Jason Ide, preempted an all-Staff meeting that had been called to coerce Employees to not exercise their Federal Rights to form a Union.  Simultaneously, Workers at the company’s Rockland County warehouses donned Union buttons in support of a Union at all UOVO locations.

Company management declined to recognize the Union and instead held a meeting where they tried to explain to the Workers that “no companies match 401k contributions anymore” and that the owners of the company and its Employees were actually a family and all grievances could be best resolved without a legally-binding Union Contract, according to Workers who were present.

Senator Salazar, who represents the neighborhood of Bushwick - where UOVO is planning to open a fourth warehouse with financial assistance from New York City’s Economic Development Corporation, asked the company to immediately recognize the Workers demand to bargain a first contract and also demanded that the company refrain from anymore Captive Audience Meetings or any Anti-Union activity.

“A company like UOVO, ‘that counts on doing business with’ City-funded, Pro-Union institutions like the Met, and that has asked the City’s Taxpayers ‘to help subsidize their expansion into my district, should be expected to treat their Workers with respect,’” Salazar said. “They ‘should recognize their Union immediately.’  ‘If they continue to hold captive audience meetings and engage in Anti-Union tactics, then I think it’s our obligation as City and State Officials to reexamine all of their dealings with public institutions and public funding.’”

Workers at UOVO - who are employed at the company’s three warehouses in Long Island City and Rockland County, store, pack, transport and install priceless works of art for a very high-end clientele.

Workers at UOVO are currently only provided “access” to a 401k plan with 0% matching funds from the company.

Ricky Santiago, a Truck Driver and Art Handler who has been with UOVO for four years, said: “We’ve been ‘doing this for too long.’  ‘I’ve coughed up almost ($3,000) to take my daughters to the ER.’  ‘If you get sick, you are ultimately screwed, and in this industry it’s been that way for too long.’  ‘That’s why we built a Union here.’  ‘It’s for our all of our futures and for our families’ futures.’”

Local 814 President Jason Ide said the Workers and the Union plan to reach out to UOVO’s client base if the company doesn’t recognize the Workers’ Union and doesn’t immediately cease any Anti-Union activity, such as their Captive Audience Meetings and other coercive tactics.