Democracy Dies When Labor Unions Do 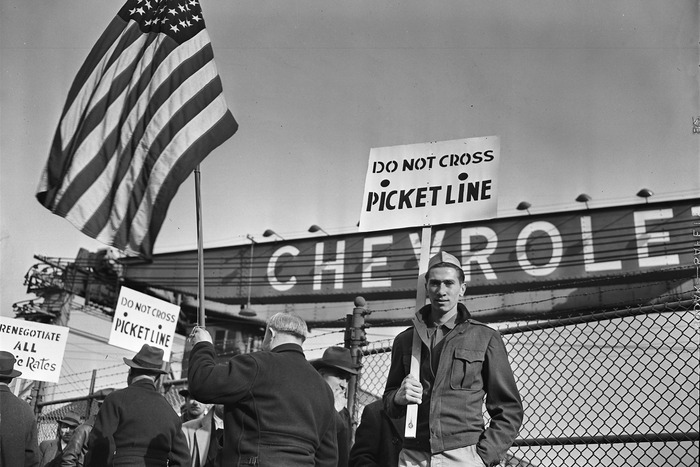 Ever since the United States mistook a Twitter-addled con man’s publicity stunt for a Presidential Campaign - and then elected him to our Nation’s highest office - calls for rethinking America’s approach to Democracy have been at the forefront of public debate.

For Democrats, Donald Trump’s victory illustrated the importance of expanding popular sovereignty in the United States.

After all, an America governed by majority rule would be one where Trump could never govern.

The mogul’s victory was not merely contingent on the Electoral College, but also on the low voter participation rates of America’s poor, young and non-White citizens.

Thus, to American Liberals, the best prophylactic against future Trumps is more Democracy - which is to say, reforms that expand the electorate and render the government more accountable to the will of electoral majorities.

To that end, House Democrats made a package of Democratic reforms - including Nationwide Automatic Voter Registration, a revamped Voting Rights Act, and a ban on partisan gerrymandering in Federal Elections - their first legislative priority upon taking power.

Since then, the party’s 2020 candidates have almost all unveiled their own platforms on Democracy expansion.

But some took the opposite lesson from Trump’s triumph.

For one contingent of political observers, the reality star’s victory seemed to be a symptom of too much Democracy.

After all, had the GOP’s establishment elites been free to appoint their preferred standard-bearer, Trump would have gotten no closer to the nomination than his “university” did to accreditation.

And while Trump did lose the popular vote, he lost it by far less than one would hope, given his conspicuous lack of qualifications for high office.

The peculiar ethnic and partisan dynamics of the U.S. might render Trump’s specific brand of demagogy less viable under more majoritarian rules.

But his ability to even compete highlighted a fundamental flaw in popular Democracy, one that also enabled Brexit, and the rise of majoritarian Right-Wing Nationalist Movements throughout much of Europe and Asia: In the absence of expert guidance and mediating institutions, the ordinary voter is cognitively unfit for self-government.

Politico recently summarized UC Irvine Political Scientist Shawn Rosenberg’s rendition of this argument: Democracy is hard work.  And as society’s “elites” - experts and public figures who help those around them navigate the heavy responsibilities that come with self-rule - have increasingly been sidelined, citizens have proved ill equipped cognitively and emotionally to run a well-functioning Democracy …

To Continue Reading This Labor Perspective, Go To: http://nymag.com/intelligencer/2019/09/democracy-dies-when-labor-unions-do.html?fbclid=IwAR1rvkeEH5SkOKABgj2JgDsUz0GVfAABmGiLQnnirbUM6C858mmx_JPD42I