Chicago Teachers Vote By Wide Margin To Move Toward Strike 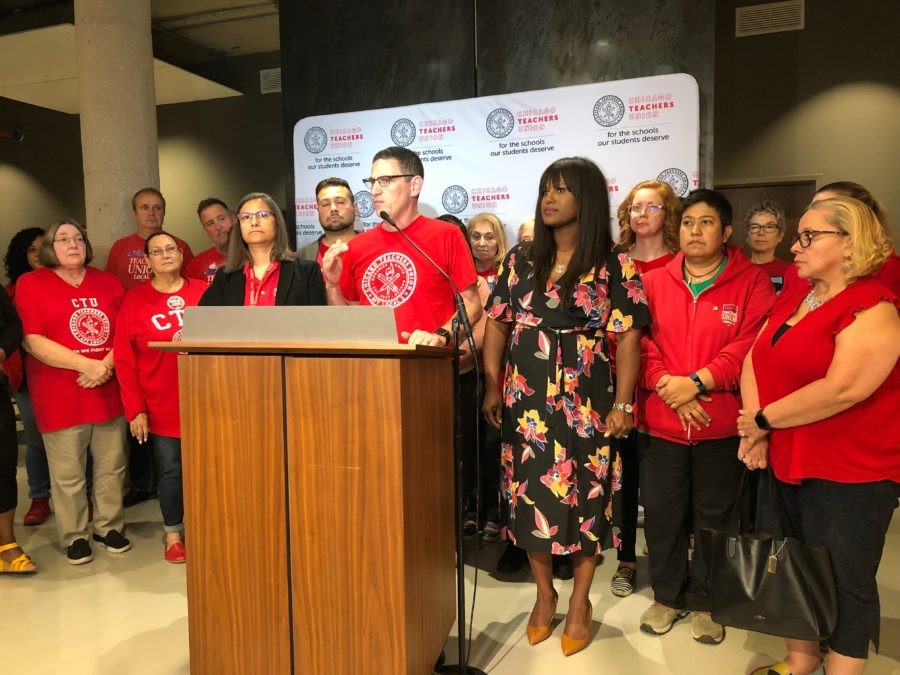 (CHICAGO, ILLINOIS) - Chicago Teachers, Clinicians and Para-Professional Union Members have voted by a wide margin to authorize a Strike, setting the stage for a walkout less than six months into Mayor Lori Lightfoot’s term.

The Union said 94% of its Members voted in favor of a walkout.  With ballots in from 90% of schools late last week, the vote met the 75% threshold of support from all active Union Members required by State Law.  Educators could walk out as early as October 7th.

“This is a ‘clear signal’ from the Members of the Chicago Teachers Union ‘that we need the mayor and the Board of Education to address critical needs across our schools,’” said Union President Jesse Sharkey.

The vote does not guarantee Teachers will Strike, but the Union can now announce a walkout date with 10 days’ notice.

The Union’s 700-Member House of Delegates could vote on a proposed Strike Day at its next meeting on Wednesday (October 2nd).

Meanwhile, negotiations will continue between the City and Union.

The Teachers’ contract with the District expired June 30th.

Talks have stalled primarily over whether to write additional Staff that the Union is demanding into the contract or not.

The two sides also haven’t agreed yet on class sizes, prep time, pay, health care or the length of the contract.

The District said it is has put a generous pay raise on the table - a 16% raise over five years for Teachers.

Both of the City’s major newspapers have editorialized in favor of the District’s offer.

When announcing the results last week, Sharkey said it was not just about pay and benefits.

“Pay and benefits ‘alone are not enough, we care deeply about the learning and working conditions in our schools,’” he said.

Sharkey reiterated the Union’s demands for class size limits and for the City to lock in firm numbers of Nurses, Social Workers and Special Education Positions in the contract.

Chicago could see at least three school-related strikes in October.

During the City’s last contract negotiations with the Chicago Teachers Union, in 2016, observers saw a Strike as all but inevitable, but District Officials made several concessions at the last minute, averting a full-fledged Strike.

The City’s last full-fledged Teacher Strike was in 2012, when Educators walked off the job for the first time in 25 years.

To Read This Labor News Story In Its Entirety, Go To: https://chalkbeat.org/posts/chicago/2019/09/26/chicago-teachers-union-votes-in-favor-of-school-strike/?fbclid=IwAR0MimZWx_s5VlIe9i82ABb8QxQPS21cTKpRUA5SqMqAh2-ilkmCkoMdVAk