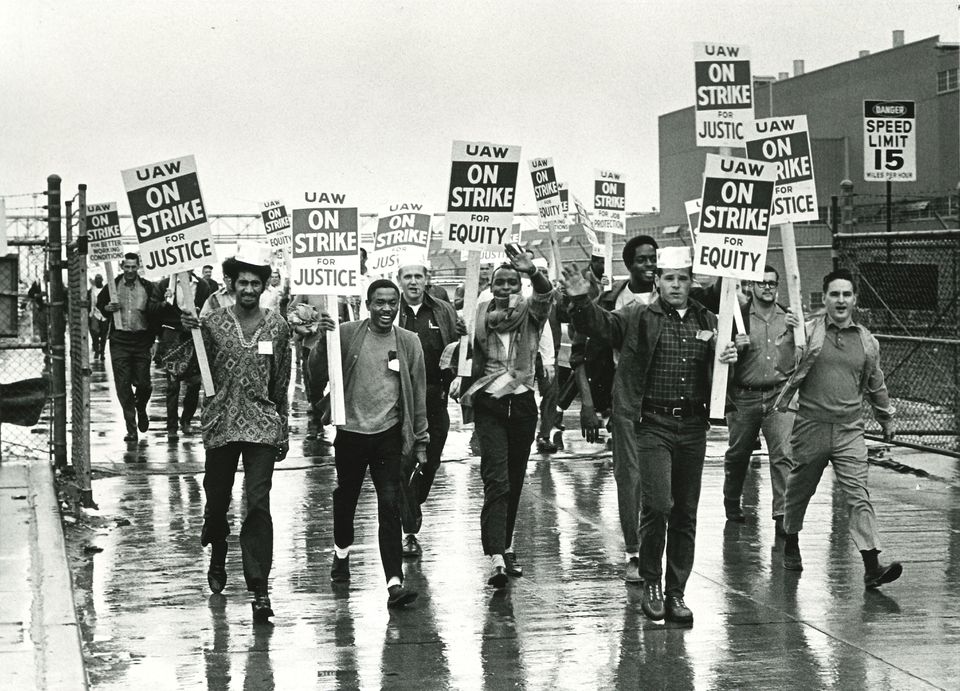 And at one of the plants where Workers are picketing for a better contract, another Strike was just getting started 50 years - a walkout that may be the longest Strike in the history of the company founded in Flint more than 100 years ago.

It was a local Strike, not a National Strike like the one taking place now.

Those Line Workers stayed out on Strike for 136 days, three times as long as The Flint Sit-Down Strike of 1936-37.

“When we walked out, ‘everybody was all excited - then all of a sudden, you find you’re not getting a paycheck and that excitement calms down,’” said Ken McArdle, who was the Bargaining Chairman for Local 598, which at the time represented Workers at Fisher who built car bodies for Chevelle and Monte Carlo passenger cars that were assembled under the same roof at Chevrolet Assembly, which also built light trucks.

Fifty years ago, when the Strike at Fisher Body 2 started, The Flint Journal reported that Sam Duncan, the former President of Local 598, looked into a slanting rain on the first day of picketing and said: “I ‘hope we’re back before the rain changes to snow.’”

He didn’t get his wish.

Called because of unsettled grievances concerning manpower and changes in line speed, the Strike took 2,300 Members of Local 598 off the job for more than four months and shut down Chevrolet Assembly, putting 1,600 Members of Local 659 out of work too.

GM Officials said at the time of the Strike that more than 500 grievances on production standards had been filed by Union Members in advance of the long walkout.

During the Strike, about 1,800 Workers staged a public burning of letters they received from GM in October.

In November, police rounded up 21 picketers who refused to let a truck delivering cafeteria supplies leave the plant

Just a month after the Strike was settled, GM announced that all Fisher Body 2 Employees would be permanently laid off and that the site of the plant would be turned over to Chevrolet and converted for the building of only light trucks.

The shift meant that for the first time since 1913, Flint was no longer a center for Chevrolet Passenger Production.

To Continue Reading This Labor News Story, Go To: www.mlive.com/news/flint/2019/09/50-years-ago-flint-uaw-members-went-on-strike-and-didnt-come-back-for-136-days.html?fbclid=IwAR04t8E6yknhU_ZsU3eJVElQZgIHKDXM6ssIW7UlXXQn2-LkgBCAvCobqPc