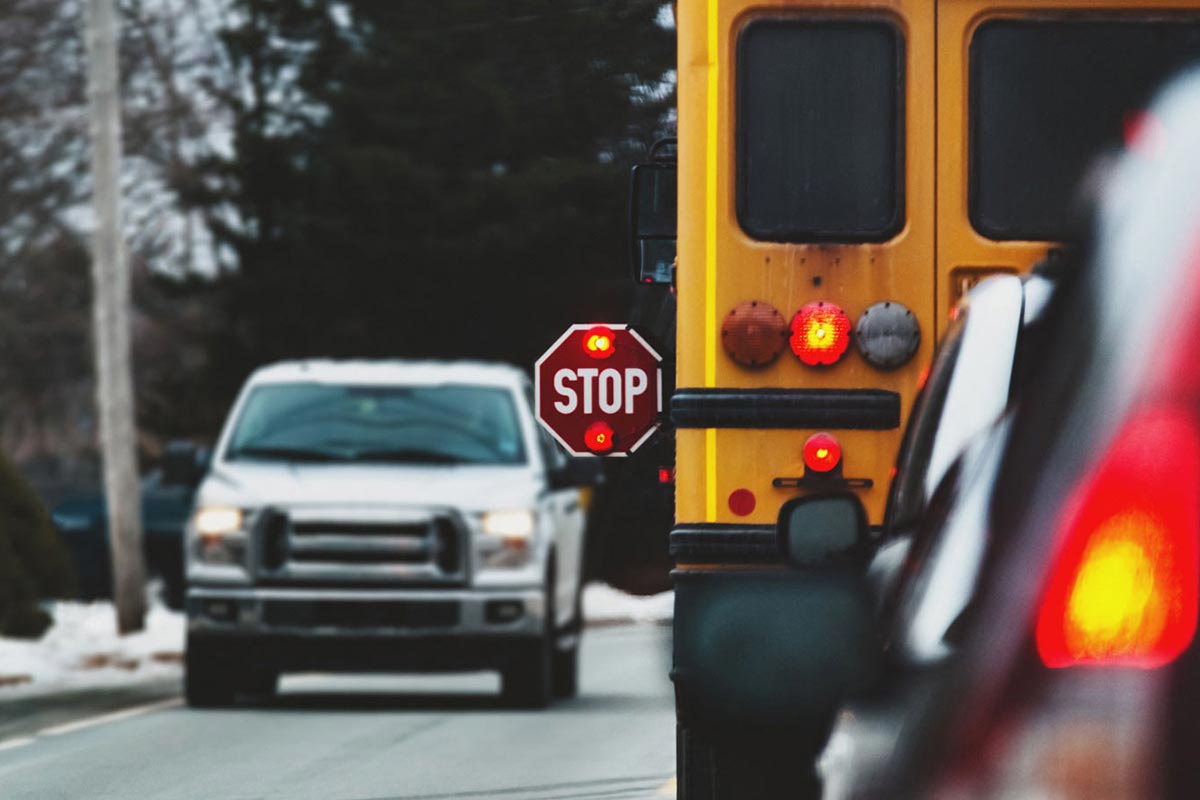 (ACROSS THE STATE OF NEW YORK) - While the new New York State United Teachers (NYSUT)-backed law to authorize the use of cameras to enforce traffic safety around school buses is a major victory, it will take time for individual districts to implement across the State – but, it’s already working.

“I know at our place they got some new buses with cameras, not on the arm, but on the side,” said Charlie Jones, a Bus Driver in the Bethlehem Central School District near Albany, who is also President of the Bethlehem Central United Employees Association.  “Already this year, one of our drivers had a car pass her while she was stopped with the lights on.  We were able to get the plate number and the car and we took it to the cops, and it worked.”

He said town officials have embraced the concept that allows them to use the bus footage and vehicle identification to prosecute: “In our town, the cops have always worked with us, they think it’s great.”

Chris Horstman, a Bus Driver and President of the Ithaca City School District Employees Association, said some buses have had cameras that could capture license plates, but prior to the new law, that was rarely enough.  The district could send the license information to the State Department of Motor Vehicles in Albany, but “unless you could identify the person (driving), even with the plate, you couldn’t proceed,” he said.

Because the law was enacted in the Summer, many districts had already ordered any new buses for this school year.

Some districts may retrofit in-service buses this year, Horstman said, and next year, we may see more new buses equipped with cameras.

“It’s not mandated, it’s just another tool to help you,” he said.

Some school systems planned ahead.

“In our district, they were talking about it even before the law passed,” said Deb Paulin, a Bus Driver in the Buffalo area and President of the Alden Central Schools Employees Association who also serves on the NYSUT Board of Directors.

Because the law requires districts and municipalities and the vendors installing the equipment to share in the costs and the revenues, it can take a little time to get started, Paulin said, but there’s no question it will help protect students.

“I’m looking forward to using the cameras,” she said, “because people are driving like maniacs.”

To Directly Access This Labor News Story, Go To: www.nysut.org/news/2019/september/stop-arm-camera-law-already-making-a-difference