Proposed Niagara County Law Would Allow Disqualification Of The Lowest Bidder For Public Contracts, If The Respondent Is Deemed An Irresponsible Company 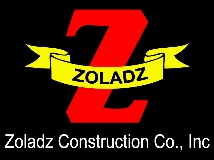 (LOCKPORT, NEW YORK) - Niagara County Lawmakers are considering the approval of a local law that would allow them to disqualify the lowest bidder for public contracts - if the respondent is deemed an irresponsible company.

The legal language was introduced by the Democratic Minority Caucus after some of its members took issue in May with a contract award to a firm for the installation of a landfill cap at a disposal site in the City and Town of Lockport.

The company was the Lowest Responsive Bidder in a public call for proposals, but lawmakers, including Minority Leader Dennis Virtuoso and Legislator Mark Grozio (a Member of International Brotherhood of Electrical Workers (IBEW) Local 237) - both Democrats from the City of Niagara Falls, questioned why the particular construction outfit was up for the job.

Virtuoso’s proposal would allow the legislature to disqualify a company, even if their offer was the lowest bid, based on series of criteria laid out in the law, which include violations of State or Federal Law or fines for unsafe work conditions.

“If the County Manager and Commissioner of Public Works ‘deems them non-responsible, then they’ll bring it before the legislature, then we go to the next lowest bidder,’” Virtuoso said.

Grozio said the attorneys indicated the County could face ramifications in court if they attempted to toss out the bid without legal justification.

The firm that received the landfill cap job, Zoladz Construction Company, Incorporated, paid a settlement in 2017 to the U.S. Department of Justice for violating the False Claims Act and was fined by the U.S. Occupational Health and Safety Administration (OSHA) after an investigation following the death of an Employee.

The DOJ settlement came after Federal Prosecutors said the company was one of two that improperly obtained contracts set aside for “Service-Disabled Veteran-Owned Small Businesses,” DOJ officials said at the time.

Grozio said: “I thought, ‘This was not what I call a responsible bidder,’ and I think we should have removed them.”

The local law mirrors a similar law in place in Erie County, according to Virtuoso and Grozio.

Erie County Lawmakers elected not to award a contract to Zoladz earlier this year after outcry from the New York Foundation for Fair Contracting (NYFFC), a group that describes itself as providing “support and guidance to municipalities wishing to enact a Responsible Bidder Ordinance.”

“Both State and County Law permits the county to award public contracts to the Lowest Responsible Bidder,” the NYFFC said in a public release. “The NYFFC urges the county to find Zoladz an irresponsible contractor and to award the Lake Avenue. Reconstruction Project to the next lowest, responsible bidder.”

To Read This Labor News Story In Its Entirety, Go To: www.lockportjournal.com/news/local_news/proposed-law-would-limit-county-s-ties-to-low-bidders/article_5a8c52a6-ca65-5298-b8c8-eebd23b66ec4.html?fbclid=IwAR17QpsPrqbylEO8Nbhsuj-HMzN0tWRlIWlRZ9LNVMUce_zKL2rGaK5zK1o