The GM Strike âIs About Us All:â What The Walkout âMeansâ For The Country 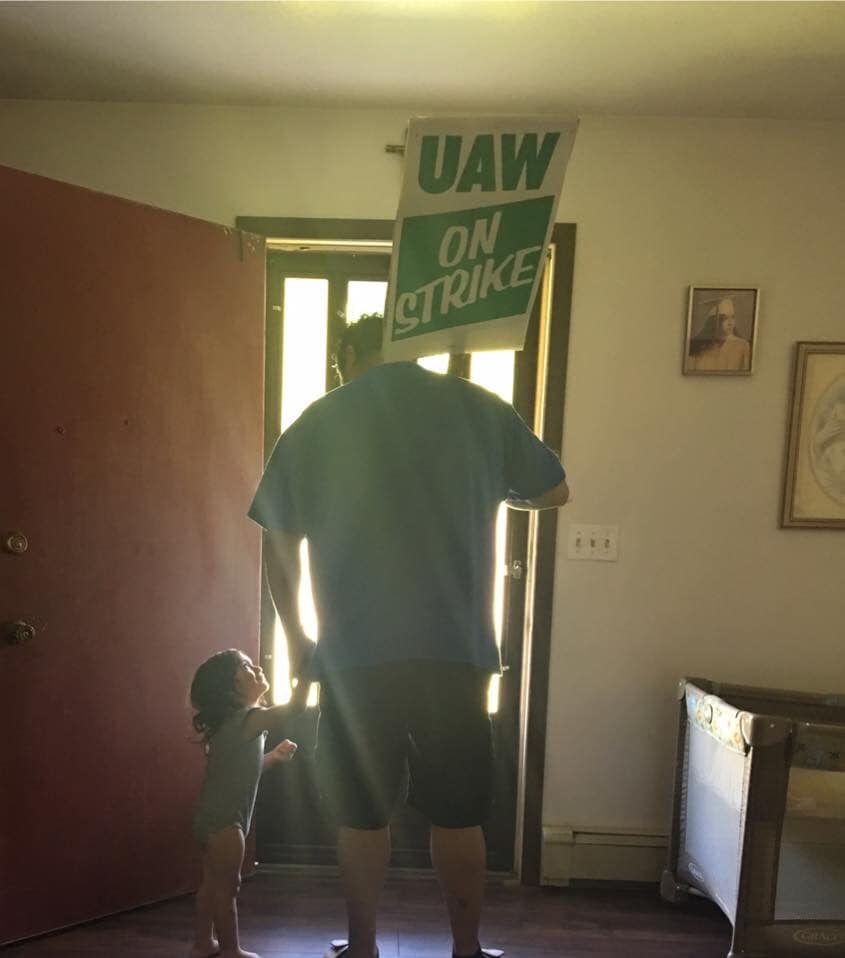 New York Daily News Editor’s Note: Steven Greenhouse, a New York Times Reporter for 31 years, including 19 years covering labor, is author of Beaten Down, Worked Up: The Past, Present, and Future of American Labor.

The United Auto Workers’ (UAW) Strike against General Motors (GM) is hugely important because it involves so many of the key concerns that American Workers are worried about: from factory closings to wage stagnation to jobs moving overseas to Corporate America’s increased use of low-paid temps.

These are many of the economic factors, we are told, that got Republican Donald Trump elected President three years ago.

Ever since the walkout began on September 15th, UAW Leaders have said the Strikers are fighting not just for themselves, but for the larger interests of American Workers - and taxpayers.

The Federal Government arranged a $50 billion rescue package for GM a decade ago that hinged on Labor accepting major money-saving concessions.

The Strikers are saying there’s something wrong that so soon after, the company, despite earning $35 billion in profits in North America in the past three years, has laid off thousands of American Workers and closed assembly plants in the U.S. while opening plants in Mexico.

The Strikers are simultaneously angry about another big issue, one they say shows, to use a Trumpian term, how rigged the economy is - a sentiment shared by millions of Americans.

Despite those massive profits racked up by GM, the company offered the UAW a raise totaling just 4% over four years.

Meanwhile, many Workers ask why GM is demanding they pay more for health coverage after the company made $14 billion in stock buybacks in recent years.

Seven percent of the company’s Factory Workers are temps, who earn $15 an hour.

Some temps have worked for GM for three years.

The Strikers are demanding the temps be given regular jobs with pay commensurate to the far higher pay of the regular GM Workers they work alongside.

It’s not as though these would be the first concessions Workers are being asked to accept.

That system remains in force (with the second tier ultimately rising to $29 an hour), but with GM so profitable, its Workers want the Two-Tier System ended.

In my new book, I write of earlier, historic UAW strikes against GM.

In the Flint Sit-Down Strike of 1936-37, 2,000 Workers - furious about poor treatment and production speed-ups, sat down in their plant for 44 days and got GM to finally recognize and bargain with the Union.

That Labor victory sparked the tremendous wave of Unionization that took place in the late 1930s.

Concerned that such strikes undermine efficiency and production, the company agreed to a landmark five-year contract several years later that gave its Workers huge pay increases - as well as the best health coverage and pensions in industrial America.

That contract set a pattern that was instrumental in creating America’s great Middle Class.

The UAW and GM are not the mighty giants they once were, but both remain important, iconic players in America’s economy.

The results of the current Strike could, like the UAW-GM battles of old, have big ripple effects across the economy.

In other words, this fight isn’t just about them.

It’s also about us.

To Directly Access This Labor Perspective, Go To: www.nydailynews.com/opinion/ny-oped-why-the-gm-strike-matters-20190920-c5lcdbq4bjcrjbklv2kbbyjegy-story.html?fbclid=IwAR3ueL72LYD67n-Iu7BhfEYDKGHlJb-MEsAGL3R3I6-igJ2-UFSaCAfsVz4