DNC Chair & Buffalo Native Tom Perez Walks With Striking UAW Workers Outside Tonawanda Plant  Tells GM: (You) Got A Bailout And They Got A Massive Tax Cut. You Need To Share That With Your Workers. 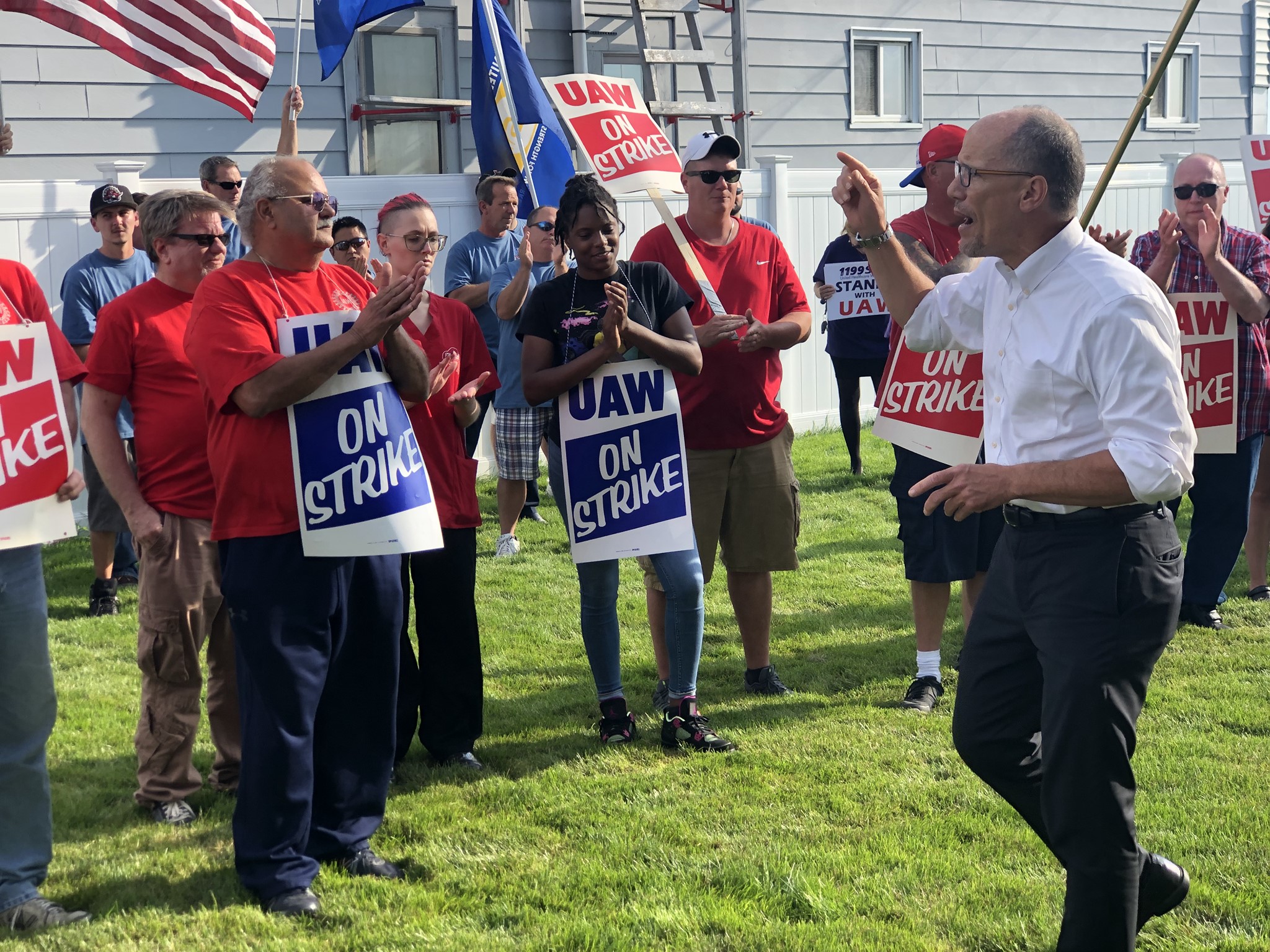 (TONAWANDA, NEW YORK) – As the United Auto Workers (UAW) continued its Strike against General Motors (GM), the Chairman of the Democratic National Committee (DNC) and Buffalo native Tom Perez came to Buffalo last week to walk the line with the Auto Workers, telling them he stood with them.

GM Employees have been on Strike for seven days now, standing their ground for fair wages and benefits after the UAW and GM couldn’t reach a contract agreement on September 15th.

On Wednesday (September 18th), many workers on the picket line said it was “energizing” and “creates momentum” to have the support Perez, a National Power Player with local roots.

Perez, the former Labor Secretary under President Obama, says GM is “playing dirty.”  “They ‘got a bailout and they got a massive tax cut.’  ‘You need to share that with your Workers,’” he said.

Connie Johnson, a GM Worker of six years, told WIVB-TV in Buffalo that she’s glad Perez is reminding the Nation that Workers stood by GM during tough times: “They ‘don’t realize that after the bailout, so many concessions we’re made and pretty much everything was given up.’  ‘And it’s our feeling now that GM should be giving - restoring all of that.’”

Asked about narrowing down the long list of Democratic Presidential Candidates, Perez said the DNC will get there with its nominee by next Spring, but in the meantime, he brought the question back to the UAW Strike, saying all of the candidates are supporting Unions.

“They ‘believe’ Union Members ‘should be at the table and not on the menu.’  ‘Unfortunately, there’s a President in the White House that wants to make sure the Labor Movement’s on the menu.’  ‘How do we know that?’  Look at the two Supreme Court Justices ‘he appointed.’  ‘Anti-Union Justices who have made it much more difficult in the Public Sector to organize a Union.”

To Continue Reading This Labor News Report, Go To: www.wivb.com/news/local-news/dnc-chair-buffalo-native-visits-uaw-workers-on-strike/?fbclid=IwAR2N1KOi3mbFGtLEm_UHkCjZDZuoYjyEY1zCT0NdC0ZmdQpd7mFWJnpXnZI