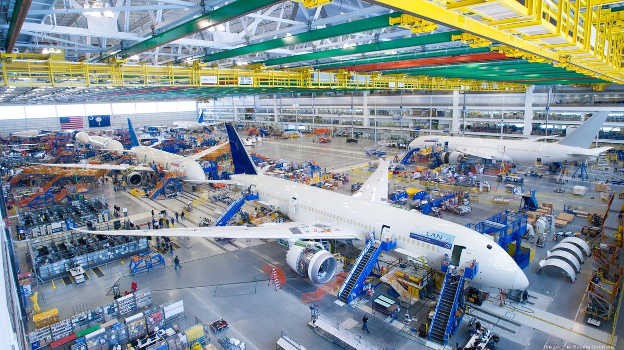 (NORTH CHARLESTON, SOUTH CAROLINA) - Complaints that Boeing fired Workers for supporting a Labor Union will still be heard despite a ruling this week that blocked the Union’s attempts to get a foothold at the Aerospace Giant’s North Charleston Campus in South Carolina.

In a 3-to-1 ruling issued Monday (September 9th), the National Labor Relations Board (NLRB) said Flight Line Workers employed at the company’s 787 Dreamliner plant can’t join the International Association of Machinists (IAM) as their own separate group.

The ruling puts an end to the Union’s 18-month battle to organize 178 Technicians and Inspectors.

But Unfair Labor Practice (ULP) Charges filed by the Union against Boeing will continue to work their way through the system as the IAM tries to get five fired Flight Line Workers rehired.

“This is far, far from over,” said Bill Haller, the IAM’s Associate General Counsel.

A Regional Director for the NLRB last month said there’s enough conflicting evidence about the five firings to send the matter to an Administrative Law Judge, who will take testimony under oath and determine whether Boeing violated Federal Labor Laws.

Boeing said in a written statement that it “does not tolerate any form of retaliation” and disagrees with the Regional Director’s decision, but is fully cooperating with the Labor Board’s investigation of the charges.

Three of the Workers were fired for purportedly failing to notice a bird strike on an engine following a 787-10 test flight.

Two others were fired for allegedly violating safety and other rules.

The Workers say they were fired for their Union support, a charge Boeing denies.

Haller said the IAM will request an injunction calling for the Workers’ immediate return to their jobs while the cases are pending.

The NLRB would have to approve such an injunction.

“I’ve ‘never seen a case that cries out more strongly for injunctive relief,’” Haller said. “Unfortunately, it’s the Labor Board ‘that does it.’  ‘All we can do is request that they do their jobs.’”

Regardless of how an Administrative Law Judge rules, the decision can be appealed to the Labor Board and Federal Appeals Court, setting up a process that can take years to resolve.

Robert Barnwell, the IAM’s Grand Lodge Representative, said Union Supporters remaining on the North Charleston flight line are fearful of retribution in the wake of the NLRB ruling.  “They spent a long time fighting this battle, so ‘they’re upset,’” Barnwell said.

The IAM attempted to organize the North Charleston site’s 2,700 Maintenance and Production Workers in 2017 but lost that vote by a 3-to-1 margin.

Vinny Addeo, the Union’s Organizing Director, said the IAM is still studying its next move - but remains committed to establishing a presence at the North Charleston campus.

To Read This Labor News Story In Its Entirety, Go To: www.postandcourier.com/business/union-vows-to-keep-fighting-for-fired-workers-despite-boeing/article_e1c2447c-d3ef-11e9-a021-534ab334ba8e.html?fbclid=IwAR14qvpOQnTahVejWyda798RMaPbU_QmnzaN19hiuhXXqV8oRBQgypBqRw8