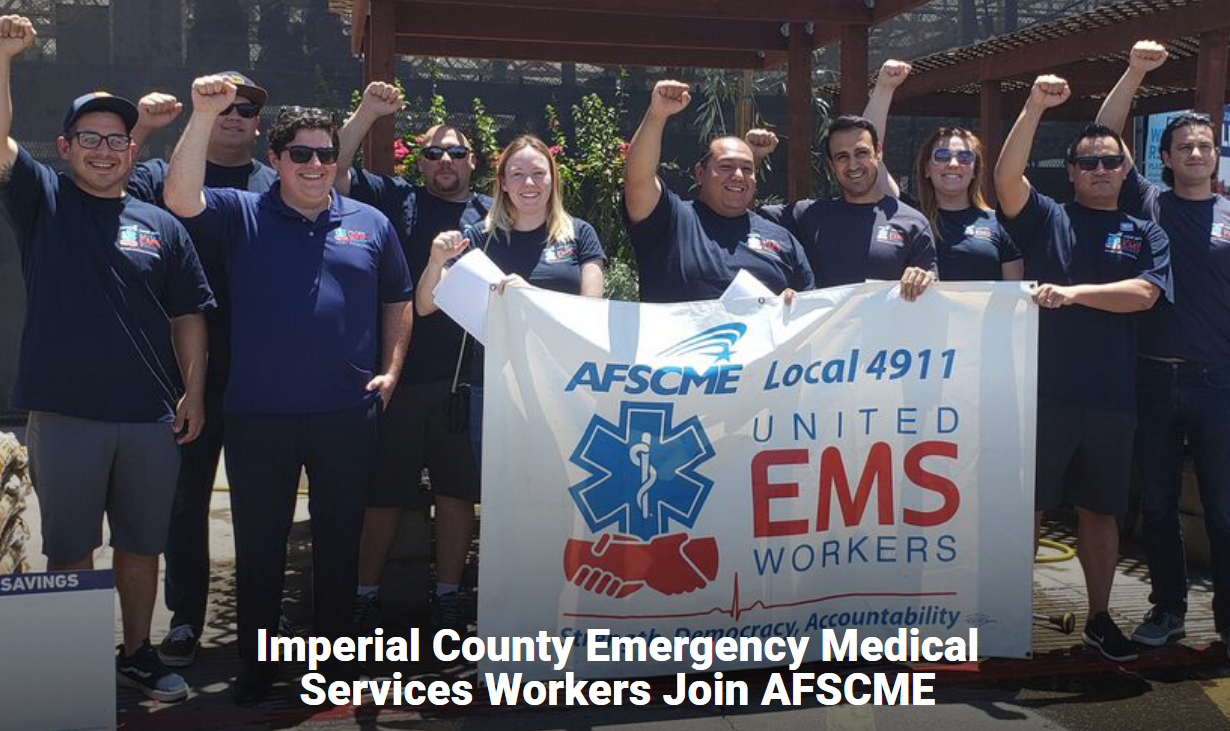 This month, they will begin bargaining for a contract that will raise industry standards.

Imperial County started contracting services with American Medical Response (AMR) in February.  Immediately, their EMS Workers began working to build power and solidarity to secure a seat at the table, according to Edgar Cordova, a Paramedic for seven years.

“We had a ‘rough situation’ with our last employer, Gold Cross, ‘and wanted to tackle issues such as poor pay and low staffing levels to improve the level of care that our patients receive,’” Cordova said. “It was ‘daunting to stand up to a company that is new and as big as’ AMR, ‘but we were able to do it by standing together.’  ‘Now, we have a real voice and a seat at the table to fight for better EMS service.’  ‘Our future has never looked brighter.’”

Guillermo Gonzales, a Paramedic, wants to boost wages to improve retention and recruitment.

“We’ve ‘lost a lot of dedicated’ EMS Professionals ‘because of better pay in surrounding areas, which leads to longer hours, unsafe staffing levels, and (it) impacts the response time for our patients,’” explained Gonzales.

According to The Imperial Valley Press, the starting pay for Paramedics is $13.50 per hour, while EMTs are paid $12, California’s Minimum Wage.

Wages offered to paramedics in nearby Yuma, Arizona, are $19 per hour, making it a more attractive option for job seekers.

“We are ‘looking forward’ to sitting down with AMR to start the process of bargaining for a contract ‘that offers competitive wages, benefits and working conditions,’” Gonzales said. “We ‘are really excited to move forward.’  ‘We can’t wait.’”

To Directly Access This Labor News Report, Go To: www.afscme.org/now/imperial-county-emergency-medical-services-workers-join-afscme