Take The Time To Listen To This Labor Discussion On Politics With WNYCs Amy Walter: Several National Labor Leaders Answer The Question - Will Unions Deliver 2020 To The Democrats? 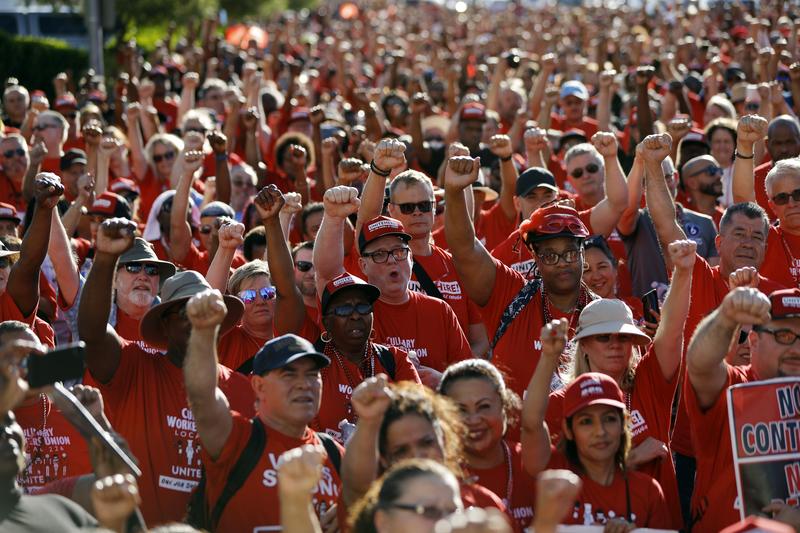 In the episode, we look at the rise and fall of the Labor Movement, particularly Unions.

But over the years, many Unions have watched their Membership numbers decline.

As a result of a few Supreme Court decisions, a loss in manufacturing jobs and a lack of increased Federal protections, the influence of Unions was reduced.

Now, as we edge closer to 2020, candidates hoping to win the Democratic nomination have made rebuilding the Middle Class the central tenant of their candidacies.

So, what role will Unions and Organized Labor play in 2020?

Plus, we look at Domestic Workers and Caregivers and how they've been left out of the conversation when it comes to Labor Protections.

To Listen To This Labor Discussion, Go To www.wnycstudios.org/story/takeaway-2019-08-30 And Click On The Link At The Top Of The Page.