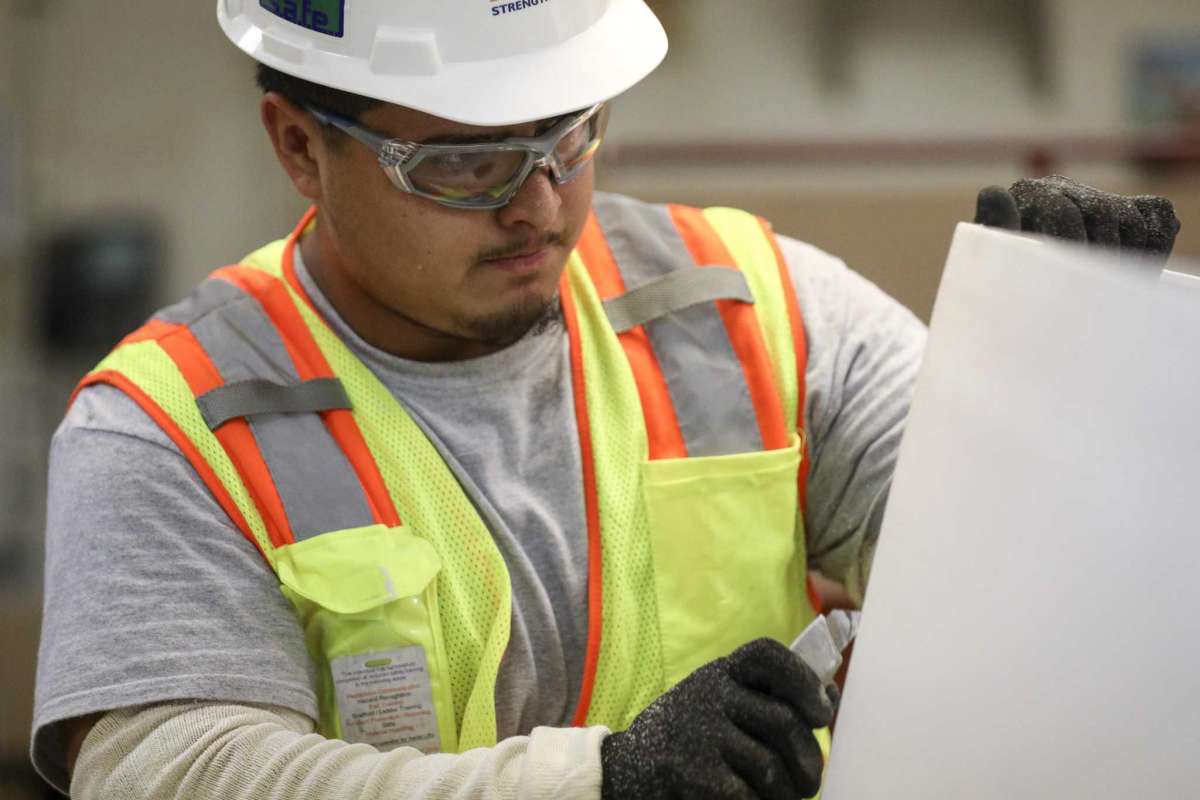 (HOUSTON, TEXAS) - A year into working at a collection agency’s call center, Pete Martinez didn’t see much of future.  The pay was low, the opportunities for advancement dismal and the likelihood of getting laid off high, but as an Army Veteran with a high school diploma, he saw few other career prospects ahead.

That changed on August 26th.

Martinez was offered an Apprenticeship in fire-proofing, a Construction Trade that typically starts at $26 an hour.

Including his GI Bill, he had the potential to make as much as $30 an hour within a year.

So he quit his call center job after driving from San Antonio to Houston to start training.

“That was a ‘life-changing decision’ for me,” said Martinez, whose income supports himself, his parents and his two siblings. “I ‘just want to be stable.’”

For people such as Martinez, who have struggled to garner the skills required for higher-paying jobs, the longest economic expansion in history and one of the tightest labor markets ever are creating opportunities they’ve never had before.

Competition for talent is fierce - so fierce that Workers traditionally overlooked by employers are finding that companies not only are willing to give them a shot, but also provide the skills training they’ve desperately needed but could never afford.

The Texas Unemployment Rate has slipped to a record low of 3.4% while unemployment nationally is at 3.7%, near a 50-year low.

Perhaps more significantly, the demand for Workers is enticing people who stopped looking for work and dropped out of the labor force to resume job searches - searches that in many cases are succeeding.

Across the Nation, the number of people who gave up job searches but still wanted to work has fallen by nearly 200,000 over the past year and by nearly 2two million since peaking at more than 7 million in 2013, according to the U.S. Department of Labor.

Employers are so hungry for Workers that they are again willing to invest in employees who say they typically get brushed aside.

For these Workers, such as Veterans, the previously incarcerated and mothers, the opportunity to gain skills, certifications and experience likely will have a lasting impact on their lives and families.

“One of the ‘best ways’ of acquiring marketable skills for future opportunities is by being employed currently,” said Parker Harvey, an Economist for Texas Workforce Solutions. “That collective increase in human capital ‘has the potential to pay dividends for years to come.’”

To Continue Reading This Labor News Story In Its Entirety, Go To: www.houstonchronicle.com/business/economy/article/Skills-training-apprenticeships-target-employees-14401375.php