The Worker's Friend? Hereâs How Trump Has Waged His War On Workers: A Look At The Presidentâs âContinual Attacks On Americaâs Working Men & Womenâ

The Media âTrains Its Spotlight âOn This Trade War Day After Day, âWhile Paying Scant Attention To The Continuous Stream Of Anti-Worker & Anti-Union Actionsâ That Trump And His Administration Have Taken 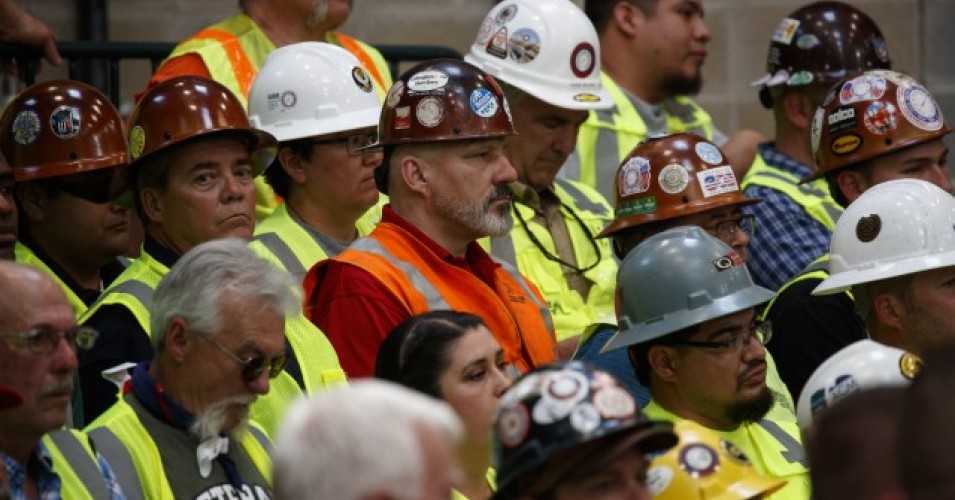 When it comes to wowing Workers, Donald Trump is an absolute magician.

Through some mysterious sorcery, he has convinced millions of American Workers that he is their true friend, fighting hard for them, even though he and his appointees have taken one Anti-Worker action after another - dozens of them.

Yes, it is perplexing to many of us that so many Workers are still wowed by President Trump even when his Administration has rolled back Overtime Protections for millions of Workers and made it easier for Wall Street firms to rip off Workers’ 401(k)’s - to cite just two of many such actions.

A Labor Leader recently explained to me, with considerable dismay, how Trump performs his magic on Workers.

Day after day, Trump pounds and pummels China over trade, and his macho trade war often dominates the headlines.

That, this Labor Leader said, convinces many Workers that Trump is their guy: While previous Presidents refused to stand up to China, he alone has bravely launched this trade war to make sure China stops cheating America - and American Workers.

The media trains its spotlight on this trade war day after day, while paying scant attention to the continuous stream of Anti-Worker and Anti-Union actions that Trump and his administration have taken.

Not surprisingly, millions of people have little knowledge of Trump’s flood of actions undermining Workers.

I once went to a Broadway theater to see a magician famed for his card tricks and that has helped me understand how Trump works his magic.

With his strong voice and with one hand in the spotlight, that magician dazzled and did amazing tricks - but with his other hand, which was in the dark, he performed all but invisible sleight-of-hand that made those tricks and successes possible.

That’s Trump: With one hand he enchants the crowd, while the other hand, outside the spotlight, steadily pushes down and squeezes down on Workers day after day.

Think Tanks and Worker Advocates have compiled lengthy lists of Trump’s Anti-Worker and Anti-Union actions - some more than 50 items long.

Trump has effectively scrapped the “Fiduciary” Rule that required Wall Street firms to act in the best interests of Workers and Retirees in handling their 401(k)s - a move that could cost many Workers tens of thousands of dollars.

Trump erased a rule that extended overtime pay to millions more Workers, a move that will deprive many Workers of thousands of dollars per year.

While Trump boasted that he is the best friend of Miners, his Labor Department pushed to relax rules for safety inspections in coal mines, but was stopped by a Federal Circuit Court.

Trump has made it easier to award Federal Contracts to companies that are repeat violators of Wage Laws, Sexual Harassment Laws, Racial Discrimination Laws or Laws protecting Workers right to Unionize.

Trump has reversed a ban on a toxic pesticide, chlorpyrifos, that causes acute reactions in Farmworkers and does neurological damage to children.

He has greatly relaxed requirements for employers to report workplace injuries, making it harder for Workers to know how dangerous their workplace is and what hazards need correcting.

His administration is hurting Gay, Lesbian and Bisexual Workers by urging the Supreme Court to rule that Federal Anti-Discrimination Laws don’t cover them, which would give employers a green light to fire them.

His administration has rolled back rules that sought to prevent payday lenders from preying on financially strapped Workers.

He ordered a pay freeze for Federal Workers, only to have Congress reverse that move.

His administration has also maneuvered in myriad ways to weaken Federal Employee Unions.

In a bizarre, pro-corporate twist, Trump’s Labor Department is even allowing many employers who violate Minimum Wage, Overtime and other Wage Laws to avoid any penalty by volunteering to investigate themselves.

In a blow to Workers of Color and Women, the Trump Administration scrapped a rule that let the Equal Employment Opportunity Commission (EEOC) collect pay data from large corporations so it could obtain insights into possible pay discrimination by gender and race.

His Administration has even relaxed Child Labor Rules, allowing 16-and 17-year-olds who work in nursing homes and hospitals to operate power-driven patient lifts without supervision - even though thousands of experienced adult Health Care Workers get injured each year moving and lifting patients.

To Continue Reading This Labor News Story, Go To: www.commondreams.org/views/2019/08/30/workers-friend-heres-how-trump-has-waged-his-war-workers?fbclid=IwAR3AdHp-WPZwk3aT4gheWEImgtsSCPJk7mupwZ5gBN3g_Q9BuOUgHxLhL5w