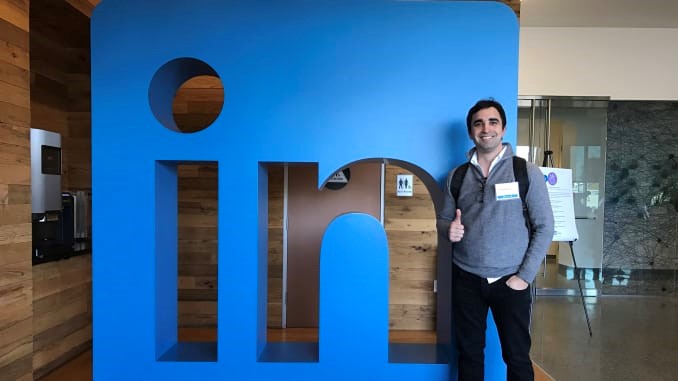 Since 2017, LinkedIn has launched three Apprenticeship Programs designed to bring people from outside technology into its engineering, sales and recruiting ranks.

LinkedIn has hired people from the food industry, veterans, mothers who left the workforce and even a former National Football League (NFL) kicker.

The company is trying to help fill the massive talent gap in tech and bolster diversity among its Staff.

LinkedIn’s inaugural Reach Initiative, an Engineering Apprenticeship Program for people with non-technical backgrounds, including Veterans, Teachers, Mothers who left the workforce and Athletes.

As part of its push to create a more diverse workplace and train people for other jobs in technology, LinkedIn has since introduced two more Apprenticeship Programs.

One of them attracted former NFL Kicker Derek Dimke, who still works at the company.

The practice isn’t limited to LinkedIn, which is owned by Microsoft.

Apprenticeship Programs have gained popularity across the tech industry in recent years.

In July, Twitter launched an Engineering Apprenticeship Program aimed at women and minorities.

Amazon is looking to bolster technical talent internally and announced earlier this month that it will invest $700 million to train about one-third of its U.S. Workforce in “high-demand areas like medicine, cloud computing, and machine learning.”

There are more than 500,000 unfilled computer science jobs across the U.S., according to Code.org.  Those positions have become harder to fill with foreign workers since 2017 due to the Trump Administration’s policies that have limited immigration and cracked down on H-1B Visa approvals.

At the same time, there’s an increasing number of ways for people to learn programming skills, whether through a host of on-line courses or from Coding Bootcamps, which have produced more than 15,000 graduates a year in the U.S. since 2015, according to Course Report.

“We want to create economic opportunity for every member of the global workforce,” said Brendan Browne, LinkedIn’s Vice President of Global Talent Acquisition, in an interview. “I’m not sure how we can really execute on that vision fully unless we actually live up to it by bringing the most diverse talent from a variety of walks of life into the company.”

Browne summed up the strategy this way: “Just bring in a bunch of people who don’t look like me, train them and just get out of their way.”

To Directly Access This Labor News Story, Go To: www.cnbc.com/2019/08/24/linkedin-apprentice-programs-train-food-workers-teachers-athletes.html