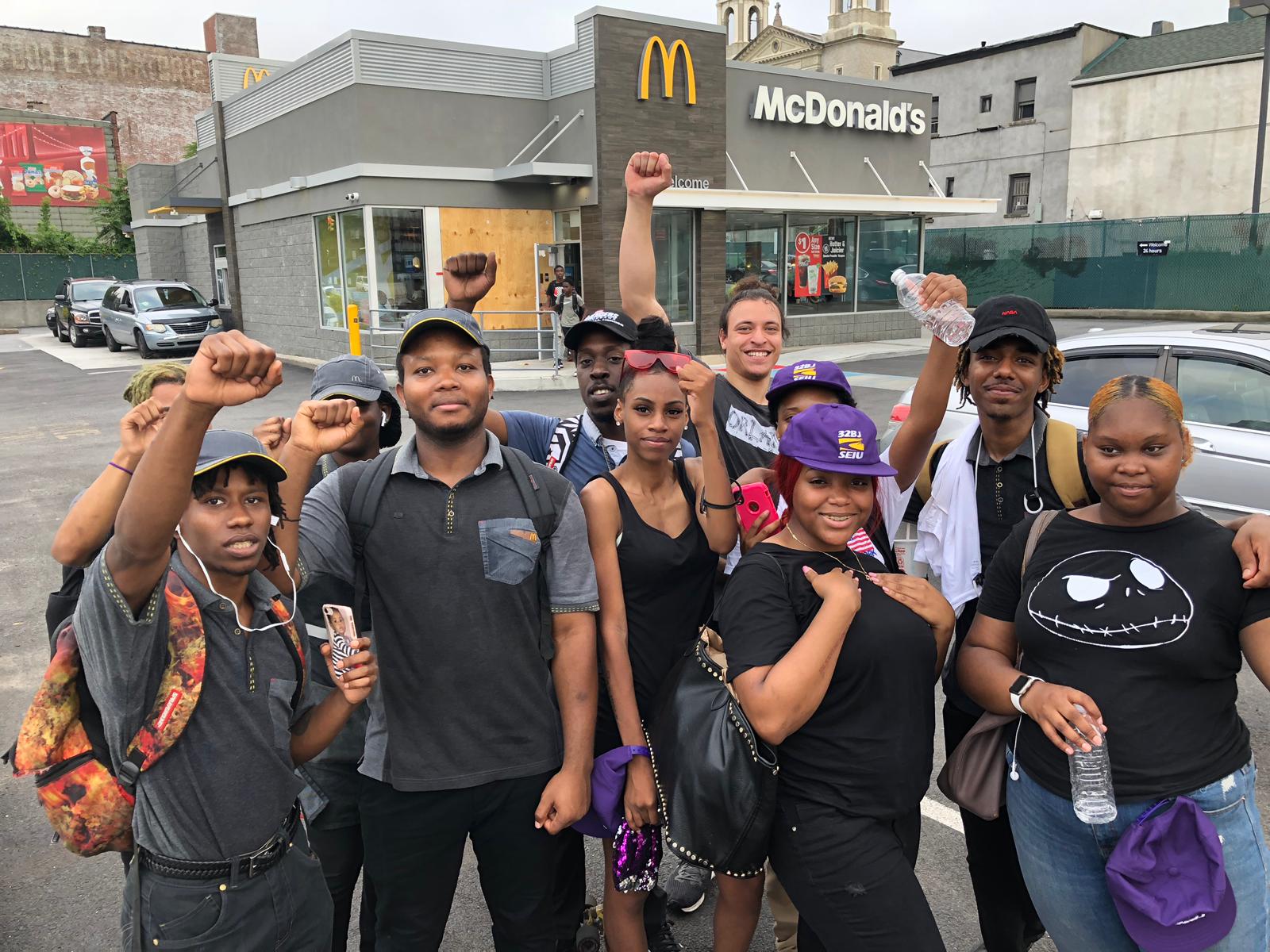 (NEW YORK CITY) - The Fight for $15 Campaign launched in 2012, succeeded in lifting the Minimum Wage, but without a Union, Fast Food Workers at McDonald’s Burger King, Kentucky Fried Chicken, Taco Bell and the rest of the Big Chain Eateries, are still vulnerable to on the job sexual harassment, intimidation, wage theft, unreliable scheduling, favoritism and more.

A nebulous franchisee model that helps shields parent corporations from responsibility - coupled with high turnover rates and intensely high levels of job insecurity - all contribute to making it extremely difficult for Organizers to convince wary Co-Workers to Unionize.

Presidential Candidate Bernie Sanders’ recently unveiled his “Workplace Democracy” Plan and goal of doubling Union Membership during his first term in office, but Fast Food Workers in New York City are already pressing hard for Union Representation - despite the existing roadblocks in their way.

“I have a service manager who’s about twenty-years-old and he’s ‘screaming at’ a sixty-five-year-old (Worker) ‘and no one speaks up,’” 21-year-old Chipotle Worker Jahaira Garcia tells LaborPress. “There ‘is no respect there at all.’  ‘It’s very devastating’.”

Working fast food may be hectic, but Chipotle Worker Jeremy Espinal, 20, says he welcomes the hard work and likes interacting with customers.

What he can’t abide, he says, is a workplace “culture” that continually seeks to demean and disrespect Employees.

“They ‘do this kind of stuff to beat you down mentally and make you feel that you’re not doing good enough, so that they can milk you and get the most that they can out of you,’” the Hunter College student says. “Managers ‘beat down’ the Workers, ‘they make them feel crappy and all of this stuff.’  ‘They also hold over you, the fact that you can be fired at any moment.’”

The Service Employees International Union (SEIU) started partnering with Fast Food Workers in the Fight for $15 Campaign seven years ago and continues to support Workers in the fight for Unionization.

32BJ SEIU President Kyle Bragg says that as revolutionary as the Fight For $15 Campaign has been - it’s time to truly fulfill the goal of Unionization.

“Seven years ago, when New York City Fast Food Workers ‘rose up and demanded ($15) and a Union, no one thought it was possible,’” Bragg says. “Not only did New York Fast Food Workers ‘persevere and win ($15) for all Low-Wage Workers in New York, cities around the nation also heard their call and raised minimum wages there too for all their Low-Wage Workers.’  ‘Now, even the Presidential Candidates are calling for a National ($15) Minimum Wage!’  ‘This has been an amazing victory, but now it is time to fight and win the second part of our demand: a Union for Fast Food Workers in New York City.’”

By next year, that figure is projected to rise to more than $223 billion.

Studies, however, show that half of the Nation’s more 3.65 million Fast Food Workers still rely on public assistance for survival.

To Continue Reading This Labor News Report, Go To: http://laborpress.org/fast-food-workers-deserve-a-voice-on-the-job-and-a-contract/