Know Your Enemies & Keep Tabs On How They Are Attacking You: ALECâs 2019 Agenda to âErodeâ Union Power 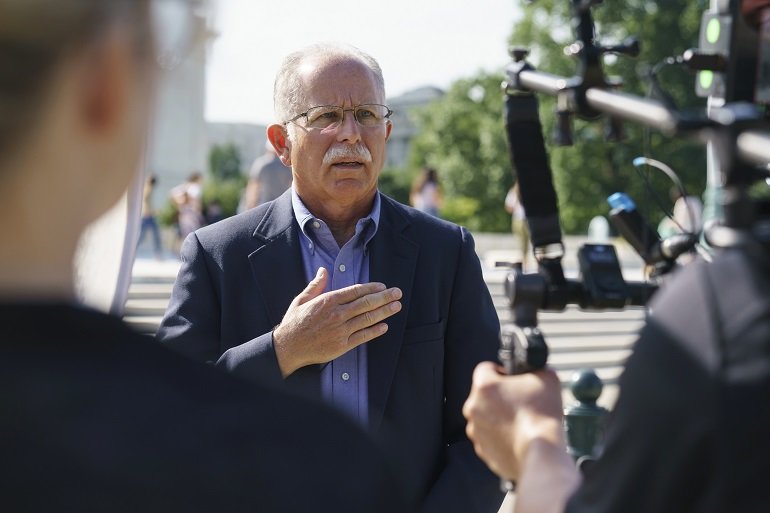 (WASHINGTON, D.C.) - When Mark Janus was introduced at the Conservative American Legislative Exchange Council (ALEC) conference in Washington, D.C. in December 2018, he was hailed as a conquering hero.

Lisa Nelson, the group’s CEO, called him “the successful plaintiff of one of the most consequential Supreme Court decisions of the year” - a man who helped achieve “a Herculean feat for Employees' rights.”

Tennessee Republican State Senator Brian Kelsey later told the crowd that the Janus v. AFSCME decision, which ruled Non-Union Employees can opt out of paying fees to Unions representing them in budget negotiations, was “the ‘biggest win’ for Workers’ Rights and Workers’ Freedom ‘in over a generation.’”

But when Janus took the stage, soft-spoken and unassuming in his glasses and white mustache, the former Illinois State Worker stressed that the fight was just beginning.

He urged Legislators at the conference to champion ALEC’s “very, very positive” model bills that would further restrict Public and Private Unions' power in their states.

The Supreme Court's ruling gave the Conservative Group and others new momentum when pursuing that mission in state capitals.

“Get ‘girded’ for a fight,” former U.S. Education Secretary Bill Bennett told State Lawmakers at the conference, “because it’s ‘gonna take place.’  ‘It will now be fought out on the ground, in the places you know best.’”

ALEC's “Public Employee Rights and Authorization Act,” for instance, would codify the Janus decision at the State level, establishing a “Right-To-Work” for Public Employees and declaring that these Employees have to give “affirmative consent” for their Union to collect payments from them.

More than half the states already have similar laws.

Under the “Union Recertification Act,” what ALEC calls “Worker Voting Rights,” Workers in Unions would have to vote every couple of years on whether they want to continue with their current Union Representation.

Typically, there is no such opportunity for Public Employees, unless they go through a very involved and rare “decertification” process.

Similar laws have already passed in Florida, Iowa, Missouri and Wisconsin, according to F. Vincent Vernuccio, a Senior Fellow at the conservative Mackinac Center for Public Policy.

Then there are “Workers’ Choice” Bills, the “Public Employee Choice Act” and the “Comprehensive Public Employee Freedom Act,” which would allow Government Workers to opt out of Union Representation and represent themselves in negotiations with their employer.

These type of Bills have yet to be passed anywhere, though they've been introduced in states like Illinois, Michigan, Missouri and Pennsylvania, says Vernuccio.

Other ALEC Bills would increase transparency in Union spending and ban “release time,” in which a Public Employee draws a public salary while working on Union Recruiting and Representation Activities.

To Continue Reading This Labor News Report, Go To: www.governing.com/topics/workforce/gov-alec-unions-conference-labor-janus-2019.html?fbclid=IwAR0snLUsVHUCYhxbmsZIq1kfM1A_8kFojDCrS_mGFJgkzybabHlbvWIb-PY