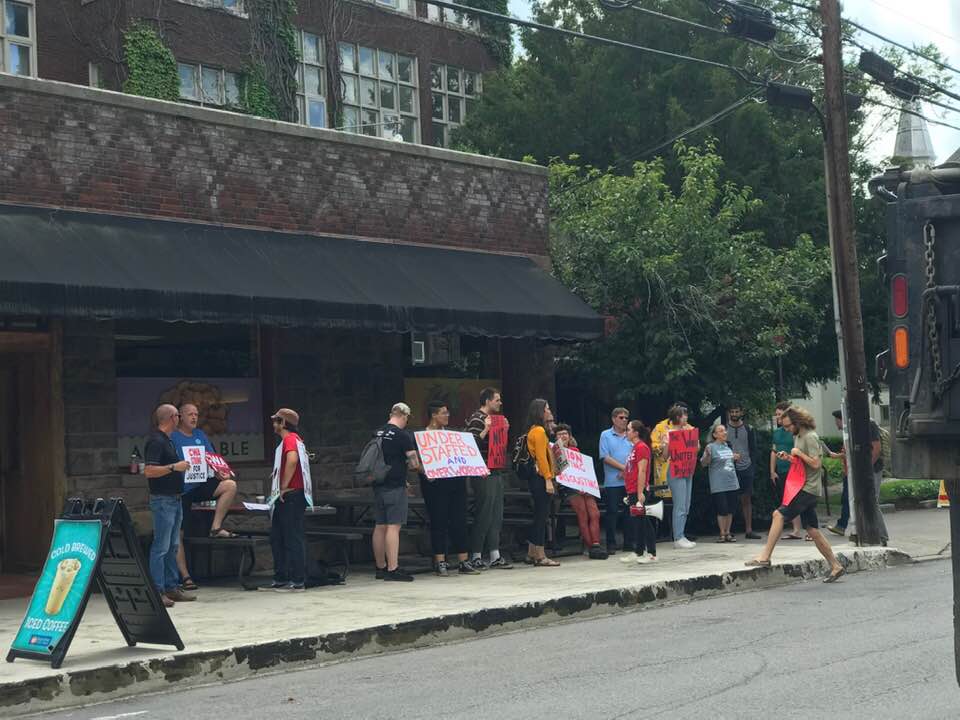 (ITHACA, NEW YORK) - The newly-formed GreenStar Workers Organizing Group has begun a public push to Unionize all Employees of the Organic Grocery Store to combat what they say are unfair and unreasonable actions by management and to fight for more equitable workplace practices from the company.

The effort has been ongoing for over a year, including last week as Workers rallied in Ithaca (Pictured Above/Photo Courtesy of the Communications Workers of America Via The Social Network Facebook), as Employees have begun to raise complaints regarding what they feel are instances of discrimination along racial and gender lines, unequal wages and inconsistent personnel policies, to name a few.

These problems, they said, have been exacerbated as their efforts have gained momentum among Staffers. 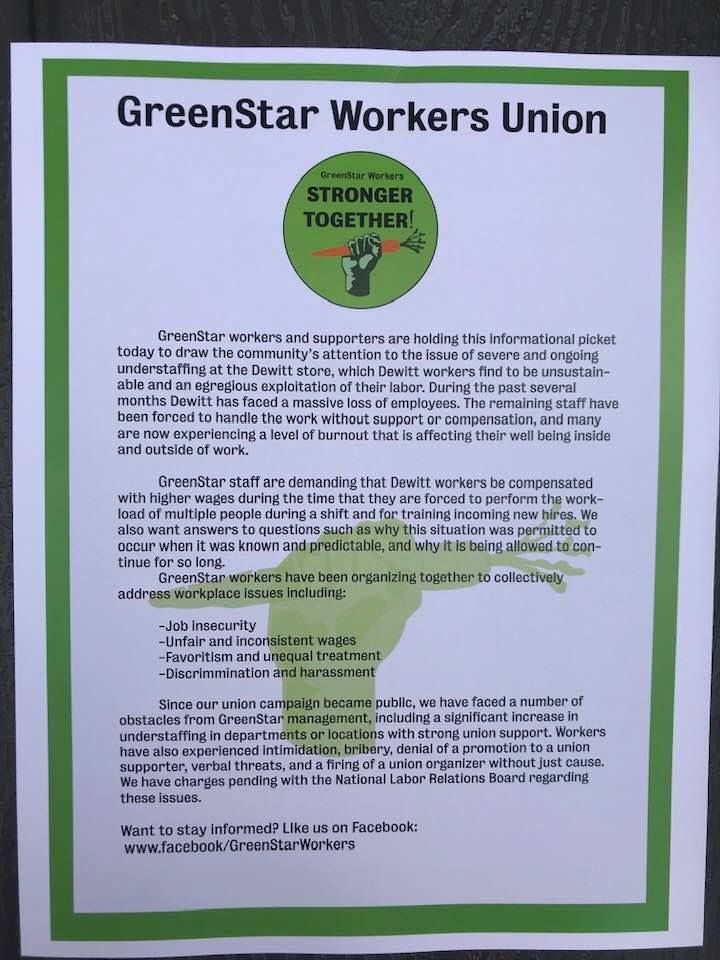 The Workers also filed charges with the National Labor Relations Board (NLRB) against GreenStar management (The outline of the case can be read here on the NLRB site).  The charges include six instances of what the Organizers allege are examples of Unfair Labor Practices (ULPs) and attempts to squash the Unionizing effort; The firing of former Employee (and Organizer) Alessandro Powell; Threats from managers and human resources staffers; A promotion in exchange for withdrawal from Union support; and the Withholding of a promotion for due to Union support - all of which are purported to have happened in June.

Five of the organizers spoke with The Ithaca Times about their experiences and concerns, four of whom (Yarra Berger, Gnu Quintal, Michael Amadeo and Melissa Smith) are still Employees at the locally and beloved Grocery Store Cooperative, which recently announced West End expansion plans.

Powell, as previously mentioned, is now a former Employee - although he is still involved in the organizing efforts.  He was recently terminated by GreenStar after just a month of employment, which he believes was a result of his open Unionization sympathies and his work with the organizers.

Powell said GreenStar’s stated reason for firing him was a discrepancy on his resume, although he is convinced it is because of his organizing.

His situation, they say, illustrates the precarious nature of GreenStar Workers’ employment status, another grievance the Workers hold that they hope Unionizing can cure.

The Workers say they are At-Will Employees, which mean they can be fired without cause.

The Organizers said those marginalized face discrimination and poor treatment from management and customers without sufficient help from within GreenStar to properly deal with those situations, another thing they intend to address during any further Unionization and subsequent negotiation effort.

To Continue Reading This Labor News Report, Go To: www.ithaca.com/news/greenstar-workers-claim-management-interference-during-unionization-push/article_34e07708-a805-11e9-b5cc-27cf159c737b.html