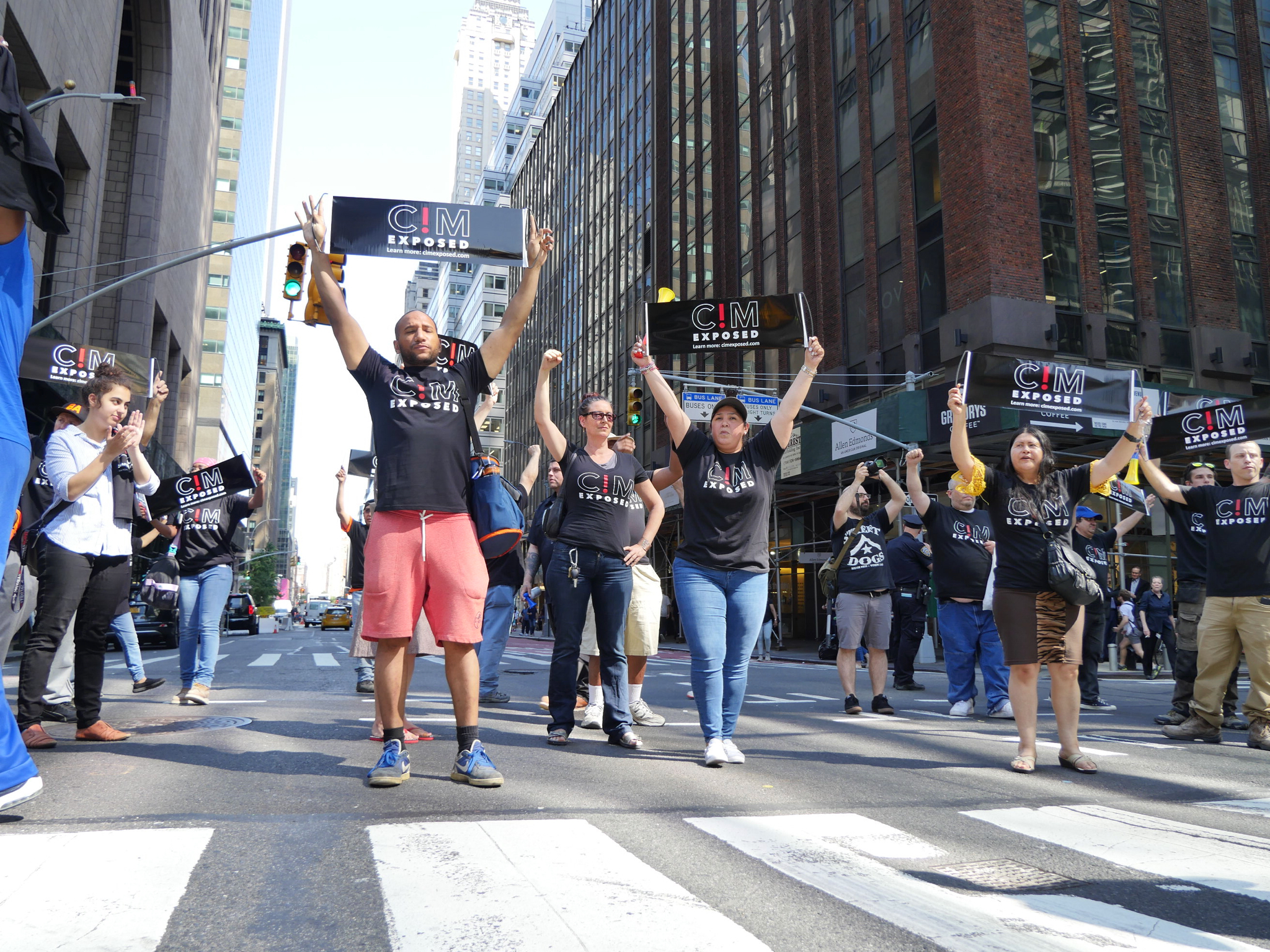 (NEW YORK CITY) - “We ‘really need to get rid of’ Non-Union Construction in New York City,” Joe Scopo, the Head Organizer of District Council 16 of the Cement and Concrete Workers, told LaborPress a few minutes before a lunch-hour protest outside the CIM Group’s offices in Midtown Manhattan last week.

“They’re ‘exploiting’ Workers ‘in every way they can:’ Wage Theft; Racism - ‘a lot of the Workers we’re talking to aren’t getting paid for five or six weeks at a time,’” Scopo said.

“Non-Union construction companies ‘are coming over here and taking our work,’” Rainaldo Ortiz, a Laborers Local 6A Member from the Bronx who was one of the about 35 Workers and supporters at the rally, told LaborPress.

CIM, a Los Angeles-based Private-Equity Firm, is one of the developers hiring Non-Union contractors to do large-scale residential construction in the city.

Building Trades Unions have been protesting outside 85 Jay Street, a 732-apartment mix of luxury condos and rentals CIM is developing in the Dumbo section of downtown Brooklyn, for well over a year, saying that the contractors it hires have a record of Wage Theft and fatal accidents.

The firm is also one of the developers, along with the Anti-Union JDS Development Group and Non-Union L+M Development Partners, on the behemoth Two Bridges project planned for the Chinatown Waterfront.

A State Supreme Court judge blocked it on July 31st, ruling the City had approved it without going through the proper land-use review procedures.

Developers estimate they save about 20-25% by using Non-Union labor, according to The Real Deal Trade Journal.

Those savings, Scopo told LaborPress, come from lower wages, cutting back on safety, not paying overtime, or sometimes not paying Workers at all, especially if they’re Undocumented Immigrants.

“They’re ‘making them pay for their own harnesses,’” he says.

The harnesses used to prevent serious falls cost around $350, a lot of money for someone making $15-20 an hour.

One Non-Union Worker he talked to, he says, told him that a supervisor had instructed him to “make it look like you have a harness on.”

He suspects, based on his 23 years of experience working with concrete, that the August 27th collapse of a Bronx building under construction happened either because the concrete wasn’t properly inspected or because too much weight was put on it.

To Continue Reading This Labor News Report, Go To: http://laborpress.org/cement-workers-stop-nonunion-construction/