With So Much For The Western New York Labor Movement To Celebrate This Year, Its Announced The Victorious Wendt Workers Will Serve As The Grand Marshals Of The 2019 Buffalo AFL-CIO Labor Day Parade 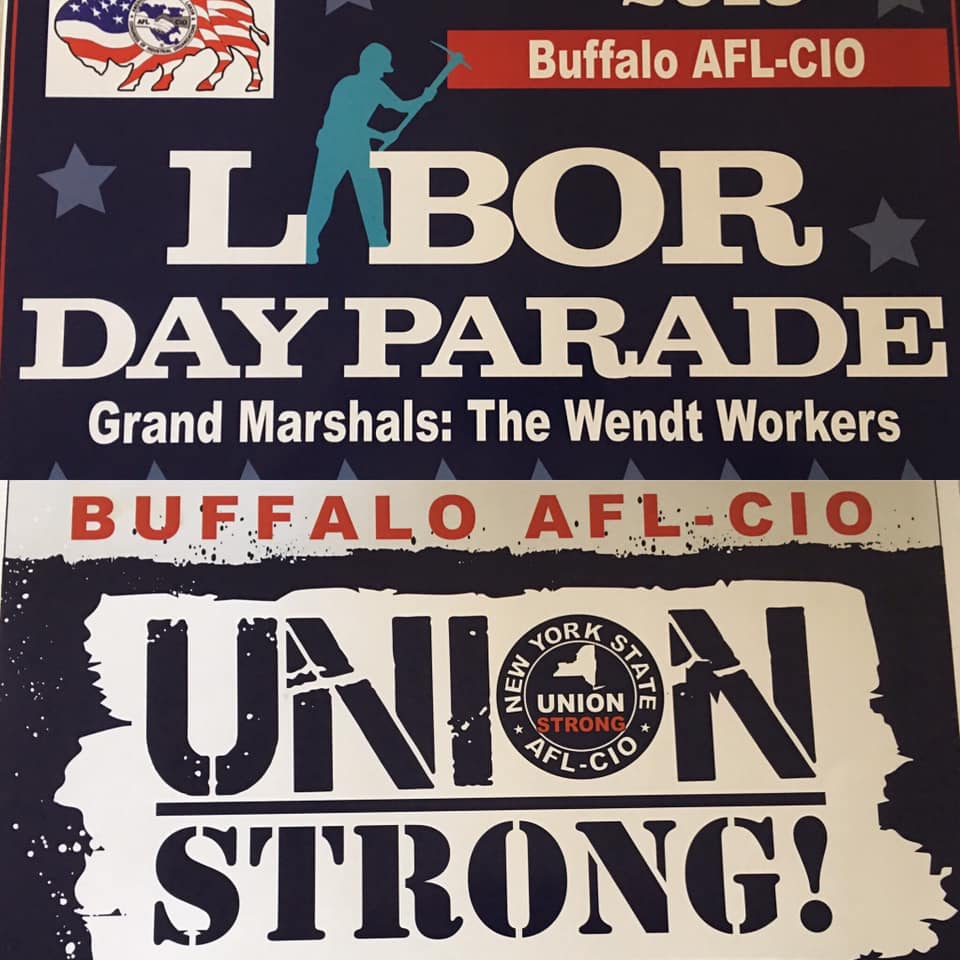 (SOUTH BUFFALO, NEW YORK) – From local SPoT Coffee Workers’ amazingly short organizing victory to achieving a major contract that covers 7,200 Health Care Workers employed by the Kaleida Health System, there is so much for the Western New York Labor Movement to celebrate on Labor Day when their annual parade takes place in South Buffalo.

But one victory - one that took more than two years to achieve, will take center stage on Monday (September 2nd) when the area’s Unions and their Members gather to march in their annual parade that squarely places the spotlight on the importance of Organized Labor and its many achievements brought about over the years through hard work, perseverance and solidarity.

On Wednesday (August 28th), the Buffalo AFL-CIO Central Labor Council and the Western New York AFL-CIO Area Labor Federation (WNYALF) joined together to announce that the Workers employed by the Suburban Cheektowaga Wendt Corporation will serve as the 2019 Grand Marshals of the Buffalo Labor Council’s Labor Day Parade.

“We ‘welcome’ the SPoT Workers into the Labor Movement ‘and we celebrate the recent’ Kaleida contract win for the Communications Workers of America, 1199 Service Employees International Union and Operating Engineers Local 17), and a tentative agreement ‘that was just reached’ at Canisius College by SEIU Local 200,” Mudie said.

Then the Buffalo AFL-CIO President turned to several of the Wendt Workers who were at the event in order to recognize their great achievement and tenacity in staying the course and finally reaching an agreement after such a long period of time. 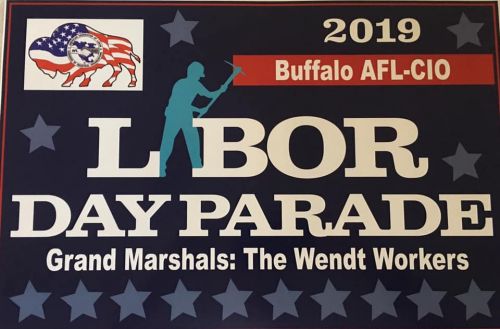 “This is ‘all about’ Organized Labor ‘making a mark.’  These Workers at Wendt ‘stood together and got it done.’  It ‘epitomizes (the Labor Movement) and its great leadership,’” Mudie said.

Despite an aggressive, company-funded Anti-Union Campaign, Workers employed at Wendt - a Cheektowaga-based auto shredding manufacturer, voted by a 70% margin to form a Union in June 2017 in order to affiliate with Ironworkers Local 576.

While there still has yet been no official word released, WNYLaborToday.com learned the agreement was a two-year deal with “significant” wage gains for the Workers who stuck together through an arduous process through the cold of Winter and heat of Summer.

“We are ‘thrilled that this struggle is ending,’” WNYALF President Richard Lipsitz told WNYLaborToday.com at the time.  “This is ‘what Organized Labor is all about’ - ‘this is what we do, having a positive impact on the standard of living for Working People and we need to make the general public more aware of that.’  The WNYALF and area Labor ‘have been proud supporters of this effort.’”

“This is a ‘tremendous’ victory,” another Labor Leader - who had knowledge of the agreement, but who did not want to be identified, told Your On-Line Labor Newspaper at the time.  “The Workers ‘stuck together and won together.’”

Also speaking at Wednesday’s announcement, WNYALF President Lipsitz also told those in attendance: “(The Labor Movement) ‘celebrates once a year as we defend the living standards of every’ Worker.  Our Labor Federation ‘unites all’ Unions ‘to defend those living standards and that can only be done when we organize.’  ‘It is now time to come together and have a good time with our friends and allies.’”

State Senator Tim Kennedy of Buffalo was also on hand to present the Wendt Workers with a New York State Proclamation signed by Governor Andrew Cuomo, congratulating them on their victory (Pictured Below/WNYLaborToday.com Photo), saying: “They ‘did not back down.’  ‘They won an old school fight.’  ‘They had their backs against the walls, but did what was right.’  ‘They banded together to make it happen.’” 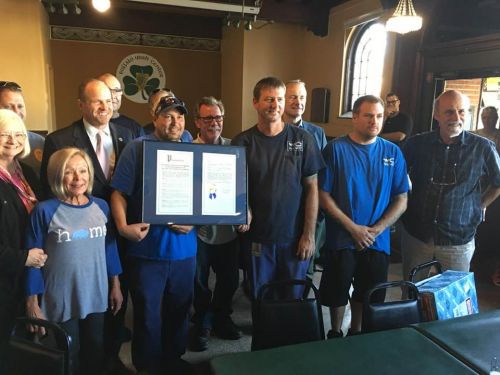 WNYLaborToday.com previously reported on the other two, major Labor victories Union Leaders spoke about at Wednesday’s event in South Buffalo:

It was two days before the Fourth of July that Workers employed by the SPoT Coffee Chain in Buffalo first went public with their desire to form a Union in their workplace.  Now, just a little more than a month and half later - on Tuesday (August 20th), those Workers hugged in celebration after their overwhelming vote to Go Union was announced.

By a final tally of 43-to-6, the SPoT (Supporting People Organizing Together) Coffee Workers - representing a total of 90 employed at four local locations, on Hertel, Delaware and Elmwood Avenues and on Main Street in Suburban Williamsville, have formed the first Union at a coffee shop in Buffalo in more than 25 years.  A majority of SPoT Coffee Workers signed cards to force the Union Election that was overseen by the National Labor Relations Board (NLRB).

“We are ‘all excited that this is over,’” CWA Local 1168 President Cori Gambini told WNYLaborToday.com today on Friday, July 26th.  “It’s a ‘very good agreement’ and is the ‘best’ (Union Health Care Contract) in the area.”

Highlights include a 4% bonus and a 6% wage increase over the life of the contract, an increase of 90 Full-Time Equivalent (FTE) Employees - which addresses Health Care Staffing problems Union Members have looked to address at Kaleida, no changes to the Workers’ health care coverage, improvements made to their pension plan, and “no concessions,” one Union Officials told WNYLaborToday.com just before the voting began.