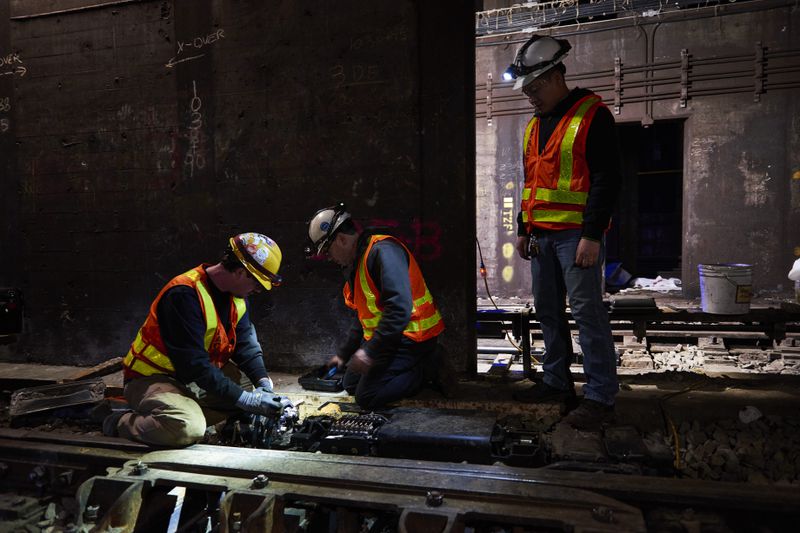 Transit Workers know garbage when they see it.

After all, we remove tons of it from the subway and bus system every day.

They include attacking our health insurance, converting full-time jobs to part-time positions and giving more work to expensive private contractors.

Are they out of their minds?

Do they think living in New York has gotten less expensive?

Do they think it’s cheaper to buy groceries, pay the rent, pay the mortgage or send your kids to college?

Do people have part-time families that can be supported by part-time work?

For 85 years, Transit Workers and Transport Workers Union Local 100 have fought to establish a decent standard of living for the men and women who move millions of people a day.

We will fight these demands together.

The MTA desperately wants riders to believe that Bus and Subway Workers, and the contracts we negotiated with the MTA over the years, are to blame for its inability to close budget gaps.

In reality, the problem has been gross mismanagement, as The New York Daily News has accurately reported many times.

As the paper reported this month: “Bad management caused the MTA to bust its overtime budget last year, says a consultant who shot down allegations of widespread overtime abuse in the cash-strapped agency.”

As it reported last month: “MTA foul-ups led to extensive delays and budget overruns in critical subway upgrades, new controller report says.  The controller’s reports said that several boneheaded moves by MTA officials were responsible for much of the delay.”

And in June: “Decades of mismanagement forced the MTA into a costly cleanup of subway drains - a multi-million dollar repair job necessary to speed trains and improve service.”

Mismanagement didn’t start under Foye, but it continued under his watch.

He was MTA President between August 2017 and April 2019, when he became chairman.

Foye recently claimed Transit Workers are taking too much time off and are needlessly driving up labor costs.

I don’t know how he came up with the “availability” statistics he cited without explanation at an MTA board meeting, and I don’t really trust them.

I do know, however, about the conditions under which Local 100 members work.

We work under live train traffic and around electrified third rails.

We work in the extreme cold and extreme heat.

We breathe in diesel fumes in bus depots and steel dust in subway tunnels.

And we suffer for it.

To Continue Reading This Labor Perspective, Go To: www.nydailynews.com/opinion/ny-oped-transit-workers-deserve-better-20190827-gabcitq4onds7a5vxbie2vsy4i-story.html?fbclid=IwAR15vRoejAz-20ydiYRuxFpbojPK4H0-Vci2eEZdzeDrIFQK9zJMjxnM9T8