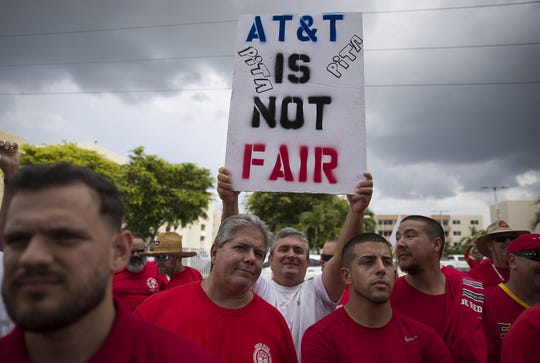 (ATLANTA, GEORGIA) - Early this morning (Wednesday, August 28th), negotiators for the Communications Workers of America (CWA) announced that they were ending their Unfair Labor Practice (ULP) Strike that had been taking place against AT&T across the Southeastern United States since Saturday.

As a result, CWA-represented AT&T Employees were return to work this afternoon.

The Strike began on Saturday and involved some 20,000 Workers.

The CWA did not say that a settlement over issues triggering the walkout had been reached.

“CWA Members’ spirit and solidarity over the last four days showed the company that we would not back down until they bargained with us in good faith,” CWA District 3 Vice President Richard Honeycutt said in a released statement. “This was a historic Strike that showed the power that Working People have when they join together.”

The CWA said earlier that the two sides met on Monday to discuss “various bargaining proposals.”

The union has already filed an Unfair Labor Practice Charge with the National Labor Relations Board (NLRB).

It described the discussion as “intense,” but also offered a glimmer of hope.

“There is a possibility that negotiations could move forward,” it said in a statement. “It is our desire to reach an agreement and attain the contract that our Members deserve.”

AT&T spokesperson Marty Richter told WRAL TechWire the company is ready to negotiate a new, improved contract - but it strongly disagrees with the Union’s claims of Unfair Labor Practices.

“Our bargaining team is negotiating this contract with CWA Leaders in the same way we have successfully done with dozens of other CWA contracts over the years,” Richter said. “The company has reached, and Union Members have voted to ratify, 20 fair agreements since 2017 covering more than 89,000 Employees.  That includes five similar agreements reached in late June and early July and ratified by CWA Members.  We look forward to doing the same here.”

For More On This Labor News Story, Go To: www.wraltechwire.com/2019/08/28/union-says-it-is-ending-strike-against-att/