âSwipe Long Enough And Youâre Bound To Find 'Em:â Why Philly Men List Their Unions On Tinder - Why? Because, In Search Of A Significant Other, They Say, Going From Non-Union To Union âMight Suggest Theyâre A Catchâ 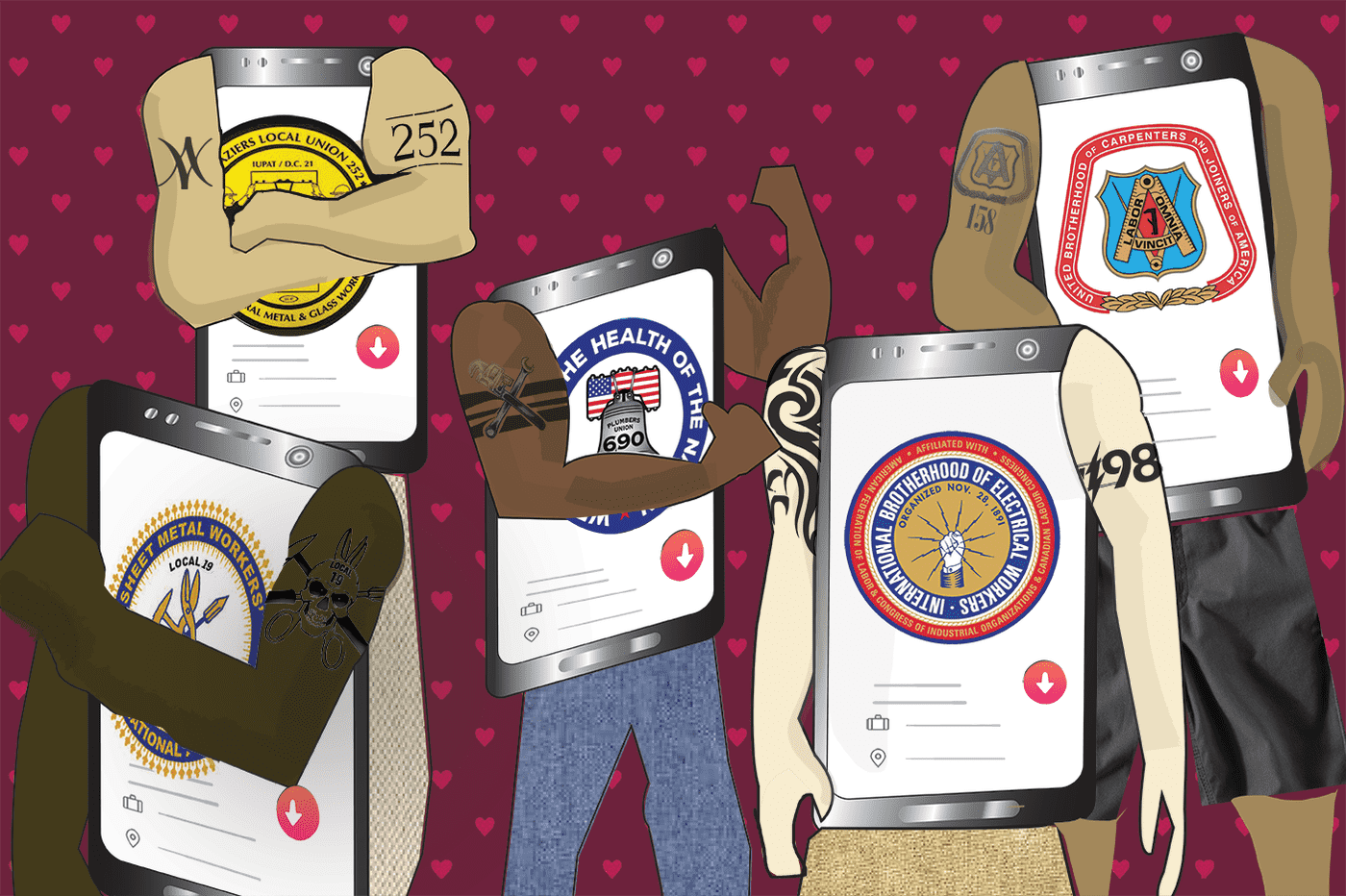 (PHILADELPHIA, PENNSYLVANIA) - Swipe long enough and you were bound to find 'em.

Somewhere between “founder at tech company” and graduate student at Temple University was Journeyman Plumber at Local 690.

And there was another, after the baristas, consultants and (a favorite job title) “hustlers” -  a Tile Setter at Local 1 Bricklayers and Allied Craftworkers Philadelphia.

One guy just listed Glaziers Local Union 252, as if it spoke for itself.

They say the Labor Movement is dying, but they must have never gone deep on Tinder.

On a platform where you get one big photo and just a few lines to prove your desirability, every word counts.

That men in the Building Trades were using their precious space to proclaim their Philly locals was saying something, I was sure.

And, in the end, did it matter to the people they were trying to attract?

As The Philadelphia Inquirer’s Labor Reporter, I wanted to know.

So I went undercover.

A word on the investigative process: Reporting on Tinder is tricky.

My aim was to be up front, but because Tinder won’t allow you to message anyone unless you both “like” each other, I also needed to attract matches.

So I chose a come-hither photo and kept my bio ethically sound: “Reporter on duty.”

Then, because I couldn’t just filter for Union Members or write “Building Trades to the front,” I had to swipe - a lot.

Which led to the inevitable muscle-memory of swiping left.

Which led to the accidental rejection of a United Brotherhood of Carpenters profile, which led to one delirious hour later looking for just one more Union Guy.

If I didn’t message someone immediately after matching, I would have to undo some things, like this: Of course, there were guys (usually, it should be noted, from Electricians Union Local 98) who trolled: Is this really what passes for a story at The Inquirer these days?

Others tried to parlay the interview into a date - or at least a few more pics.

But the guys who did talk to me - Stagehands, Electricians, Operating Engineers - most of them unwilling to let me print their names, told me this: It was a pride thing.

“Going from Non-Union to Union, you realize you really earned something,” one Electrician said. “You bust your ass for it.”

Listing their Local Union served a practical purpose - it was the most accurate way to describe their job because they didn’t have one consistent employer, but others said it might suggest they were a catch.

To Continue Reading This Labor News Story, Go To: www-inquirer-com.cdn.ampproject.org/c/s/www.inquirer.com/news/tinder-online-dating-profiles-philadelphia-unions-20190822.html?outputType=amp