This Was Never About Money: 800 Nurses At The St. Mary Medical Center In Bucks County, Pennsylvania Vote To Go Union 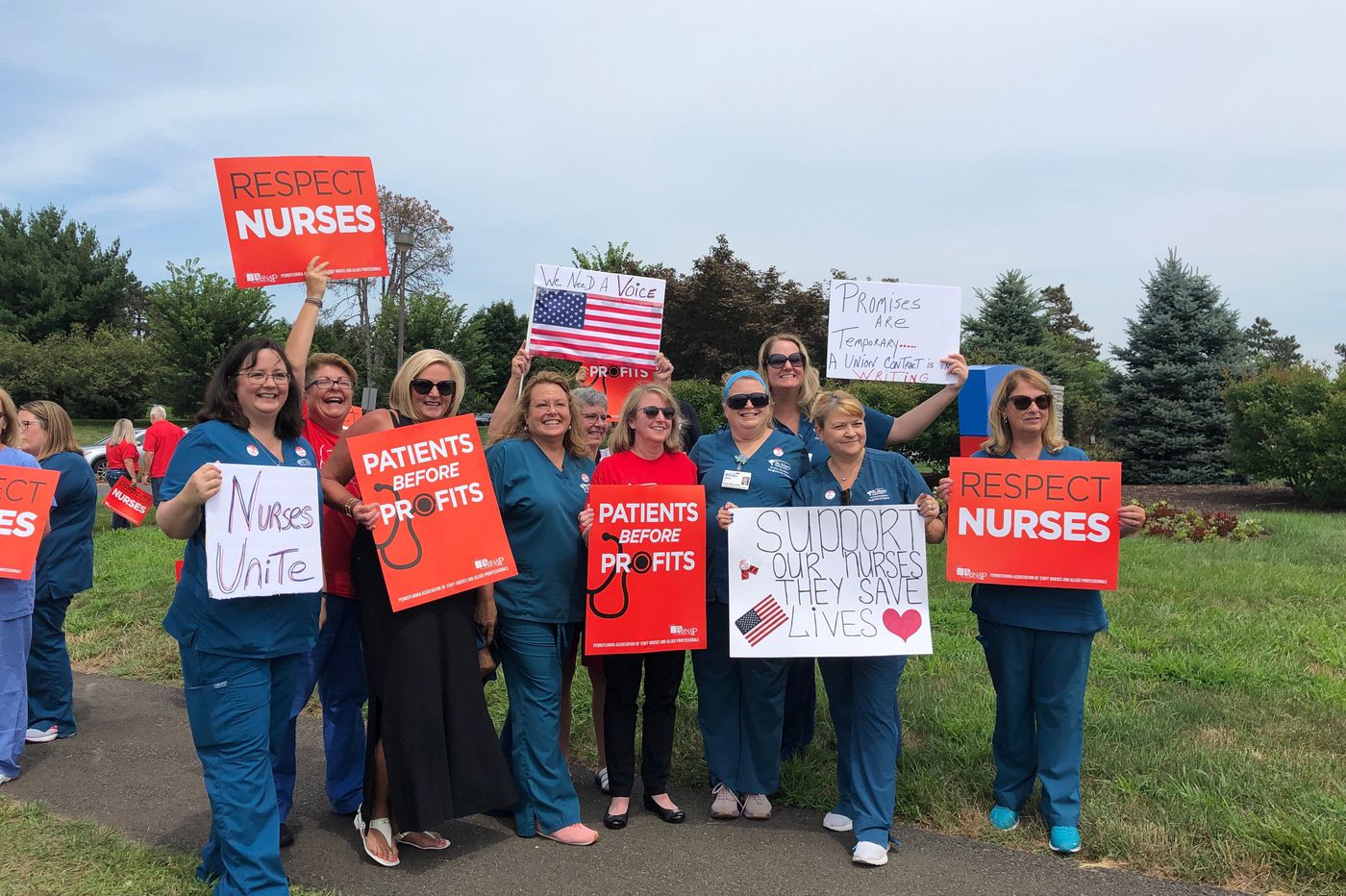 (LANGHORNE, PENNSYLVANIA) - For a year and a half, a group of Nurses at St. Mary Medical Center in Langhorne met with management to share their concerns about the cuts they had seen over the last few years - from staffing to on-call pay to sick leave.  The quality of care, the Nurses believed, had taken a hit and when nothing changed, they contend, they decided to Unionize and did so by a final vote of 403-to-285.

Eight months after those initial organizing talks and a process marked by fierce Anti-Union activity at the hospital, nearly 800 Nurses at St. Mary have voted to join the Pennsylvania Association of Staff Nurses and Allied Professionals (PASNAP).  It’s one of the largest successful Union Campaigns in the Philadelphia Region in the last few years.

“This was ‘never about money,’” said Donna Halpern, a 57-year-old Nurse in the Cardiac Critical Care Unit. “I ‘want to be able to go and care for my patients within the scope of my license and not have to worry about which patients get one-hundred-percent of my care.’”

The organizing victory could have ripple effects throughout the region, as St. Mary is one of five hospitals in the Philadelphia area owned by Trinity Health.  The others owned by Trinity, one of the country’s largest Catholic health systems, are Mercy in West Philadelphia, Mercy Fitzgerald in Darby Borough, Nazareth in Northeast Philadelphia, and St. Francis in Wilmington.

Mercy Fitzgerald, organized by PASNAP in 2000, is the only other Unionized Trinity Hospital in the area.  PASNAP tried to organize Mercy, but lost the election in 2016.

Trinity, a not-for-profit based in Livonia, Michigan, owns 92 hospitals in 22 states.  Just 4% of Trinity’s 133,000 Staffers are Unionized, according to a January 2019 company document.

The St. Mary Organizing Campaign comes three years after PASNAP, an Independent Union launched in 2000, saw a wave of successful Organizing Campaigns, adding 3,000 Nurses and Techs to its membership rolls at a time when most Unions in Philadelphia and nationally were stagnating.

To Read This Labor News Story In Its Entirety, Go To: www.inquirer.com/news/st-mary-medical-center-nurses-unionize-pasnap-20190826.html?fbclid=IwAR2yU2SoiLYtKJI6haLyXXUjuh_yY69lgd-VE3KFkei6QixwF_9Kbqtpdqc