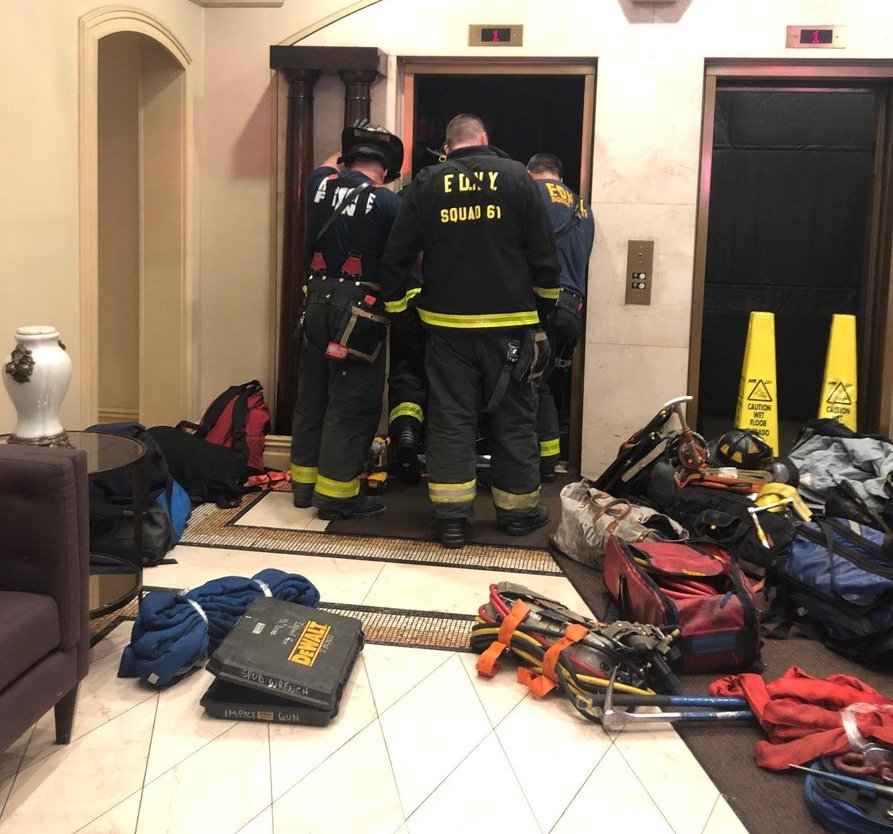 (NEW YORK CITY) - Thirty-year-old Samuel Charles Waisbren was killed in an elevator accident at the Manhattan Promenade in Kips Bay, a high-rise building on the East Side of Manhattan.  Officials said Waisbren was trying to exit after he became trapped when the car shifted.  Six other people were in the car, but no other injuries were reported. Residents said there were previous problems with the elevator and the building had been cited in May.

The International Union of Elevator Constructors (IUEC) Local 1 has worked for eight years to get a bill passed - the Elevator Safety Act - State Legislation that sets minimum education and training standards for Elevator Mechanics.

The legislation would also create an Elevator Contractors License and an Elevator Safety and Standards Board.

The Bill was approved by the Assembly and Senate in June, but has not yet been submitted to Governor Andrew Cuomo for his approval.

Twenty-three people have now been killed in elevators in New York City and 48 seriously injured from 2010 to 2018.

More than half the fatalities were Mechanics who had never been required by City or State Laws to undergo training.

“(This) accident is ‘unfortunately just the latest example in a series of tragedies involving elevators in New York State over the last several years, and our hearts go out to the victim’s family at this difficult time,’” said Lenny Legotte, who serves as Business Manager for IUEC Local 1. “We ‘can’t let another innocent person die as a result of improper training.  ‘It is time for New York to join more than thirty other states that already have strong Elevator Safety Laws.’”

Poor enforcement of City Safety Standards, which appears to be the case here, and unscrupulous contractors have resulted in the dangerous conditions for those repairing elevators, as well as the millions of residents, such as those at the Manhattan Promenade, that use elevators every day.

With the Bill in place, the State’s Department of Labor and the city’s Department of Buildings will issue Statewide and City-based licenses that will require critical safety and skills training for those involved in repairing elevators.

Micheal Halpin, the Director of Legislation for the Elevator Industry Work Preservation Fund, said of the Bill: “It ‘sets minimum education and training requirements’ for an Elevator Mechanic, ‘licensing of’ Elevator Mechanics ‘and mandates Statewide’ Elevator Inspections.  (The Union) ‘has its own training program for apprentices and the standards in the new legislation will match theirs.”’

Added IUEC Local 1’s Legotte, “It’s ‘going to be a game changer for elevator safety, for the riding public and for the whole state of New York.’”

To Directly Access This Labor News Story, Go To: http://laborpress.org/elevator-constructors-union-renews-calls-for-enhanced-safety-following-30-year-olds-tragic-death/