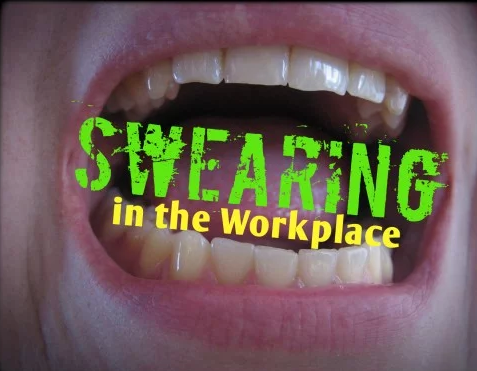 The NLRB, the main Federal Labor Law Enforcement Agency, is seeking public comment on the subject for an upcoming case.

"We will be requesting public briefing on whether to adhere to, modify or overrule the standard applied in previous cases in which extremely profane or racially offensive language was judged not to lose the protection of the NLRA," said NLRB Chairman John Ring in a letter to Democratic U.S. Senator Patty Murray, the Ranking Minority Member of the Health, Education, Labor and Pensions Committee.

The NLRB is seeking public comment on a 2017 case called General Motors LLC, currently still before the board.  The case involves whether a Worker who was a Union Official lost NLRA protection because he threatened to "shove" an item up the backside of a supervisor and spoke in "slave-like vernacular."

The NLRB is concerned that the existing policy of declaring such profane speech to be protected by the act may be outside what is considered acceptable workplace behavior, said a knowledgeable source.

The issue that has come up in several recent cases before the NLRB.

The act protects Workers engaged in what is called "concerted protected activity" - organizing for a Union or operating as a Union Official - from being fired.

The standard is meant to protect Workers making critical statements or allegations regarding the employer.

The law assumes that firing a Worker engaged in such activity is retaliation by the employer.

However in some recent cases, such as the General Motors one, Workers engaged in Union Activity have been documented making verbally abusive or harassing statements to others that have little to do with Union matters.

In the 2016 case Cooper Tire and Rubber, the then-Democratic majority board ordered a manufacturer to pay restitution to the Employees it fired because they shouted racial epithets at Replacement Workers who crossed a picket line.

The five-member NLRB currently only has four members and the term of Democratic appointee Lauren McFerran ends in December.

The NLRB is hoping to get as much done as it can before her term expires, because it is unclear when the Senate will fill its vacancies.

To Directly Access This Labor News Report, Go To: www.washingtonexaminer.com/policy/economy/nlrb-may-change-rule-protecting-profane-speech-by-union-activists?fbclid=IwAR3Pw0Ofbxcg5xVWAf7jw623LpBVaJZv6FTIF9Qui0B6wheXm_fTihI26rQ