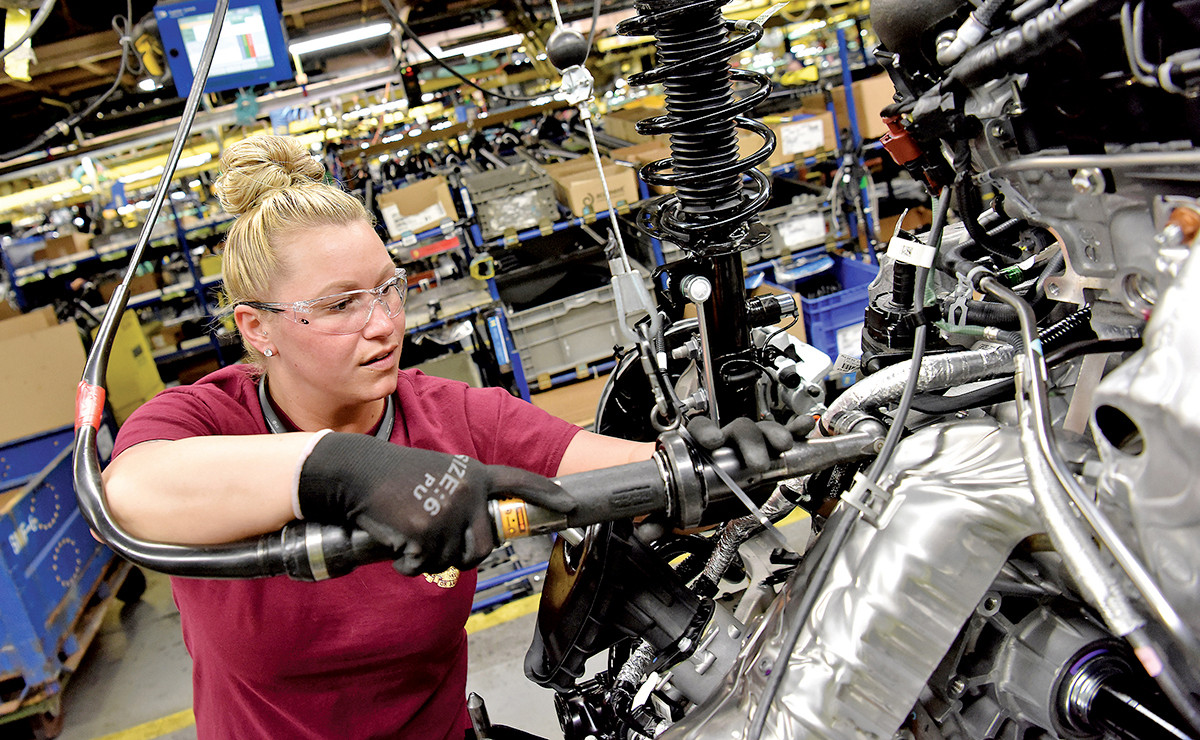 (DETROIT, MICHIGAN) - Four years of strong profits for U.S. Automakers all but ensure the United Auto Workers (UAW) will seek significant hourly wage increases for the Union's Rank-and-File as contract talks continue - and that's expected to be a sticking point as General Motors, Ford and Fiat Chrysler Automobiles prepare for a changing industry, slowing sales and an economic downturn.

The UAW is eager to lock in wage gains and other benefits for the next four years.  That comes as hourly labor costs for the Detroit Three continue to rise, widening the gap separating them from Non-Union, foreign-owned competition in the United States.

How and where bargainers strike a balance both can live with - and sell to both investors and Union Members - holds major implications for the automakers’ ability to compete amid shifting priorities and greater calls for cash as they invest in autonomy and electrification.

“I don’t know how they get there, because there is so much pressure from the Union side for wage increases,” said Kristin Dziczek, who serves as Vice President of Industry, Labor and Economics at the Center for Automotive Research (CAR).

UAW President Gary Jones set the tone for negotiations at the opening-handshake ceremony marking the official beginning of labor talks: "Since the 2015 negotiations, (the Detroit Three) has seen enormous gains in profits - profits made possible by the UAW Workforce.  My Brothers and Sisters who build these cars and trucks and SUVs, and who stood by this company and made sacrifices to ensure its survival, expect to share in those profits."

Union Officials have argued the automakers have money to spare after years of reporting fat profits since Union Workers last ratified a contract in 2015.

Those profits led to profit-sharing checks that Workers have come to rely on - but also led to fluctuating personal income, Dziczek said.  “It is very difficult to plead poverty from the company’s standpoint because they have been doing very well, but they have also been sharing that through the profit-sharing fund,” she said.

Detroit Carmakers are expected to point to the pay gap between them and foreign producers like Toyota and Honda with plants in the United States.

Foreign producers spend about $50 an hour for Workers in U.S. plants, according to data from the Center for Automotive Research.

To Directly Access This Labor News Report, Go To: www.detroitnews.com/story/business/autos/2019/08/22/wage-battle-looms-over-contentious-uaw-auto-talks/2056823001/?fbclid=IwAR0kOSDl-9gt1WODxXPxMOUh8unMVJKs5EhAKmXknfmcOoxfuN7TPHC6OWo