If You Are A Union Member Who Makes A Decision To Shop At Walmart, You Need To Watch This: Walmart Anti-Union Training Video Is Another Reason Not To Shop There 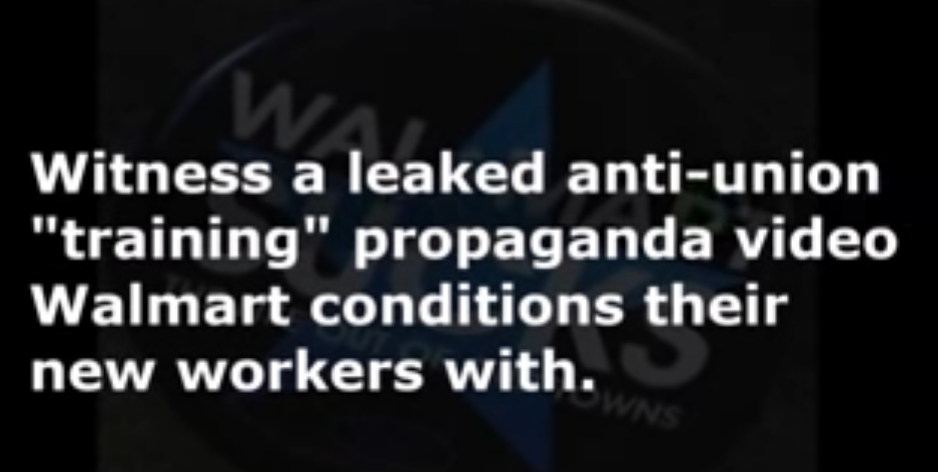 Walmart is the richest country in the world by revenue and it has received billions in tax cuts per year thanks to the Republican Party.

In fact, the Walton Family heirs have a total wealth that is more than 43% of that of American families - combined.

All that as many of their Store Employees have relied on food stamps to survive.

If that is not enough to make your head spin or stomach churn, an Anti-Union “Training” Video has been publicly leaked.

When companies like Walmart are legally allowed to brainwash Employees with false propaganda like this, it is no wonder that wages stay artificially low and obscene wealth goes to the very few.

With that said, take a few minutes and watch this entitled: Walmart Union-Busting Employee Video at www.youtube.com/watch?v=ONKkoiszVSs

To Directly Access This Labor News Story, Go To: http://labor411.org/411-blog/walmart-anti-union-training-video-is-another-reason-not-to-shop-there/