How The Skilled Trades Are Winning Over Women - In Canada 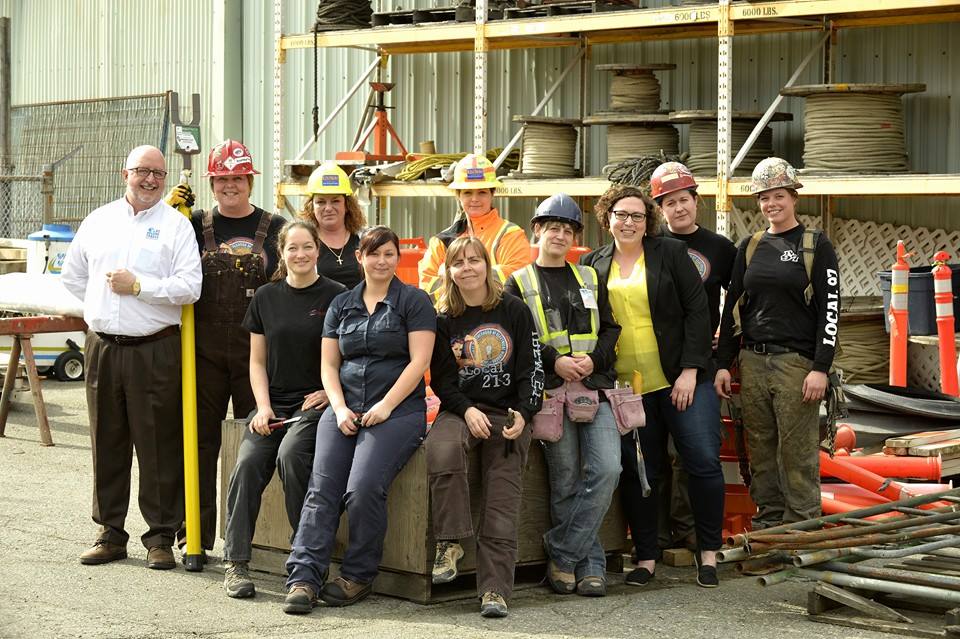 It's going to take thousands of Skilled Workers to build LNG Canada's $40-billion Liquefied Natural Gas Project in Northern British Columbia in Canada - and it's betting on women to take it over the finish line.

This Summer, the company announced plans to boost the number of Tradeswomen who will build the processing plant in Kitimat to 10%, double the provincial average.

This isn’t an act of goodwill - it’s a necessity because Canada is facing a critical shortage of Skilled Tradespeople.

With demand rising and retirements accelerating, Build Force Canada estimates the construction industry will need to fill more than 300,000 vacancies over the next decade.

Women are an obvious way to deepen the talent pool: They make up about 48% of the Canadian Labor Force, yet hold less than 4% of jobs in the Skilled Trades.

“This lack of diversity is not a women’s issue, it is a workplace issue.  We are missing out on a talented demographic,” said Andy Calitz, the CEO of LNG Canada. “We want women to know there is a place for them on our project.”

Closing the gap will require the Public and Private Sector actively recruiting, training and mentoring women in the Trades, after decades of targeting men.

In Kitimat, LNG Canada has set up a four-week training program in partnership with Women Building Futures, an organization that supports women in the Trades.

It will be offered multiple times over the next 18 months, with the first training session starting in November.

It doesn’t guarantee participants a job, but it puts them on the right track, and on LNG’s dime.

The cost of airfare, accommodations, tuition and safety equipment is covered by the company.

It’s a robust response to the skills gap - and LNG is not alone.

Across Canada, there is a concerted effort to change the old ways.

And it’s starting to pay off.

According to Statistics Canada’s most recent Labor Force Survey, the number of women in the Trades is slowly ticking up, from 3.7% a decade ago to 3.9% now.

In last year’s Federal Budget, the government announced $20 million over five years for the Apprenticeship Incentive Grant for Women, which helps to cover the costs of training as an Apprenticeship in a Red Seal Trade where women are underrepresented, like plumbing or welding.

The government also announced $10 million over three years to support projects that have proven effective in attracting women to the Trades, such as Mentoring Programs.

Even though it will continue to take time, bringing more women into the Trades is part of an essential restructuring Canada needs to undertake as we enter the 2020s.

We can rise to the skills challenge by empowering people with the right skills, regardless of old perceptions.

To Continue Reading This Labor Perspective, Go To: https://discover.rbcroyalbank.com/how-the-skilled-trades-are-winning-over-women/