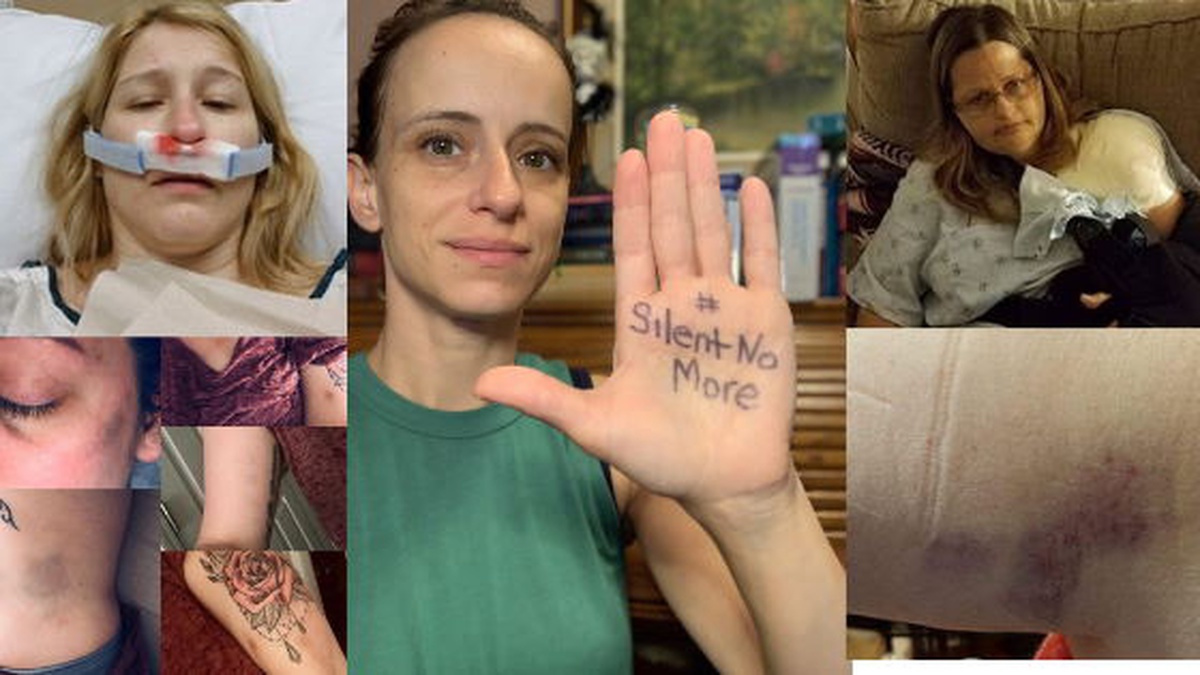 With only six months on the job as a Registered Nurse (RN), Angela Simpson got hit hard on the top of her head by an agitated dementia patient.

His IV had stopped - which hurt him, and she was trying to help him.

“It ‘shocked me, so I jumped back.’  ‘He was on his way to punch me a second time’,” the Maryland Nurse says.

But she was able to avoid another hit.

“It was ‘so alarming and so unnatural, but I felt like I had gone through some christening experience’ and I was ‘no longer the new’ girl,” she says.

She considered herself lucky because she walked away with a bump on her head.

In health care, there remains a big cloak of secrecy over Workers defending themselves from abusive patients and never reporting the incidents.

According to the American Nurses Association (ANA), 1 out of 4 Nurses are assaulted on the job.

After hearing too many sad and horrific stories of Nurses, Doctors and others getting hurt, maimed or killed in their jobs, Simpson founded in 2017 and serves as National Director of the not-for-profit Silent No More Foundation.

She has been building the organization with a growing number of members on the Silent No More Foundation Facebook Page and an affiliated Facebook Group Page for more private interaction.  Anyone interested can join one or both.

She has gained very committed volunteers who are lobbying State Legislators to get more Protection Laws.

She also inspired thousands of interested people to contact their House representatives during the organization’s National Call-In Day in mid July.

Simpson is a Registered Nurse with a tablet and a stethoscope.

Her husband is a Corrections Officer.

“It is ‘more likely’ that I will be hurt on the job by an assault ‘than him.’  ‘He gets to use pepper spray and has a bullet-proof vest and he has others to back him up.’  ‘He has the right to defend himself,’” she says.

Studies show over and over again that violence against Health Care Workers has become a rising epidemic.

The prevalence of Workplace Violence in health care remains higher than most professions.

The National Crime Victimization Survey showed Health Care Workers have a 20% higher chance of being the victim of Workplace Violence than other Workers.

“So many people ‘don’t want to talk about it.’  ‘They think they will be in trouble if they talk at work about being assaulted,’” Simpson said.

To Continue Reading This Labor News Report, Go To: https://nurse.org/articles/workplace-violence-in-nursing-and-hospitals/?fbclid=IwAR0cLg7SmOq1zgCN7eGCfADeCb3gKbCtrs0h9HJTdhrGPMhm5Pp1T0G1TOU