Truckers Across The Country Voted For Trump For President In Droves In 2016, But Now They Say His Trade War Is 'Killing' Their Ability To Make A Living 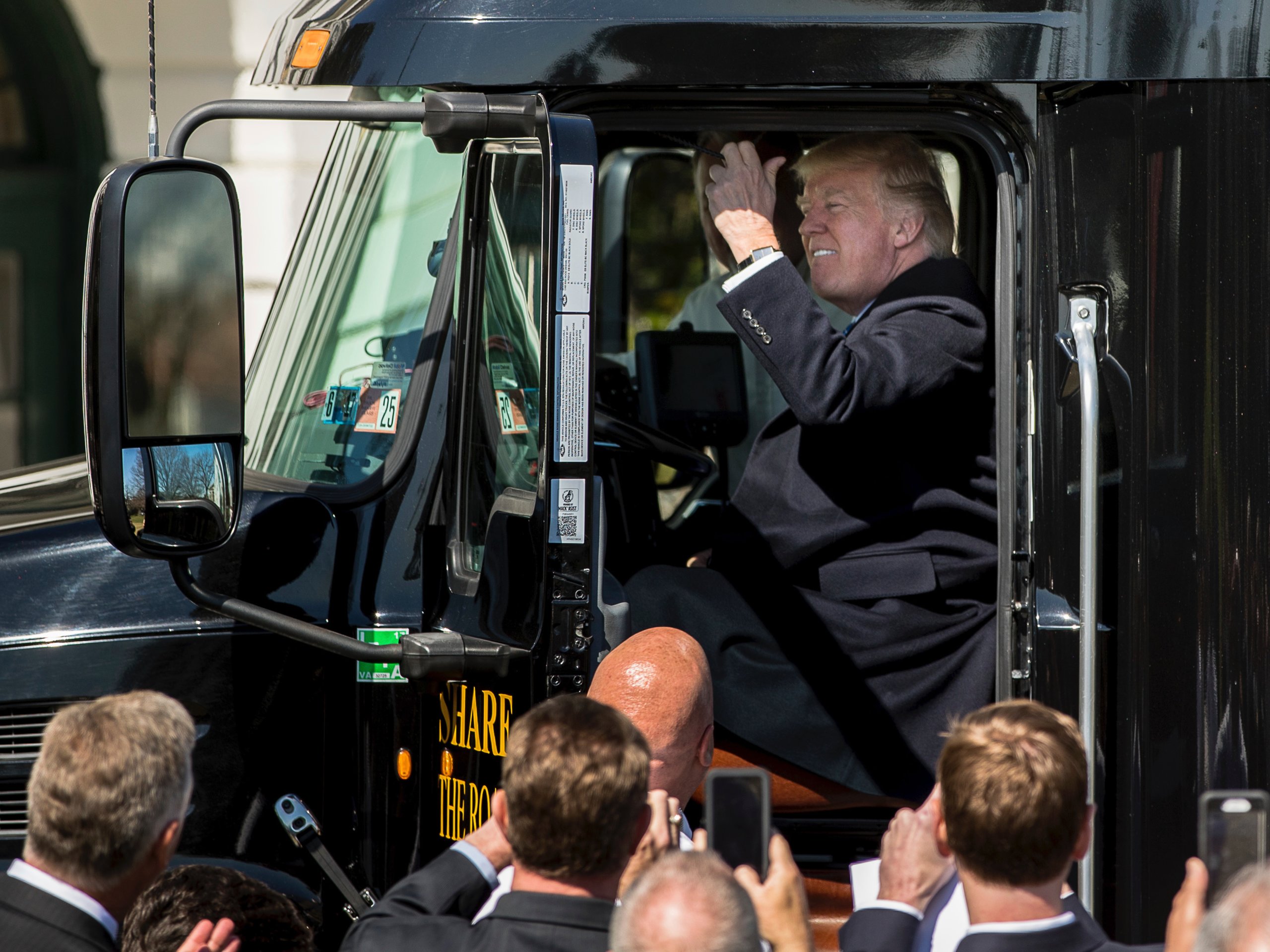 Morris Coffman has been a Truck Driver for 35 years and he's been a Conservative for even longer than that - his whole life.  "That said," Coffman told Business Insider, "(Trump) is ‘absolutely a moron.’  ‘His idiotic ideas will tank the economy even further.’"

A Verdant Labs analysis of Federal Elections Commission data found that nearly three-quarters of Truck Drivers are Republican - one of the most conservative jobs in America, along with Surgeons and Farmers.

And Truck Drivers supported Trump in droves, according to an Overdrive Magazine survey from 2016.  About 75% said they planned to vote for Trump, up from 66% who supported U.S. Senator Mitt Romney, the Republican Presidential Nominee in 2012.

But now, a sharp downturn in the trucking industry and a slew of tax changes have hampered their ability to make a living - and many connect those two trends to Trump's economic policies.

"He has ‘not affected our business in a positive way,’" said one Truck Driver who asked to be quoted anonymously for fear their small business might suffer. "He's ‘killing’ our business.  ‘If consumers aren't buying, then there is no demand.’  ‘This really isn't about my political leanings - it's pure business.’"

Trump's tax reworking in 2017 led to many Truck Drivers having to pay hundreds in taxes this year, thanks to a change in per-diem laws.

Dennis Bridges, an accountant who specializes in doing taxes for Truckers, told Mother Jones in April that 75% of his clients saw an unusually large tax payment, and about 20% had to fork over more than $5,000.

That might've been bearable in 2018, when trucking capacity was tight, the industry was raking in cash, and Truckers saw their pay jump, but now the trucking "bloodbath," as Coffman and other Truckers describe current transportation conditions, has meant low rates and low pay.

Trucking has been in a recession since late 2018.  Transport research groups reported that the volume of trucks purchased in July fell to its lowest level in nearly 10 years.

The number of loads needing to be moved in the spot market tumbled by 37% this July compared to one year ago and rates have fallen by as much as 18%.

"I have ‘witnessed many ups and downs in the industry but nothing like this,’" Coffman told Business Insider. "Many, many Owner-Operators and Drivers ‘have either lost equipment or lost a job in the last year.’"

To Continue Reading This Labor News Story, Go To: www.businessinsider.com/truckers-donald-trump-trade-war-taxes-2019-8?fbclid=IwAR3lM2WPLFCWCMe9c2FZRDc9xk5yQSKzeVP0VKNNhHPrtkwG0VfNVIRQghw