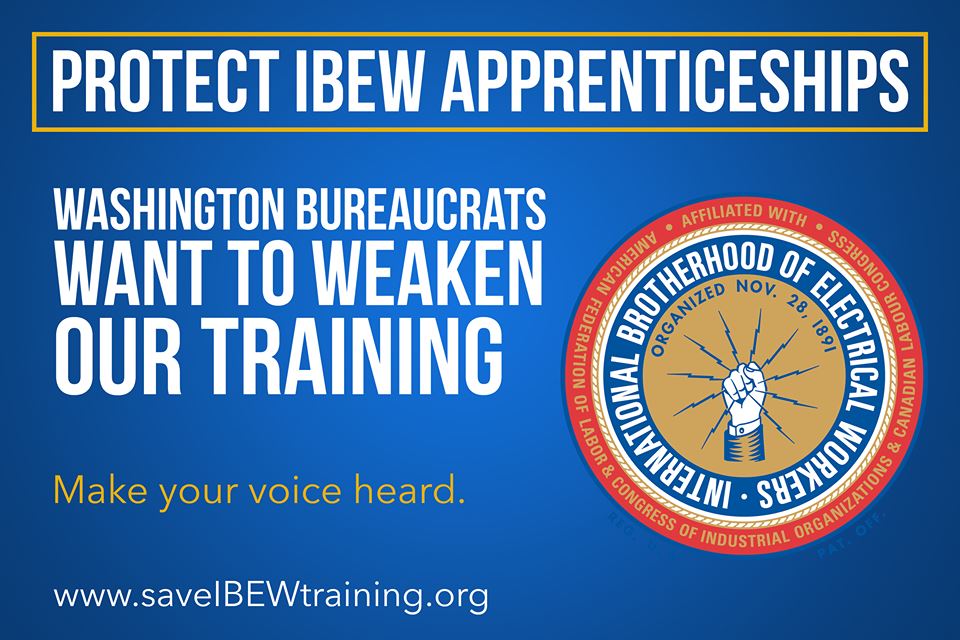 (WASHINGTON, D.C.) - According to a report at Politico, Workers who are a part of one of the Nation’s largest Unions are very unhappy with Republican President Donald Trump’s Labor Department after they had fallen in line behind Trump following this election in 2016.

The report states “a deal gone bad between Trump and North America’s Building Trades Unions over a Labor Department Apprenticeship Initiative” is at the heart of the dispute that could cost Trump votes in the 2020 Election.

Politico reports that Leadership of the Union endorsed former Secretary of State Hillary Clinton in the 2016 election, but the Rank-and-File Workers of the “NABTU (North American Building Trades Unions) has always been viewed as more conservative than other Labor Groups, and since Trump’s victory it has weathered criticism from the Left for that reason.”

Now the Workers are faced with a new rule from the Labor Department that “will undermine their own job-training programs and create a supply of cheap labor for developers, undercutting high-skilled Construction Workers who rely on prevailing-wage jobs to make ends meet.”

“It’s an ‘existential threat to the Building Trades,’” confessed one administration official who took part in the negotiations, with Politico adding that the Union “that represents millions of Construction Workers across the U.S.” is “seeing early signs of a Member-driven revolt against Trump in 2020.”

According to Steve Rosenthal, an Analyst and former Political Director for the AFL-CIO: “The Building Trades have the potential to be a significant force in the 2020 Election particularly in some of the key Swing States like Michigan, Wisconsin, Pennsylvania and Iowa.”

He added: “The Building Trades know how to mobilize their Members and move votes.  And their opposition to Trump can have a ripple effect beyond their members and their families to other voters in the communities where their members live and work.”

The report goes on to note: “The Labor Department’s proposal has received more than 160,000 comments, the vast majority of them from Union Members vouching for the strength of the Unions’ existing training programs.  Most of the comments implicitly rebuke officials in the White House who have sought to make the proposal less favorable to Unions.”

To Directly Access This Labor News Story, Go To: www.rawstory.com/2019/08/trump-backing-union-workers-turn-on-president-over-new-labor-rules-as-election-nears/?fbclid=IwAR2ZLwxwBkAtwxlWjNZLSUBVoMtEFUCS_y77WY05xIvm5CljNp1sw28O1Qg