Labor Perspective From Vox Media Editorial Staff Member German Lopez: I Was Skeptical Of Unions, Then I Joined One - A Union Isnt Just Right For Vox Media, But For Everyone. 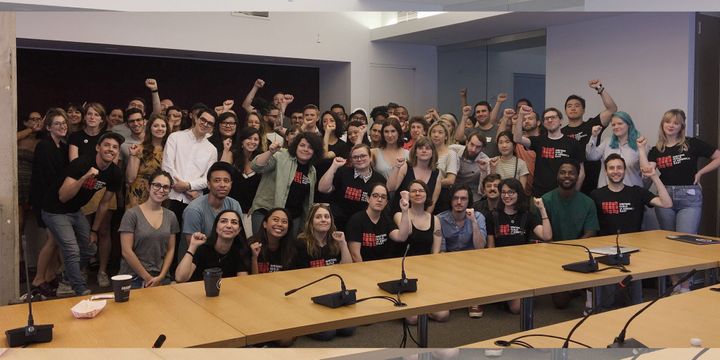 On November 17th, 2017, right after the Vox Media Editorial Staff started a push to Unionize, I sent out my worst tweets of all time: “I am against #VoxUnion.”

I wrote in another: “Vox Media is a generous company (unusually so for digital media), and some people want to take advantage of that.”

“I am generally fine with and even supportive of Unions,” I concluded. “Just not this one.”

I wasn’t convinced, based on my experience, that we needed a Union to ensure the company treated us well.

And, I was worried that “lazy” or bad Workers could take advantage of Union Protections to stay on the job - something I feel that Police Unions, for instance, have helped do with even the worst cops.

Almost immediately, I was barraged by much of Lefty Twitter with a huge ratio.

A few people tried to genuinely debate me, explaining that Unions could be good for even Workers who feel they are well off, but it was mostly insult after insult, and after a while, I stopped looking at my notifications.

A year and a half later, sleepless - but amped up on coffee and solidarity from a 29-hour marathon final bargaining session, I celebrated with the rest of the Bargaining Committee, made up of select Union Members who negotiated directly with the company, as the Union and Vox Media management reached a contract agreement.

Good organizing and outreach from colleagues helped change my mind about the need for a Union at Vox Media specifically, but so did approaching the research on Unions the same way I would any topic in my reporting: by looking at the data and talking to experts.

Research suggests Unions have their biggest effects from density.

When more people are part of a Union, Unions don’t just boost their Members’ wages and benefits - they also lift up those they don’t represent.

Unions accomplish this in two ways: The first is through bargaining on wages and benefits, which, because Unions tend to represent Lower- and Middle Class Workers, helps people who generally haven’t gained as much from the U.S. economy in recent decades.

Second, politically active Unions push for progressive policies that lift up the entire Working and Middle Classes, not just their Members.

Indeed, Unions were crucial to some of the biggest gains in this area in the past century, from the New Deal to the Affordable Care Act.

In doing this, Unions also help address income and wealth inequality, which have fueled social and political discord in the U.S. in recent decades.

To Continue Reading This Labor Perspective, Go To: www.vox.com/policy-and-politics/2019/8/19/20727283/unions-good-income-inequality-wealth?fbclid=IwAR1FMoN0av06WaYXkKDiSCgCLfG-2mGIPEdXG7ccOZ0x_kqlCVNUPcq0BNg